In the opening chapters of Alice Schroeder's "The Snowball," she recounts Warren Buffett's Sun Valley speech in 1999. The gist of Buffett's speech was to express his belief that tech stocks were going to cause a lot of pain. With the benefit of hindsight, his speech is a revelation in its accuracy. And like anything from Buffett, there are some great lessons to learn.

I will be talking about pricing stocks, but I will not be talking about predicting their course of action next month or next year. Valuing is not the same as predicting. In the short run, the market is a voting machine. In the long run, it's a weighing machine. Weight counts eventually. But votes count in the short term. And it's a very undemocratic way of voting. Unfortunately, they have no literacy tests in terms of voting qualifications, as you've all learned. - W.B. Sun Valley Conference, 1999

He goes on to compare the 1990s bull market with its lagging profits and rising prices due to multiple expansion to the 17-year period between 1964 and 1981, when GNP and revenue of Fortune 500 companies grew fivefold. 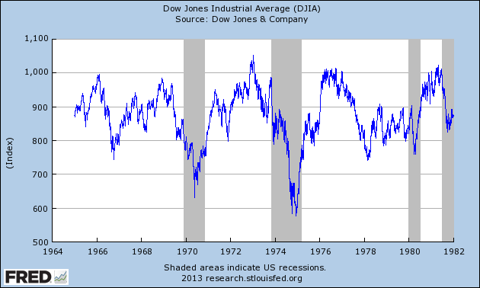 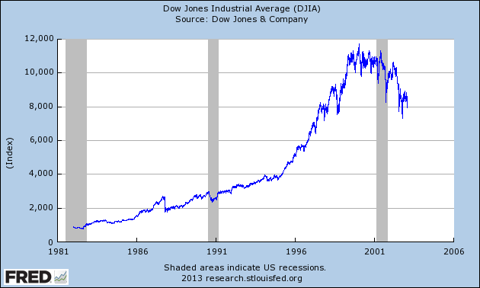 Below is a chart of P/E ratios over the history of the S&P 500. The multiple compression from 1964-1981 is quite clear as well as the multiple expansion in the late 90s. And, we see that today multiples are back within the confines of the historical range.

One way to use P/E ratios is as a measure of investor optimism about the future. In the early 1980s, there was little excitement surrounding the stock market with Businessweek's infamous "Death of Equities" cover. The peak of a bull market coincides with incredible optimism and unrealistic expectations of the future while the bear market ends with total disinterest in the stock market.

Of course, this begets the question of where are we on this continuum between extreme optimism and extreme pessimism? Naturally, we want to buy the pessimism and ride the swing toward optimism. Whether the market is correctly priced or at an irrational extreme is only obvious in retrospect. The human mind can rationalize basically anything and tends to extrapolate the present into the future whether it was the ridiculous valuations in 2000 or the depths of March 2009.

This brings us back to Buffett and his metric of determining where we are on the continuum - total market cap to GNP. The chart below from myPlanIQ shows the chart over the last 10 years. Not shown is that this ratio hit 200% at the peak of the tech bubble.

We are now above Buffett's buy zone but not near levels of valuation reached at previous important tops in 2007 and 2000. I think this is an important concern as the market makes its assault on all-time highs. The iShares Russell 2000 Index (IWM) has already exceeded its all-time highs, and the SPDR S&P 500 ETF Trust (SPY) is about 5% below its own all-time high.

I detailed in this article, the widespread participation in this rally, which I believe is a good intermediate sign. Despite these reasons for optimism, there are reasons for concern: the mainstream media are becoming increasingly bullish, retail money is beginning to trickle back into equity funds and out of bond funds reversing the trend from the last few years and sentiment measures are at record bullish levels.

Therefore, a correction at some point to balance sentiment, shake out some bulls, and suck in shorts would be quite healthy and expected. However, I think this correction would prove to be a good buying opportunity. Based on Buffett's valuation metric, extreme levels that would mark an ultimate top to this rally has not been hit despite the market's stellar performance.

Jaimini Desai
332 Followers
I am an independent trader. I began actively trading in 2008 and my perspective is shaped by the collapse of 2008 and the incredible rally of 2009. My approach consists of seeking out fundamentally strong stocks that are unloved by the market and then assessing general market conditions to manage risk. Outside of the markets, I enjoy playing tennis, working out, and pushing myself to conquer my fear of public speaking.