Moody’s takes a closer look at sovereign debt ratings in the light of the unprecedented expansion of most Aaa governments’ balance sheets. While it does not include any changes in ratings, it does provide more insight from Moody’s about potential pressures on current sovereign Aaa ratings.

Our categorization of Aaa sovereigns in the current crisis – differentiating between the “resistant”, the “resilient” and the “vulnerable” – remains pertinent and illustrative. However, regardless of category, almost all Aaa-rated sovereigns have been hit more severely by the global downturn than we expected earlier this year.

Nevertheless, all Aaa countries now have stable outlooks, indicating that we do not expect rating downgrades over the near term, beyond our recent downgrade of Ireland (from Aaa to Aa1 with negative outlook) which had been the most “vulnerable” Aaa.

The following Moody’s chart illustrates how much of an outlier Ireland is: 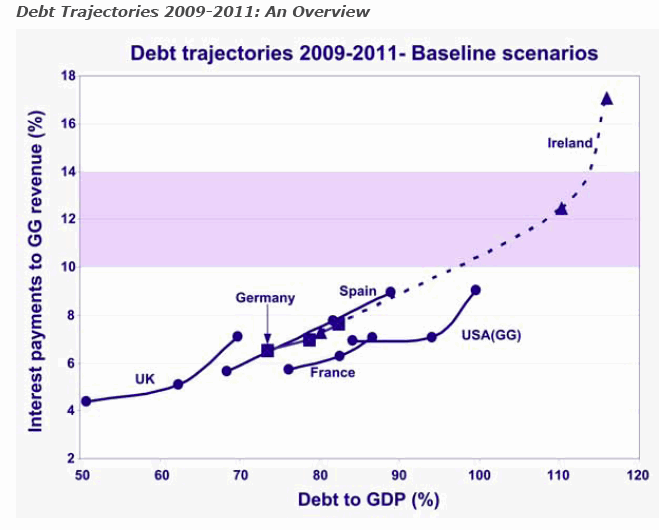 Despite the ballooning federal budget deficits and debt load, the US is the only country deemed by Moody’s to have a “very high” ability to grow its way out of debt. 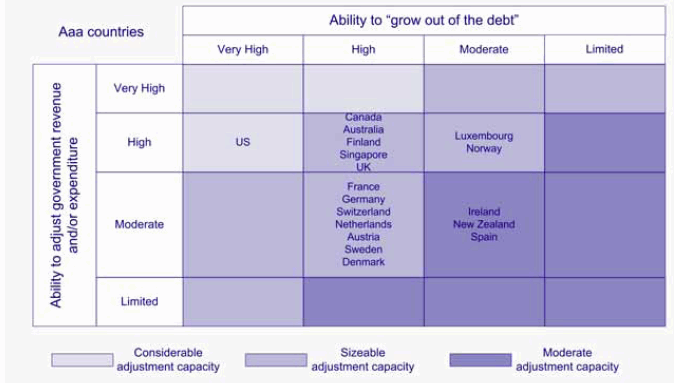 Moody’s “debt triangle” shows how the US is highly rated on its ability to finance and reverse its debt, but less so on its affordability – the amount of the collected taxes that must be channeled to repay interest as a percentage of their annual revenues (interest payments/revenue). 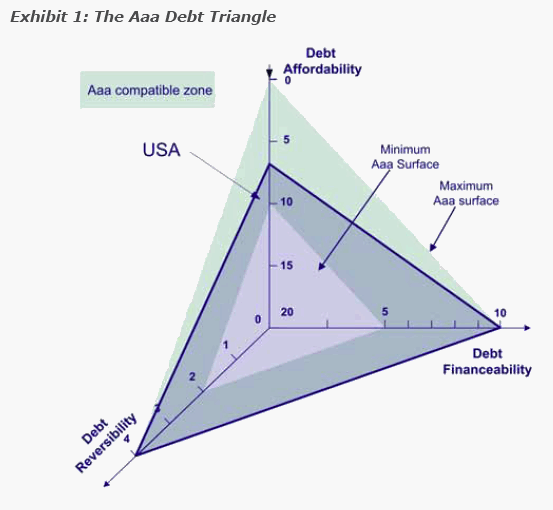 For an even deeper dive into Moody’s thinking and methodology, see Why Aaa Sovereigns Get Downgraded

Research Recap
456 Followers
ResearchRecap (http://www.researchrecap.com/) is a service provided by Alacra (http://www.alacra.com/). Research Recap (http://www.researchrecap.com/) is designed to showcase compelling industry, economic, academic, market, investment and credit research. The audience includes the investment community and professional services firms, as well as others interested in the types of research we include.