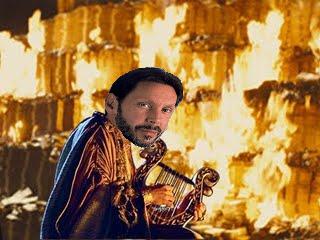 Maybe I belong to a different generation, but I have certain expectations regarding behavior and responsibility, especially when other's are your subordinates and maybe even extending to your shareholders.

As a short term holding I've always looked to Oracle (NYSE:ORCL) as a potential addition to my portfolio that relies on the use of a covered call strategy.

While I have often thought of buying Oracle shares, in 2013 I've only done so twice, this most recent occasion being in advance of its earnings report. In hindsight, however, I wish I had done so much more frequently because of how mediocre its price performance has been.

As a covered option trader I like mediocrity, at least when it comes to share price. That's the perfect price behavior to be able to buy shares and sell calls or simply sell puts and collect premiums, sometimes dividends and sometimes small capital gains on shares with relatively little fear of large price swings downward. With little movement in underlying shares you can do so over and over again.

Oracle was truly perfect, that is of course, as long as you ignore the two earnings reports prior to Wednesday evening's numbers being released.

Any company can see its shares tumble after releasing earnings or providing guidance. In fact, it doesn't even take bad numbers to do so. All it takes is for disappointment or unmet expectations to permeate the crowd. After all, the saying "buy on the rumor and sell on the news" got its start in the aftermath of what would seem like paradoxical behavior from investors.

So I think a company can sometimes be excused for what happens to its shares after earnings.

What I have a harder time excusing is the excoriating finger pointing that came on that occasion six moths ago when Oracle shares plummeted in what appeared to be a company specific issue, as its competitors didn't fare as poorly in their reports and didn't suffer similar market misfortunes.

Larry Ellison, the CEO, blamed his salesforce for the quarter. He cited their lack of urgency which allowed third quarter sales to slip into the fourth quarter. I don't really now how Oracle's sales force is compensated, but deferring sales is not a typical strategy.

When the next earnings report was released this time Ellison blamed Oracle's performance on the poor global economic environment, stating "It was clearly an economic issue, not a product, competitive issue," during the ensuing conference call. That, of course, despite the fact, that once again the competition seemed to not experience the same issues. I guess those sales that previously had been said to slip into this quarter remained slipped.

Surely they would show up for the next earnings report.

AS CEO it's probably easier pointing fingers at others. That's certainly the strategy that ruling despots use when there's a need to deflect criticism or place blame to account for the wheat crop shortage.

At the very least Ellison has at least been visible, perhaps too visible. The world learned of his purchase of 97% of the Hawaiian island, Lanai and wondered at that point whether his attention would be diverted from the job of running Oracle, notwithstanding the presence of its President, Mark Hurd.

He was all too visible recently when referring to Google (GOOG) CEO Larry Page as "acting evil" and questioned the ability of Apple (AAPL) to survive in the absence of Steve Jobs.

In a way, perhaps that kind of presence is preferable to the CEO that fails to make any statements following tragic events on one of his cruise liners, not once, but on two occasions. Maybe Ellison won some new customers over with his goodwill.

But here we were, on the day that Oracle was primed to report earnings yet again. For my money, and I did buy shares on Monday, it was inconceivable to me that someone with as much at stake, especially on a reputational level would allow a third successive disappointing report. Whether by slashing costs, financial optics or perhaps by virtue of those sales that slipped from one quarter to the next and then to this one, I was certain that there would be no repeat of the embarrassing price slides the last two times.

Instead of being an integral part of the earnings report and guidance, Larry Ellison was cheering on the crew of Oracle Team USA in a losing effort at today's America's Cup race.

Again, call me old fashioned, but I like to see my CEOs involved in what may have a substantive effect on my fortunes.

The good news is that Oracle didn't have a meltdown after reporting its earnings. In fact shares went higher until reversing the course when the conference call started and the new disappointments were made known, including guiding significantly lower growth than had been expected.

To give Ellison some benefit of the doubt, perhaps he knew that the initial response would be relatively muted and his presence was unnecessary. Besides, was he going to be able to have credibility going back to the well again and blaming macroeconomic business conditions?

Not with me, he wouldn't.

With two days to go until expiration of the weekly options I had sold I expect to be able to extricate myself from the position relatively easily and show a profit for the effort.

In all likelihood I'll also look for any other opportunity to purchase shares because sometimes mediocrity is the gift that just keeps giving. As long as Ellison will be fiddling and paying attention elsewhere, I don't mind an Oracle that simply treads water and stays in place, although I'm sure that the Larry Ellison of old would never have accepted or allowed that kind of an existence.

Herb Greenberg, of TheStreet.com is once again soliciting nominations for the worst CEO of the year. As far as I know the rules don't exclude absentee CEOs. While Oracle is only trailing the S&P 500 by approximately 19% YTD and is certainly performing better than other companies with less than capable management, the shame factor is worthy of your vote.

Disclosure: I am long AAPL, ORCL. I wrote this article myself, and it expresses my own opinions. I am not receiving compensation for it (other than from Seeking Alpha). I have no business relationship with any company whose stock is mentioned in this article.