Where did all the $0.13 Pirated U.S. Recently Released Movies Go?

Prior to the publication of my report, FAB's Beijing kiosks were loaded with pirated recently released U.S. movies. On November 6th, 2013, my investigators filmed this video recording of all of the movies available for download from FAB's 5C Intelligent Media kiosk at its Dong Fang Yin Zuo (Oriental Ginza Mall) location (东直门外大街48号东方银座商场3层). The following sample screen-shots highlight a selection of over 50 pirated U.S. movies FAB offered on this kiosk prior to the publication of my report: 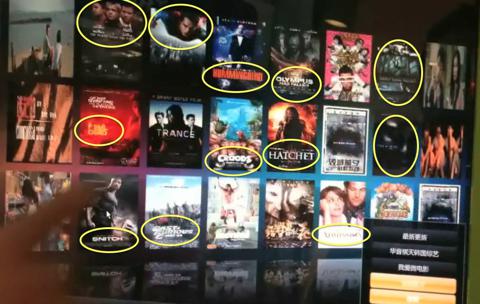 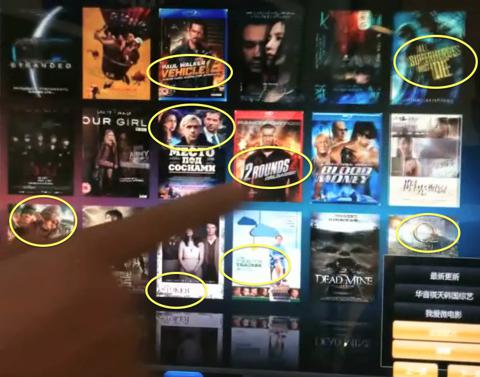 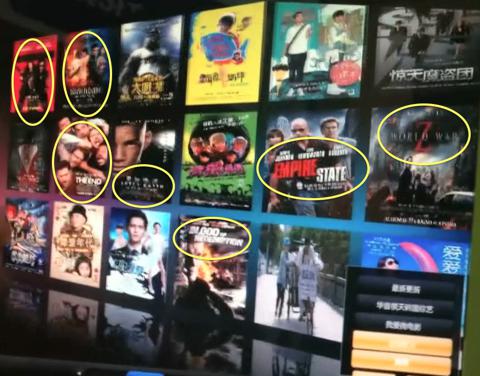 The following is a complete list of pirated U.S. movies FAB offered on its Dong Fang kiosk as of November 6th, 2013:

On Monday, November 18th, 2013, my investigator returned to visit the FAB Beijing Hui Long Guan Wan Yi department store kiosk and discovered that FAB management had deleted all the pirated U.S. movies as well as many of the Chinese movies. The staff explained that due to anti-piracy concerns in China, FAB had recently removed all the U.S. movies from its kiosks, claiming that FAB's "copyright licenses had expired." What a convenient coincidence: FAB's U.S. film distribution rights expired simultaneous with publication of my report!

On Tuesday, November 19th, 2013, my investigator returned to visit the Dong Fang kiosk and found that FAB had similarly removed all of the pirated U.S. movies and many of the Chinese movies. A video recording of the revised list of movies available for download from the kiosk can be seen here. The video clearly shows the complete removal of all the U.S. movies (as well as UK and Canadian movies). The following screen-shots from the video show the complete removal of all the pirated movies which were replaced with old Chinese, yoga, and instructional dance videos. In the absence of pirated copies of cool movies like Iron Man, Man of Steel, and Skyfall, will FAB customers and franchisees really want to continue spending millions of dollars on FAB's kiosk business model? 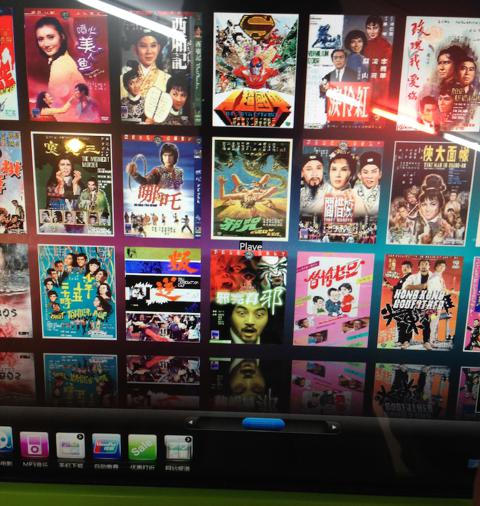 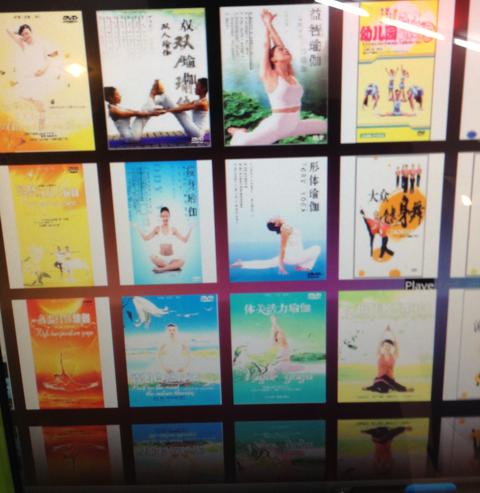 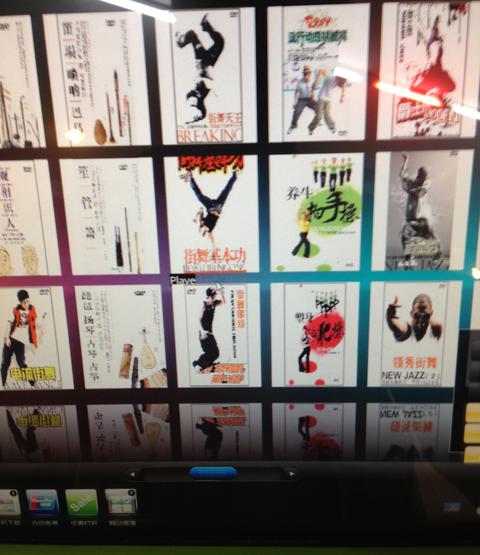 I challenged FAB in my November 14th, 2013 report to publish the complete addresses of all of its approximately 4,000 purported kiosks in Beijing so that investors and researchers could independently confirm their existence. FAB has failed to provide this list.

FAB management has now been caught, red-handed, conducting a full-scale cover-up of its pirated movie business. Without pirated content FAB's $0.13 per movie download franchised kiosk business will collapse. Thousands of franchisees will soon be demanding their "guaranteed minimum" return on investment. This scheme will soon implode.

Alfred Little
1.24K Followers
A*L was established in 2010 by Jon Carnes, a growth and value-oriented investor who lived for six years (from 2005 to 2011) in China where he researched and invested in dozens of Chinese companies, first long (2005-2009) and then primarily short (2010-2012). Mr. Carnes outperformed other investors by performing extensive “on the ground” due diligence, conducted by a team of experienced analysts and local researchers. His investment opinions were greatly respected by other China focused fund managers attracted to the booming economy but wary of getting duped. Over several years of scrutinizing over a hundred companies in every corner of China, Mr. Carnes realized that many of those that had gone public were seriously exaggerating their financial performance in their SEC filings. Investors raced to invest billions into Chinese companies that were dishonest and legally accountable to no one, a recipe for disaster for investors, both large and small. Deciding to take action, Mr. Carnes decided to publicly expose the most egregious frauds he had discovered over the years, focusing on the worst offenders: companies that had exaggerated their profitability by at least 100%. In February 2010, he published a series of reports titled “Management Leaving Investors Stuck at the Pumps” showing that China Natural Gas (formerly NASDAQ: CHNG) management defrauded investors by failing to disclose and likely misappropriating $20 million from an acquisition of an undisclosed related party. Unfortunately, when CHNG discovered that Mr. Carnes wrote the reports, its chairman Qinan Ji responded by sending an agent to threaten him where he lived in China. Frightened by Ji’s threat, Mr. Carnes removed the reports from the Internet. From this point onward Mr. Carnes knew that publishing the truth while living in China might get him killed. Mr. Carnes nevertheless chose to remain in China to continue exposing fraud. Knowing that the safety of his researchers depended upon absolute secrecy and anonymity, he published my reports anonymously online using the obvious pseudonym “Alfred Little.” Beginning with CHNG, over the next two years Mr. Carnes exposed a diverse array of investment fraud committed by a U.S. listed Chinese companies. After two years, CHNG Chairman Qinan Ji’s effort to conceal his fraud finally failed. On 9/21/11 NASDAQ halted trading of CHNG and on 3/8/12 CHNG was delisted. Most importantly, on 5/14/12 the SEC filed fraud charges against CHNG and its Chairman Qinan Ji. Two more of the companies that Mr. Carnes first exposed faced the same fate. On 2/22/12 the SEC charged Puda Coal (formerly AMEX: PUDA) Chairman Ming Zhao with fraud, confirming each of the allegations in his 4/8/11 report, “Puda Coal Chairman Secretly Sold Half the Company and Pledged the Other Half to Chinese PE Investors.” Then on 4/23/12 the SEC charged SinoTech Energy (formerly NASDAQ: CTE) and two of its officers with fraud. On 8/16/11, Mr. Carnes was the first to blow the whistle exposing CTE’s massive fraud in a report titled “SinoTech Energy: Enhanced Oil Recovery or Capital Extraction.” Unlike other numerous smaller “reverse merger” frauds, Sinotech was a $168 million IPO listed on NASDAQ underwritten by UBS and Lazard Capital Markets and audited by Ernst & Young. Three companies, Deer Consumer Products (“DEER”), Sino Clean Energy (“SCEI”) and Silvercorp Metals (“SVM”) criticized in reports published by A*L sued Mr. Carnes for defamation. The three companies coordinated their legal and retaliatory efforts, both in the U.S., Canada and China to silence Mr. Carnes. The epic battle that followed ended swiftly in a complete rout. NASDAQ delisted DEER and SCEI. SVM and DEER both lost their defamation claims against Mr. Carnes. SCEI abandoned its defamation claim against Mr. Carnes. After winning the battle against DEER, SCEI and SVM, A*L emerged with the best track record of any China focused investment blog.
Follow
27 Comments