CES 2014 has turned into an Intel (NASDAQ:INTC) showcase party for its cutting-edge products. Aside from its embedded RealSense 3D camera for Perceptual Computing and 3D printing, I'm also very impressed with the new Intel Edison wearable computer. Edison is an Internet of Things computer that's the size of a regular SD card. 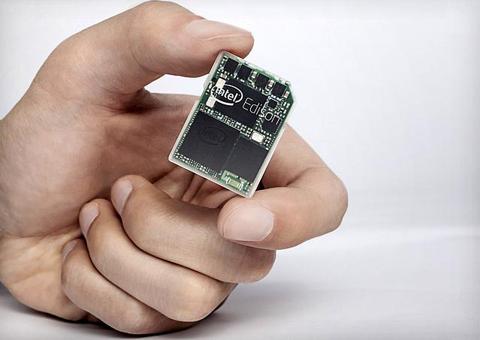 Intel leads inTelematics and industrial embedded computing. Edison makes Intel the new Most Valuable Player (MVP) in wearable computers. This is a slam dunk product that will definitely help Intel make another billion or so as net income by 2020. Wearable computing is new growth industry. The new Internet of Things-focuses New Devices Division headed by Mike Bell deserves a standing ovation for Edison.

Wearable Computing Is A Gold Mine 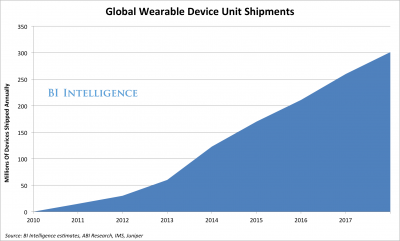 ABI Research estimates that wearable computers will be worth $16 billion by 2017. 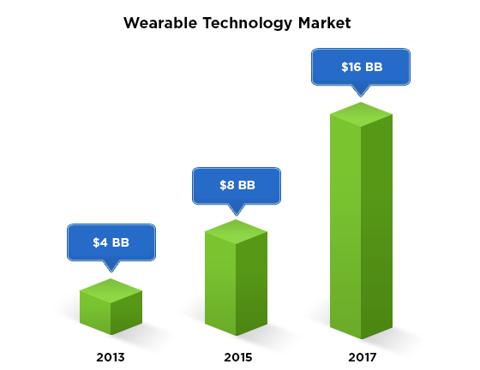 Intel, not ARM-based companies like Qualcomm (QCOM) or Apple (AAPL), will rake in the most money from this new growth industry. The company has already signed up fashion industry bigwigs like Barneys, the Council of Fashion Designers of America (CFDA), and global retailer Open Ceremony as initial partners for smart clothes and accessories. I expect more fashion industry leaders to join Intel's team in the next coming months. Intel is subsidizing its tablet OEM partners, I am sure Intel will also offer marketing subsidies for Edison-related IoT products.

Intel's Make It Wearable challenge competition is also a sweet incentive for clothes and accessories designers to come up with great wearable computing products. The $500,000 Grand Prize money sure makes me want to sign up too. Half-million dollars is a lot of poker bankroll.

What Makes Edison So Exciting

Please be quiet ARMchair pundits, Intel Edison is a perfect x86 Pentium-class Internet of Things computer. It is very tiny, ultra energy efficient, and yet powerful enough to perform any wearable computing tasks. The engine behind this SD card-size computer is a 22nm dual-core 400 MHz Quark SoC. It runs Linux but supports other operating systems like Android OS. The 1W TDP of Quark makes it very attractive for use in making dumb things smart and web-connected. Edison doesn't need to come in 2 GHz clock speed to be an efficient embedded computer.

Intel is building a dedicated app store for Edison-equipped products to help device makers maximize the tiny computer's wearable computing utilization. It will ship with a special version of Wolfram Language and Mathematica. Edison is not a one-trick-pony computer; it can run multiple apps and can do Machine To Machine (M2M) communication and collaboration with other smart devices.

I am not sure but Independent.co.uk said Edison will have 500MB of RAM. I think it's a typo error, 512MB RAM is more like it. If I'm wrong, kindly give me a link for the correct amount of RAM. I also can't find anything that tells me how much flash storage Edison can have. 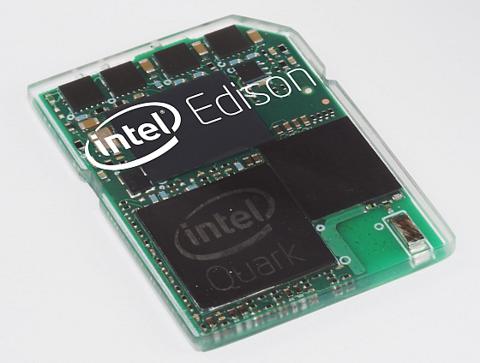 Edison is already inside the Mimo Onesie Baby Monitor. The people behind this product are smarter than me. Their embedded Edison computer is washable. It monitors the vital health signs of your baby. It tracks a baby's heart rate, temperature, respiration, position, and level of activity. The data is transmitted via WiFi or Bluetooth to a smartphone or tablet. 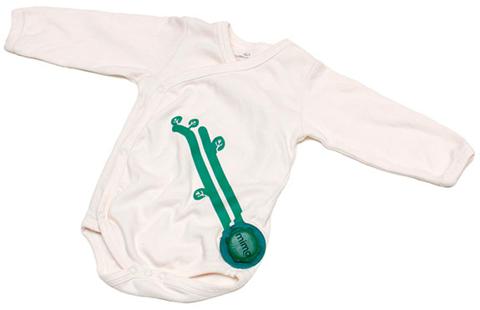 According to the Verge, Intel demoed the Nursery 2.0 concept where in a baby is wearing an Edison-powered Mimo Baby Monitor. Instead of displaying the data on a smartphone, it was instead displayed on a smart coffee mug that's also Edison-powered. The baby's moods are also detected and displayed a happy green smiling face on the mug when the baby is contented. When the baby gets fussy or something is wrong, the mug shows blinking red lights.

I have an 8.5-month old baby daughter. The Mimo Baby Monitor is a strong buy. Thank you, Intel. 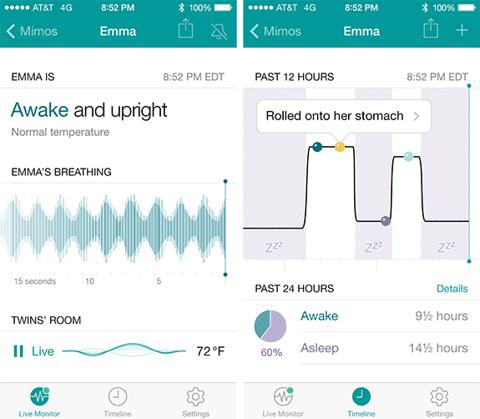 The Intel Edison is a revolutionary product that kickstarts wearable computing. It is a cheap way to make dumb clothes, accessories, and common utensils become smart devices and web-connected. Intel's stock price won't move much due to this product this year, but I expect it to be a major contributor to the gross revenue of the company by 2016 or 2017.

Wearable computing has important applications in the medical field. Intel awarded $75,000 to High School student Jack Andraka for his invention - a dipstick probe for Pancreatic Cancer. The Edison computer is intended for developers and inventors to come up with new applications of this device. Intel CEO Brian Krzanich is relying on the ingenuity of the human race to maximize the benefits of a lightweight, tiny, powerful computer like the Edison.

I am guesstimating that each Edison computer can earn a net profit of $30 for Intel. If BI Intelligence is correct in their estimation of 300 million units' sale by 2017, INTC gets an extra $900 million in net income. Not the company is in dire need of profits, Intel is a cash generating dynamo. Undervalued based on its key financial ratios too. 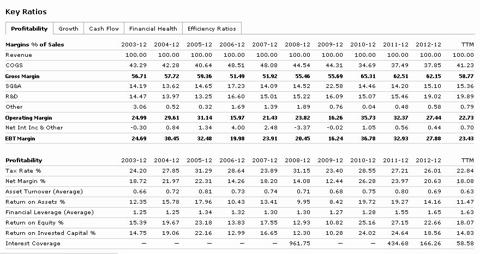 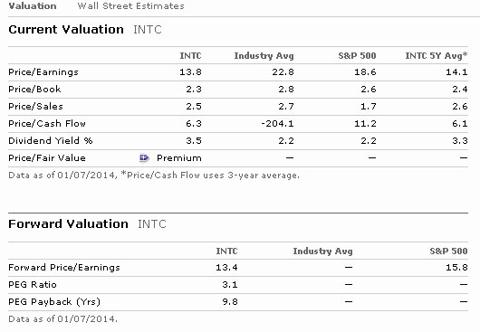 Dividend Yield of 3.5% which is higher than the industry average of 2.2%

Intel enjoys TTM profitability ratios that are comparable to QCOM too. 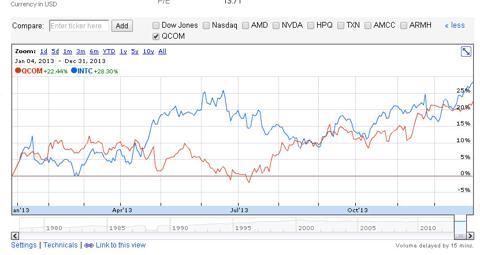 Disclosure: I am long INTC, . I wrote this article myself, and it expresses my own opinions. I am not receiving compensation for it (other than from Seeking Alpha). I have no business relationship with any company whose stock is mentioned in this article.

Motek Moyen
6.35K Followers
I am 100% Filipino, with 25% maternal Chinese blood. My background is 20 years in creative/advertising industry. I am a freelance quantitative equity analyst now, but I also enjoy using technical indicators. I still do part-time multimedia edits, copywriting, UI/UX designs, and computer repair & programming. I DO NOT gamble/invest on U.S.-listed stocks.
Follow
52 Comments
To ensure this doesn’t happen in the future, please enable Javascript and cookies in your browser.
Is this happening to you frequently? Please report it on our feedback forum.
If you have an ad-blocker enabled you may be blocked from proceeding. Please disable your ad-blocker and refresh.