Anyone who has read Nassim Taleb's works knows that he is a big proponent of "Black Swan Theory", i.e. rare and sudden events that have such a disproportionate effect on performance that they supersede average performance up until that point. In his recent book "AntiFragile", Taleb uses this rather humorous yet chilling example to demonstrate the principle;

Suppose you placed your grandmother in a room with an average temperature of 21ºC. For the first hour, the temperature will be -18ºC. For the second hour, it will be 60ºC. In this case, it looks as though you will end up with no grandmother, a funeral, and possibly an inheritance.

While this example is rather extreme, it does show one important principle that is highly relevant to investing: It is dispersion around the mean that matters, not necessarily the mean itself. This is especially true for investors with a short-to-medium term focus.

Taleb was once asked by an investment house to give a trade recommendation on the S&P 500 Index. Even though he saw a 70% probability of the index rising over the next week, he held a short position which puzzled his colleagues. His response was,

In the event of the index going down, it could go down by a lot.

George Soros would have put it in this way;

Enter the principle of skewness. 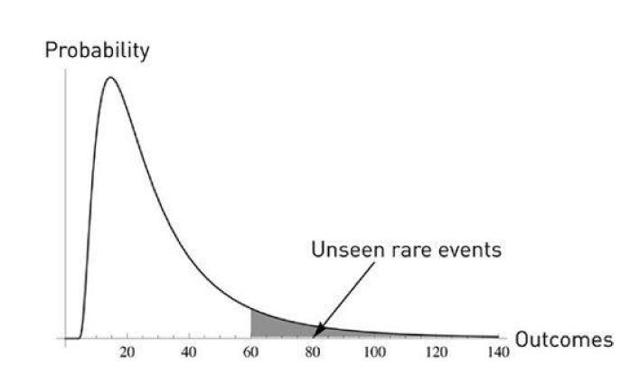 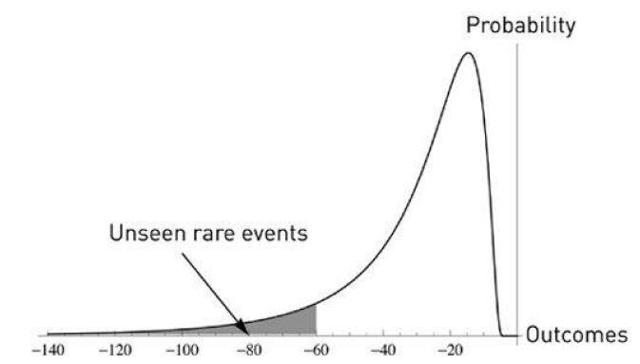 Of course, various investors do not always look at price, expecting that growth in dividends over the long-term will outweigh any capital appreciation. This is a perfectly acceptable strategy, and one that I use myself. Skewness may not matter as much when dividends are concerned, but it matters a lot when talking about share price performance.

To determine this, I decided to conduct a study on Coca-Cola's (KO) distribution of returns over several time periods from March 1998 - March 2014. On March 16 1998, the adjusted closing price of the stock was 24.79. On March 18 2014, the adjusted closing price was 38.40. This represents an annualized gain of 3.43% over sixteen years. Given Coca-Cola's current dividend yield of 3.20%, this would suggest that the majority of gains to investors have come from Coca-Cola's dividend payments, with little to no gains coming from share price appreciation. Note that I excluded the daily return resulting from the impact of Coca-Cola's stock split in 2012. 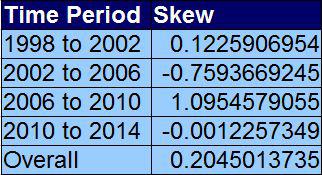 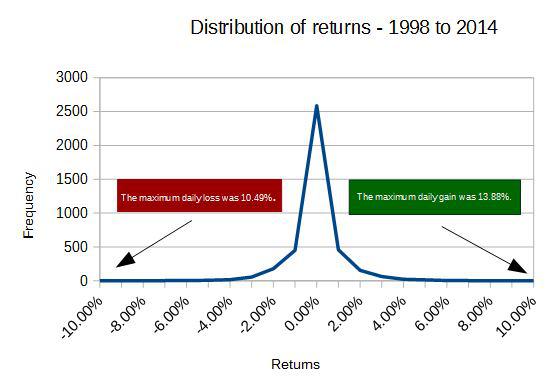 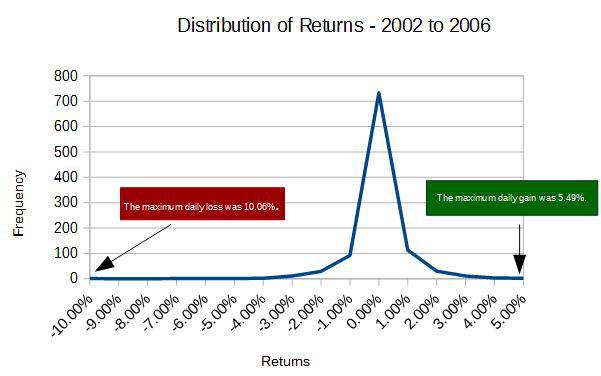 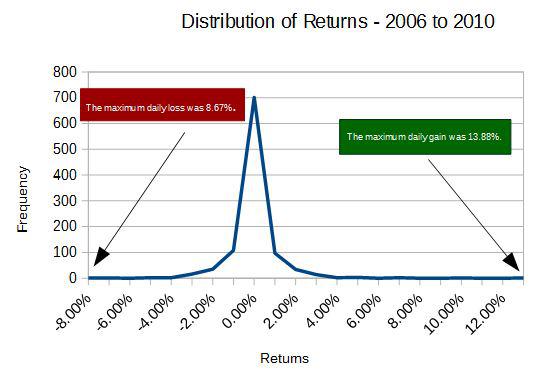 Overall, we can see that Coca-Cola has approximately a normal distribution overall, which means that positive gains did not outweigh negative losses and vice versa. However, we can see that the negatively skewed period from 2002 to 2006 had a negative impact in returns, whereas the period from 2006 to 2010 had a positive impact. However, KO's overall skew is only slightly positive with a skew of 0.2, so investors are unlikely to benefit from extreme gains based on this data.

Contrast this to Wells Fargo (WFC) over the same time period, which had an overall skew of 1.79 (excluding the impact of the 2-for-1 stock split in August 2006). As can be seen below, the distribution is positively skewed, with the largest daily gain of 32.76% being far higher than the largest daily loss of -23.82%. Taking dividends into account, Wells Fargo has had an annualised return of 14.98%, which despite the financial contagion post-2007 has been far higher than that of Coca-Cola. 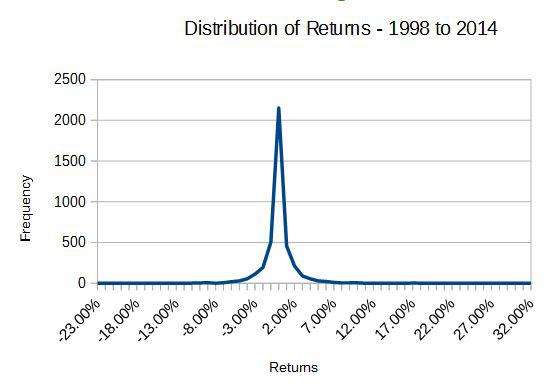 Skewness can be a very useful tool for any type of investor, whether their inclination is towards the short or long term. While this type of data is in many cases only useful after the fact; investors should know if the odds are tipped for or against them from the start. In this way, assuming past performance is a reliable predictor of future performance, measurement of skewness should be a valuable addition to any investor's screening kit.

Disclosure: I am long WFC. I wrote this article myself, and it expresses my own opinions. I am not receiving compensation for it (other than from Seeking Alpha). I have no business relationship with any company whose stock is mentioned in this article.