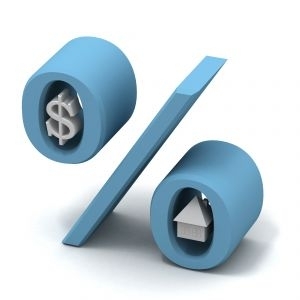 You would think today’s mortgage rates of near 4.5% would bring happiness. Instead, some see the low rates as a sign of housing’s weakness, a measure of buyers’ difficulty in getting mortgage loans and/or an indicator of coming deflation.

The rate decline does offer good news as we move into the summer home selling season – much like a lower gasoline price is to driving. Both can spur desired activity.

Affordability has been a powerful driver of sales and price increases in the past. The fact that – right now – sales and prices seem unaffected by the very recent drop is more a sign of US investors’ temperament. A not so untrue joke is that Americans stand in front of their microwaves yelling, “come on!” That “show me the money” attitude certainly applies to antsy investors is this on-again/off-again market.

Below is a graph of 30-year mortgage rates since January 1950. 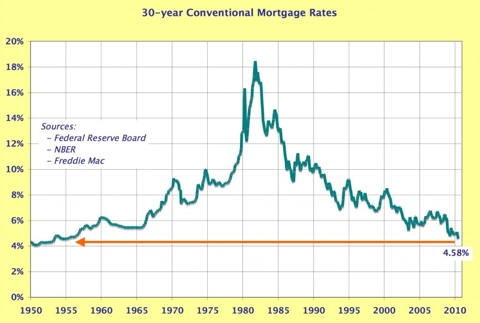 Starting around 4%, rates moved up through the 1950s. Then, in 1959/1960 homebuyers got a taste of 6%. People did not like that rate – it was affordability in reverse. Plus, many (most?) mortgages couldn’t be refinanced at a lower rate without a penalty payment, so buyers hated getting stuck with the higher rates.

The next five years of mid- to high-5% interest rates were palatable, and then they took off in earnest, eventually topping at over 18% in 1981. Often I heard people longing for 6% rates again – this time they would welcome them.

Big ticket purchases like houses typically require long-term financing. And this means the affordability of payments is the key concern for both buyers and lenders. In turn, payments are affected by interest rates, particularly for long-lived loans like 30-year mortgages.

Now, let’s see what happened to affordability historically. The graph below shows the mortgage loan that could be afforded with a $1,000 monthly payment at the then applicable interest rate. 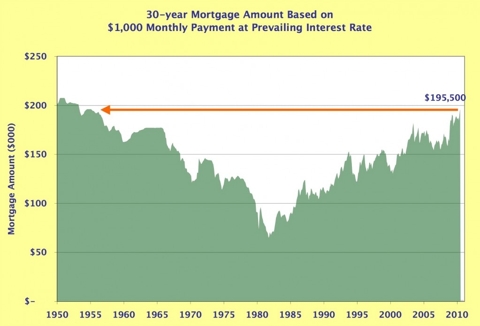 Seemingly small shifts in the interest rate can produce sizable changes in affordability.

Note: There is one offsetting factor not included: the effect of tax deductibility of mortgage interest. Contrary, there is negative factor I have ignored: the pattern of principal repayment. The higher the interest rate the less the amount of principal paid during the initial years, so the longer the mortgage balance hangs around.

So… affordability is an important factor to watch. Will buyers take advantage of the increase produced by lower rates? It is a well-understood and visible stimulus to act, so chances are good we will see some positive results this summer.