United Technologies Corporation (NYSE:UTX) provides technology products and services to the building systems and aerospace industries worldwide. This dividend achiever has paid a dividend since 1936 and increased it for 20 years in a row. The most recent dividend increase was in June 2013, when the Board of Directors approved a 10.30% increase in the quarterly dividend to 59 cents/share.

Over the past decade this dividend growth stock has delivered an annualized total return of 10.80% to its shareholders. Future returns will be dependent on growth in earnings and dividend yields obtained by shareholders. 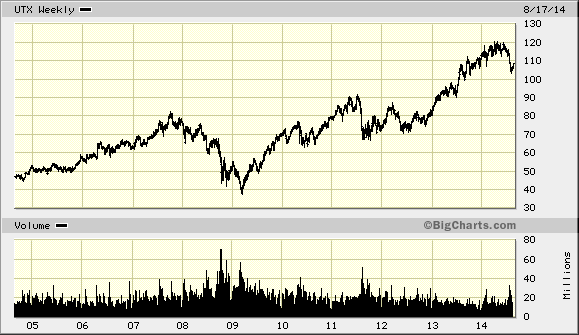 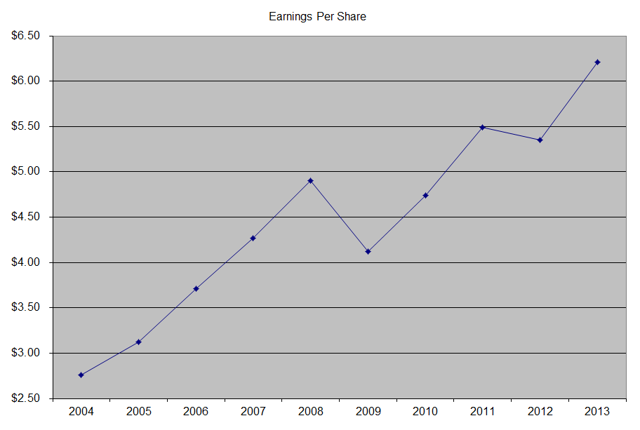 United Technologies has consistent history of share repurchases. The company has been able to reduce the number of shares outstanding from 1.006 billion in 2004 to 916 million in 2014.

United Technologies is a diversified conglomerate organized into several divisions such as aircraft engines unit Pratt & Whitney, Otis elevator unit, UTC Climate, Sikorsky helicopter unit and UTC Aerospace division. The company has a strong competitive position in almost all of its divisions due to high switching costs, advantages of scale, and a brand synonymous with quality and performance. I like the diversified nature of this conglomerate by division, and types of customers (governments or private).

Long-term growth will be realized from acquisitions as well as organic growth projects. In 2012, United Technologies acquired Goodrich Corporation (GR) for $18.40 billion. United Technologies expects to finance the transaction through a combination of debt and equity issuance. This deal should strengthen United Technologies' position in creating high-value systems for commercial aircraft manufacturers. In addition, the company is on track to achieve close to half a billion dollars in synergies by 2016.

United Technologies generates 60% of its revenues from outside the US. Currently, less than one-fifth of revenues are derived from emerging markets. If the company manages to get greater exposure in rapidly rising economies, it could also benefit from the growth in those emerging markets such as China. Another plus is the expected increase in demand for airplanes by the likes of Boeing and Airbus (OTCPK:EADSY), which should bode well for suppliers of engines like UTX.

The company also generates approximately a fifth of its revenues from US government, which could expose it to cuts in the sector. However, as we previously discussed, defense spending is only going to increase in the long-run, since the world is still a generally dangerous place to be. Thus, unfortunately wars will still be fought even in 20-30 years.

The annual dividend payment has increased by 14.40% per year over the past decade, which is higher than the growth in EPS. Future growth in dividends will likely match the rate of increase in earnings per share, and be somewhere around 10%/year. United Technologies usually increases dividends after every five quarters. I would therefore expect the announcement for the quarterly dividend increase to around 65 cents/share to be released in early 2015. 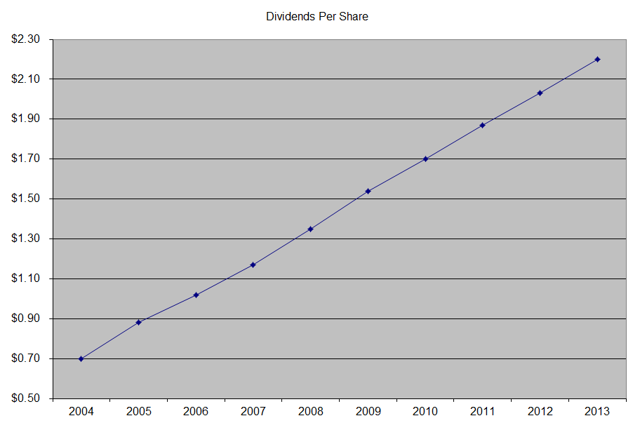 In the past decade, the dividend payout ratio increased slightly from 25.40% in 2004 to 35.40% in 2014. A lower payout is always a plus, since it leaves room for consistent dividend growth, minimizing the impact of short-term fluctuations in earnings. 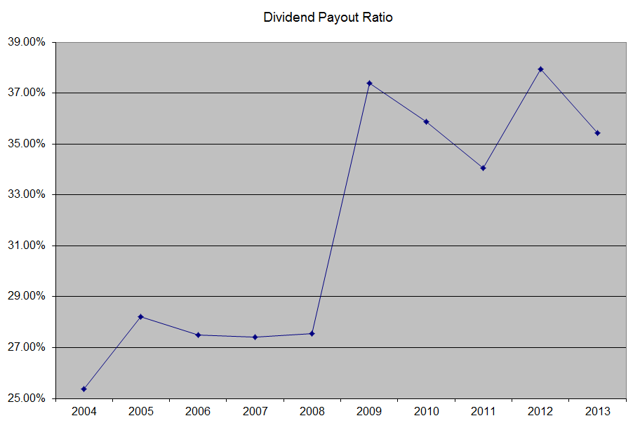 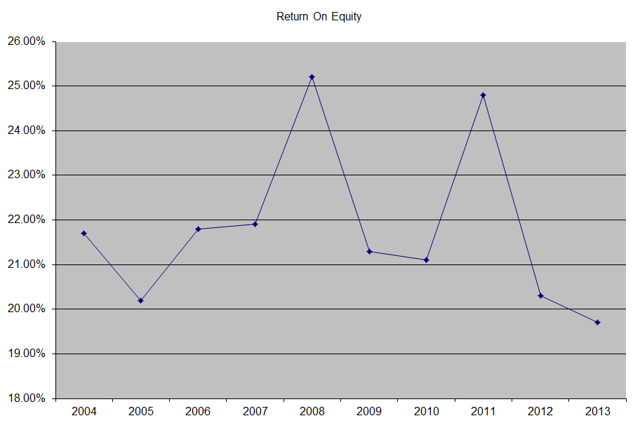 Currently, United Technologies is attractively valued at 15.80 times forward earnings, and has a dividend yield of 2.20%. I recently added to my position in the stock and plan on adding further this year, subject to availability of funds. While many investors might be turned off by the low current yield, I believe that United Technologies has the catalysts at stake to deliver double-digit yields on cost within 15 years, coupled with strong total returns potential. I view the company as a long-term holding that would benefit from further expansion of the global economy in the future. I would be excited if we see further decreases in the stock price.

Dividend Growth Investor
21.05K Followers
I have been focusing my attention particularly to companies that regularly increase dividends to their shareholders for over a decade. I have also written about about dividend growth stocks on Seeking Alpha and my website for over a decade. I am mostly a buyer of high quality dividend stocks, with solid competitive advantages. My holding period is forever - for as long as the dividend is at least maintained. I tend to concentrate my efforts on stocks which grow earnings and dividends, which provides outstanding total returns over time. I only focus my attention to stocks with sustainable dividend payments. I am also a firm believer in diversification accross sectors and geographic locations. I am a patient buy and hold investor, who believes that having an investment plan, investing regularly per your plan, staying the course, and keeping investment costs low are the best tools in the arsenal for the individual investor.I share my thoughts on investing in dividend paying stocks that have consistently increased their payments over time and tips on growing my dividend income. I hope that my blog will serve as an inspiration for my readers and that it would change their financial lives for the better.
Follow