Today, Rupert Murdoch is introducing The Daily, his foray into an iPad-only newspaper. “New times demand new journalism,” he says. The challenge he says, is to “take the best of traditional journalism—competitive shoe leather journalism, a skeptical eye, and combine it with the best technology such as 360 degree photographs. The iPad demands that we completely rethink our craft.”

Murdoch notes that a growing population of news consumers no longer read print or even watch TV. His aim with The Daily is to combine “the magic of great newspapers” with the magic of technology. “The Daily is not a legacy barnd moving from the print to the digital world. We have license to experiment. We believe The Daily will be the model for how stories are told.”

A new edition will come out every day, with updates throughout the day. it will feature a carousel navigation that looks like Coverflow, an dinclude video and 360-degree photographs.

Since there are no trucks and no printing costs, The Daily will cost 14 cents a day or about $1 a week. The first two weeks are free, thanks to a sponsorship by Verizon (VZ). You will be able to download it live at noon ET. 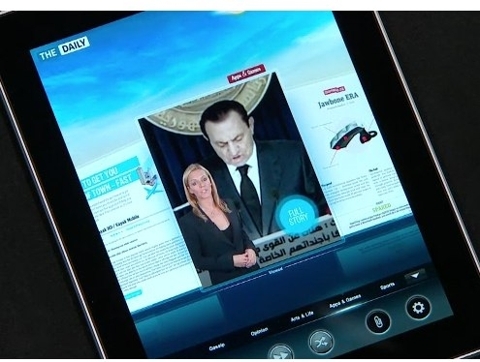 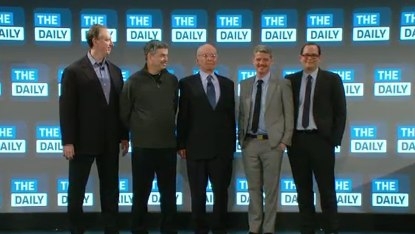 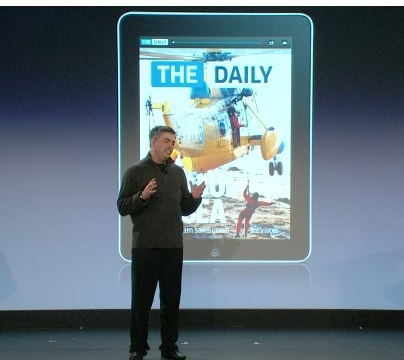 Erick Schonfeld
4.33K Followers
Erick, Co-Editor of TechCrunch (www.techcrunch.com), has been covering startups and technology news for 14 years. At Business 2.0 he wrote feature stories and ran their main blog, Next Net, which has nearly 50,000 RSS subscribers. He also does a lot of video work and hosts regular panels of industry luminaries called Disruptor Round Tables. Prior to Business 2.0, Erick was an editor-at-large for eCompany and a contributing editor for Fortune. In 1999, Schonfeld won the prize for best information technology submission at London’s Business Journalist of the Year Awards, and in 2001 he won the prize for best space submission at the Aerospace Journalist of the Year Awards in Paris. In 1996 and 1997, Schonfeld was recognized in the TJFR Business News Reporter’s list of the “best and brightest financial journalists under the age of 30.” He appears regularly on CNBC, CNN, and NY1, and is a frequent speaker at industry conferences. Schonfeld graduated magna cum laude from Cornell University in 1993.