Olin Corporation (NYSE:OLN) is intriguing to investors on many levels, due to its stable earnings, low price to book value, and consistent dividends. Such traits attract the eyes of value investors, but whether the company is a good investment requires analysis. What follows is an analysis of Olin Corporation based on the ModernGraham valuation model.

The ModernGraham valuation model is a modernized version of the teachings of Benjamin Graham. Graham taught that Intelligent Investors must use fundamental analysis of investment opportunities to determine their intrinsic value for comparison to the present market price. When the intrinsic value is well above the market price, the company is very attractive and presents a potential for profit.

In addition, Graham strongly suggested that investors avoid speculation in order to remove the subjective elements of emotion. This is best achieved by utilizing a systematic approach to analysis that will provide investors with a sense of how a specific company compares to another company or by reviewing 5 More Undervalued Companies for the Defensive Investor. By using the ModernGraham method one can review a company's historical accomplishments and determine an intrinsic value that can be compared across industries. 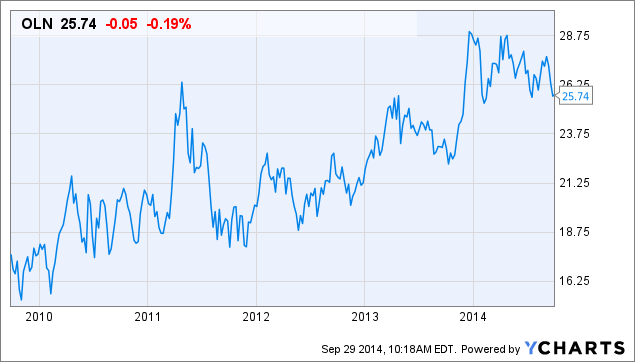 Defensive Investor - must pass at least 6 of the following 7 tests: Score = 6/7

Enterprising Investor - must pass at least 4 of the following 5 tests or be suitable for a defensive investor: Score = 4/5 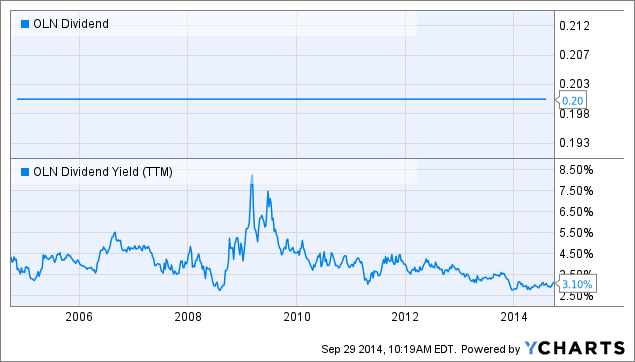 The Enterprising Investor's only concern is the level of debt relative to the net current assets, but the company has shown sufficient growth and stability over the last five years to satisfy the less conservative investor's needs. As a result, both Defensive Investors and Enterprising Investors should feel comfortable proceeding with research into the company and comparing it to other companies.

The intrinsic value of the company falls within a margin of safety in relation to the price, so the company appears to be fairly valued at this time. The company has shown a level of earnings growth of around 5.76%, having grown its EPSmg (normalized earnings) from $1.46 in 2010 to an estimated $1.89 for 2014. ModernGraham estimates continued growth of around 4.32%, having lowered the historical growth by a margin of safety, and the market is implying a growth rate of only 2.58%. As a result, investors are encouraged to consider Olin to be fairly valued and feel comfortable discussing some of the qualitative aspects of the company and its management.

Be sure to check out previous ModernGraham valuations of Olin Corporation for better perspective.