In my article "QE-Proof Stocks for Summer 2011," I discussed the volatility that struck the stock market following the end of QE1 and began highlighting the few stocks that held up well during the QE pause last summer. As we approach the end of QE2 on June 30, it is worthwhile to look beyond stocks, as some of the best post QE2 opportunities reside in various other asset classes.

My introduction to this series will begin with a summary assessment. Basically, this is a first look at what asset classes performed well during the period from April 26, 2010 when the stock market plunged into a sharp correction following the end of QE1 to August 27, 2010 when stocks finally bottomed following Ben Bernanke’s Jackson Hole speech confirming that QE2 was soon on its way. I will return with a detailed breakdown on each category in the coming weeks to assess which asset classes are poised to repeat this outperformance post QE2 and which might not hold up as well the second time around.

Beginning at the top of the stock correlation spectrum, convertible bonds, high yield bonds and preferred stocks all performed well post QE1 relative to stocks. All three categories moved lower with stocks through the first few weeks, but stabilized by late May. Convertible bonds, which is the most highly correlated asset class to stocks, moved sideways for the remainder of the summer, but the peak to trough loss was limited to just over -10%. As for high yield bonds and preferred stocks, both categories subsequently moved higher through the remainder of summer 2010 to end flat in the case of high yield bonds and higher in the case of preferreds.

Investment Grade Corporate Bonds did not skip a beat post QE1. The asset class held steady through May and early June and then turned higher for the remainder of the summer to end nearly +8% higher. 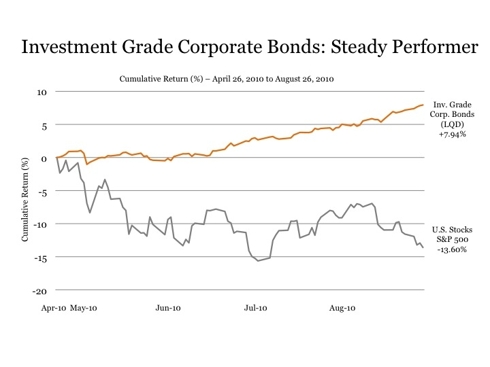 TIPS are a multi-faceted asset class. They provide inflation protection during an accelerating economic backdrop, and they also offer the defensiveness of Treasuries during periods of uncertainty. These defensive characteristics were evident post QE1 last summer, with results that held steadily positive through the stock market turbulence. 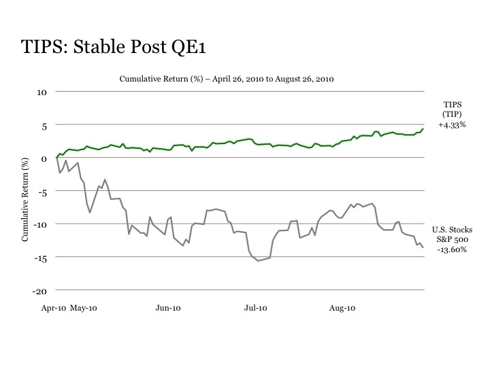 Nominal Treasuries have had a strong negative correlation to stocks ever since the outbreak of the financial crisis in late 2008. This relationship was certainly true post QE1, as a Treasury rally began coincident with the sell off in stocks. Moreover, the longer the duration in Treasuries, the greater the upside in total return, with Intermediate-Term Treasuries gaining a solid +12% and Long-Term Treasuries up an even healthier +22% by the end of the summer. 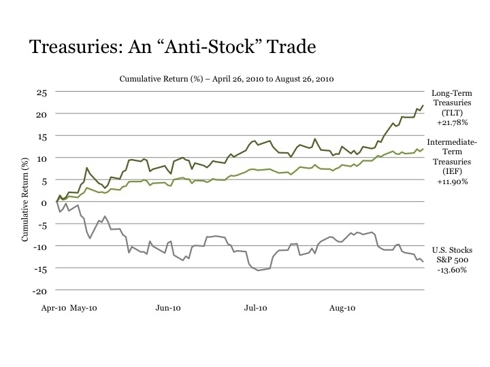 Concerns over central bank money printing have helped propel gold and silver higher during periods of QE. However, these precious metals also held up well during the QE pause of last summer. Several factors likely supported this trend including persistent inflationary pressures in emerging markets and investors seeking protection against a potential double-dip recession that many thought possible before the idea of QE2 became a reality. 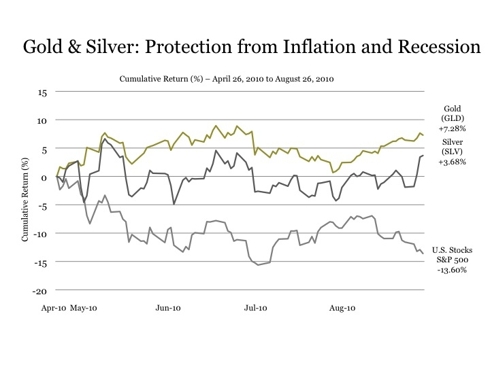 The U.S. dollar and Japanese yen are traditional safe haven currencies. And despite widespread sentiments to the contrary, this defensive characteristic was reconfirmed in both cases during the early stages of the post QE1 correction last summer. But while the Japanese yen continued to rise throughout the period, the U.S. dollar peaked by early June and grinded lower as the summer progressed. The potential for a double-dip recession and the increasing sense that the Fed might eventually return with a second round of QE contributed to the dollar reversal. 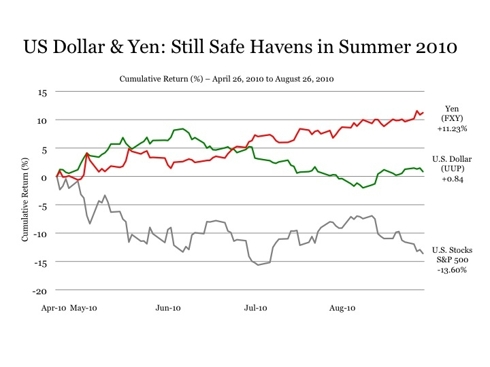 The most aggressive post QE1 trade from last summer was going long volatility. With a strongly negative correlation to stocks, the surge in volatility came swiftly once stocks entered correction mode. But by mid-May, all of the gains were in and volatility was left to wither on the vine for the rest of the summer. And the performance of volatility since has been unforgiving to say the least. 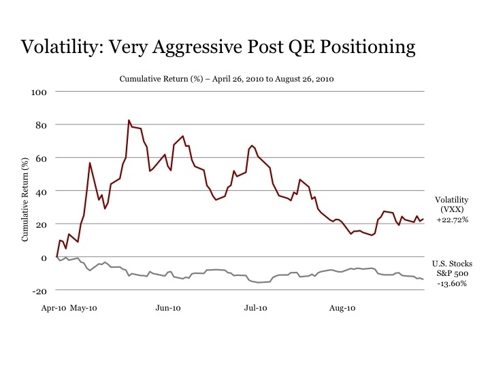 The bottom line: The best post QE2 opportunities lie beyond the stock market, as many asset classes performed well in the post QE1 market last summer. Positioning in these categories must be handled carefully, however, as the forces driving markets emerging from QE2 will be unique and different from the last time around. As a result, each category should be dissected for its merits and flaws in a post QE2 market. I will be exploring each of the categories above in more detail in future posts over the coming weeks.

This post is for information purposes only. There are risks involved with investing including loss of principal. Gerring Wealth Management (GWM) makes no explicit or implicit guarantee with respect to performance or the outcome of any investment or projections made by GWM. There is no guarantee that the goals of the strategies discussed by GWM will be met.