Tension is mounting towards Ben Bernanke's annual speech at Jackson Hole. A hint about QE3? A new set of tools? Or just nothing at all, just a hole? Here are 7 scenarios, and their expected impact on the greenback.

Last year, Bernanke used the speech at Jackson hole to hint about the second quantitative easing program. QE2 was officially announced in November. And now, after this program ended on June 30th and stock markets plunged, many expect him to hint about QE3. This is one of the options, but definitely not a favorable one.

The main motivation for QE2 was to fight deflation - to avoid a situation where prices drop and people wait for prices to fall. This thing has succeeded. Not only have commodity prices risen, but also Core Inflation is on the rise. There are no deflationary pressures now. Without QE2, commodity prices are falling and so are the stock markets. 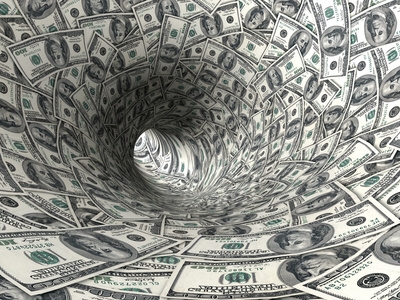 The last move by the Fed was to pledge low interest rates up to mid 2013. That had a short lived effect on markets, and was met by opposition: 3 out of 10 FOMC members objected this move.

What do you think that Bernanke will do? How will currencies move?

Yohay Elam
123 Followers
I'm the author of Forex Crunch. Forex Crunch is a blog all about the foreign exchange market. It includes and will include: tutorials, basics of the forex market, daily and weekly forex analysis, technical analysis, forex software posts, and whatever is related to Forex. forexcrunch.com aims to deal with forex trading, but with a more personal touch.