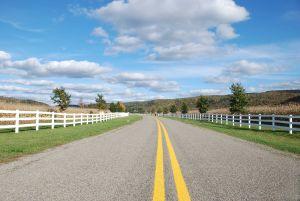 Similar to Alcoa’s (AA) earnings report, JPMorgan Chase’s (NYSE:JPM) has more meat in the comments than in the numbers. Contrary to Alcoa’s focus on growth, however, JPMorgan CEO Jamie Dimon discussed the bank’s conservative, steady-as-she-goes approach, even cutting back on the previously announced aggressive branch expansion.

The reaction? Apparently, surprise and disappointment that Dimon wasn’t pressing to taking advantage of JPMorgan’s superior competitive position. What happened to Dimon’s Wall Street savvy and aggressiveness? Instead, he’s talking about reducing investment banking and even sounding apologetic for using capital to buy back stock.

So, in spite of the quarterly earnings exceeding expectations, the bank declined almost 5% in today’s market and likely aggravated the broad financial sector decline. For example, the four financial companies in the Dow Jones Industrial Average produced the largest declines, and they produced 28 points of the DJIA’s 40-point decline. 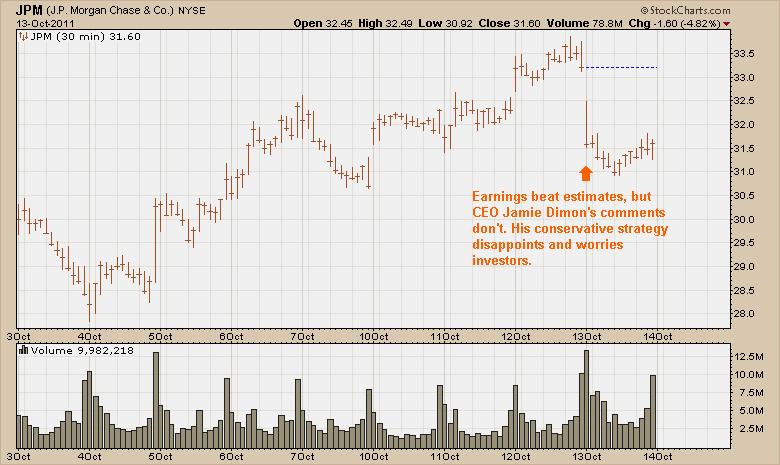 Therefore, the overriding question is “What gives?” Why isn’t the Dimon of today acting more like the Dimon of yesterday? I think the answers are found by not tying success to aggressiveness.

How being conservative can be a winning strategy

Compare the banking industry today versus five years ago. No longer is financial cleverness viewed as a growth industry. Now the focus is on safety and survivability.

What does JPMorgan need to do to win in this environment? Rule #1, like in investing, is control risk. This control is not about hedging or risk avoidance. Rather, it means acting when there is a good opportunity at hand, and it means staying realistic and not overreaching. Moderating branch expansion and shrinking investment banking given today’s environment are examples. Each decision can be altered later if conditions warrant doing so.

Now think about JPMorgan’s competition. Citigroup (C) and Bank of America (BAC) are clearly weaker. The other U.S. major bank, Wells Fargo (WFC), retains a regional feel and focus. Financially, JPMorgan is top dog, with the other three recently downgraded by Moody’s. That’s why Dimon made a point of telling us that JPMorgan’s capital position is improving steadily.

Last, consider what customers want from their financial firm. First and foremost today is financial strength and stability. JPMorgan already is gaining from being able to meet this requirement.

Dimon discussed their significant growth in business loans, a product of improving business conditions and the return of delinquencies to normal levels. These trends are visible in the industry figures: 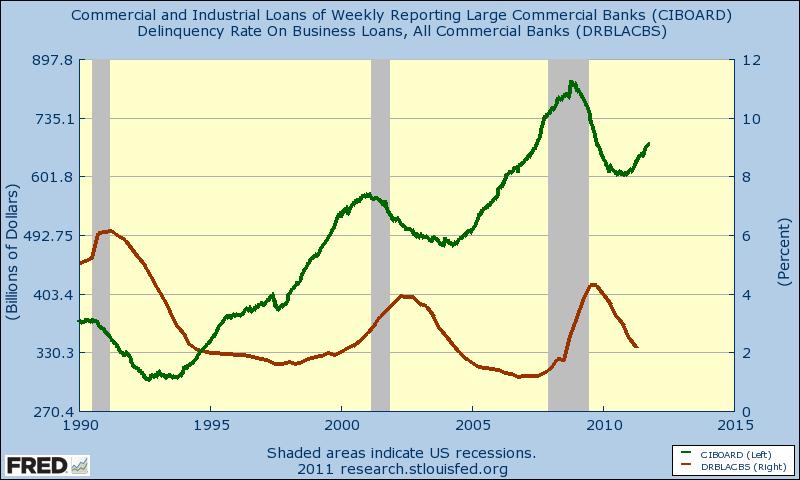 Dimon also discussed the bank’s even larger growth in deposits. I believe that is the key growth indicator for the bank and why investors should be excited, not disappointed. Deposits are the raw material for bank “products” (i.e., loans and leases). JPMorgan’s current competitive position allows the bank to attract deposits.

Jamie Dimon’s comments can be viewed positively, describing JPMorgan’s conservative strategy for growth and success. Later, when times return to “normal” and competitors are stronger, JPMorgan can be more aggressive. Right now, it doesn’t need to be. The conservative approach looks to be a winning strategy today.

What about the stock? It currently has a 3.2% dividend yield and a price/earnings ratio of 6.8 (equivalent to a 14.7% earnings yield). Obviously, these are very attractive numbers if we believe that JPMorgan can maintain them. Add in growth, and the valuation is outstanding.

Disclosure: I am long JPM.