On March 26, 2015 the Saudi's and their allies attacked the rebels in Yemen via airstrike. In this attack there were over 150 jets, 100 from the Saudi's, 30 from the United Arab Emirates, 15 from Kuwait, 15 from Bahrain, 10 from Qatar and a few from Jordan. There was also naval help from Pakistan and Egypt. The rebels or more precisely the Houthi rebels, are Shiite Muslims that have recently taken over the Yemen capital of Sanaa and taken over parts of the largest city; Aden. This is relevant due to the fact that the Saudi's consider the Houthi rebels are proxies for Iran. Following the attack, oil futures jumped 5% in one day, the biggest gain in a month. The gain was due to fear that supply could be disrupted via important choke points; the Strait of Hormuz and Bab el-Mandeb. 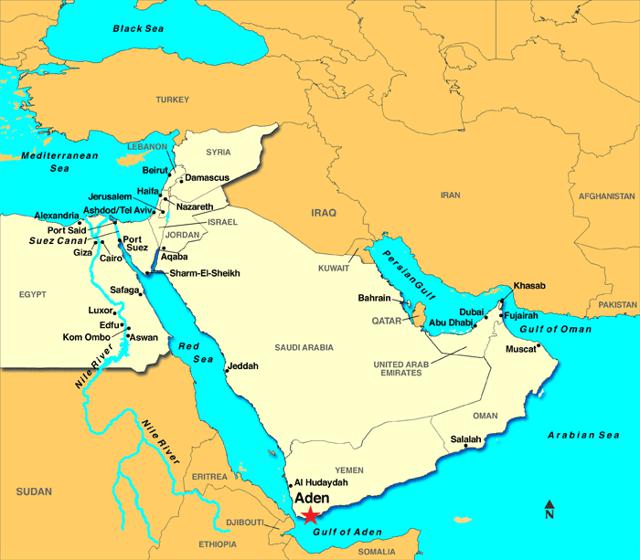 Why the Strait of Hormuz is Important

A chokepoint is defined by the EIA as narrow channels along the widely used global sea routes. Some of these routes are so narrow that there are restrictions in place that limit how big the vessels are that are allowed to travel through the route. Oil that is shipped via the Strait of Hormuz was 30% of all seaborne oil in 2013.

When a chokepoint is blocked, temporarily or for an extensive time, energy cost and world energy prices rise. Even if the chokepoint is not blocked, there is a risk of terrorist attacks, theft from pirates, and other hostilities. The narrowest point through the Strait of Hormuz is 21 miles wide, with the shipping lanes only 2 miles apart on either side due to buffer zones. The picture below shows the Strait of Hormuz and an Iranian soldier. 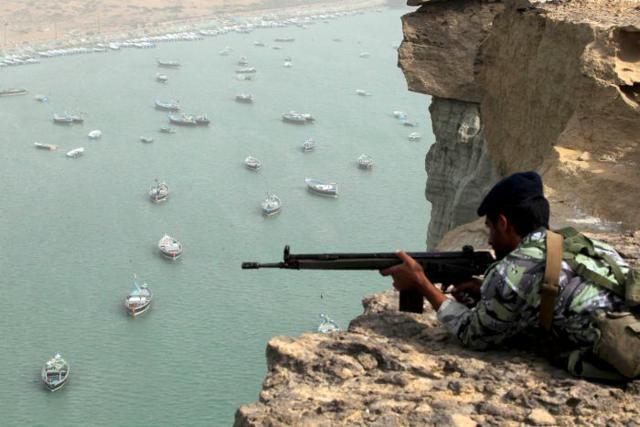 April 18th, 1988: A one day battle between the U.S Navy and Iranian forces in the strait and around the strait. The name of the battle was called "Operation Praying Mantis".

January 8th, 2007: A US nuclear sub struck the MV Mogamigawa, a 300,000 ton Japanese crude tanker. There were not any injuries and crude oil did not leak into the strait.

Around 2008: A standoff between US warships and Iranian speedboats. There were no gun fight only allegations against each political party.

June 29th, 2008: An official from Iran said that if Iran was attacked by Israel or the United States, then they would block off the Strait of Hormuz. The Iranian goal was to wreak havoc in the oil markets.

March 20th, 2009: A US submarine collided with a transport dock. There were 15 sailors injured and a ruptured fuel tank that resulted in the spill of 25,000 gallons of marine diesel fuel.

2011-2012: An official from Iran threatened to cut off the supply of oil if economic sanctions limit or cut off Iranian oil exports. There were other threats that happened due to US battleships getting close to Iran due to the protection of maritime commerce. Finally other threats happened due to the European Union imposing sanctions on Iranian oil.

Alternatives to the Strait

There are stock ETNs and ETFs that are expected to have heavy volume from these Saudi attacks and fears from Iran. The United States Oil ETF (USO) and the iPath S&P GSCI Crude Oil Total Return Index ETN (OIL) is the perfect example. Following the attacks, the USO posted solid gains in amidst of continued fears of lower supply in the future. The actual gains from Thursday's attack on the USO were 4.8% with over 33 million shares trading hands. Gains from OIL were 5.2%. A highly leveraged ETN, VelocityShares 3x Long Crude Oil ETN (UWTI) went up more than 14%. If the Strait is in danger of becoming blocked, investors should expect these ETF's and ETN's to skyrocket in price.

The next day after the attacks the price of crude oil settled down 5%. The shipment conflicts eased and talks of the likelihood of an Iran nuclear deal by next week is believed to put more of a supply of oil on the market. USO was down 5.88%, OIL was down 6.31% and UWTI went down 17.20% on Friday, wiping out all gains from the day before.

If nuclear actions are affected by this conflict with the Saudis and Iran, investors should keep an eye on the rise of oil. If nothing happens because of the conflict, a nuclear deal may be passed bringing and even heavier supply of oil to the world markets. There are some oil analysts who believe that this attack will not do much to the broader oil market. What we do know as true, is if the Strait of Hormuz is blocked, even temporarily, there will be a fast price appreciation in the price of oil.