The Euro has been a good hedge on a portfolio of long stock recently. Equities are attractively valued for a long-term investment; the equity risk premium remains high. But who can think about investing in stocks for the long run and shunning bonds when the Euro sovereign debt crisis rolls on. For us, the solution was to short the Euro as a hedge against long equity positions. The correlation between the two rose during 4Q11, not surprisingly since Europe was driving short-term market moves.

But the ECB's Long Term Repo Operation committed them to support the banks and, by extension the Euro sovereign governments (barring possibly Greece, which is heading down its own path). Since Europe's banks are the biggest holders of European sovereign debt, the ECB has in effect become a lender of last resort to its governments. The removal of the Sword of Damocles hanging over markets has been replaced with a more plausible path to a lower Euro. Europe is in recession, the GDP differential between it and the U.S. is likely to exceed 3% this year, and the next move in rates from the ECB is likely down. Meanwhile, the U.S. economy continues to produce steady if unspectacular growth.

It's still worth holding a short Euro with a long equities position. The tail risk, an unforeseen crisis in Europe, still makes it a worthwhile hedge even while the day-to-day relationship has become slightly more subdued. But they could just both be good investments in their own right. Equities are attractively priced and the threat of a European crisis is receding. The Euro area is in for a period of no-growth while banks recapitalize and governments impose austerity. Long equities and short Euro is not the pairs trade it was, but both look like attractive investments 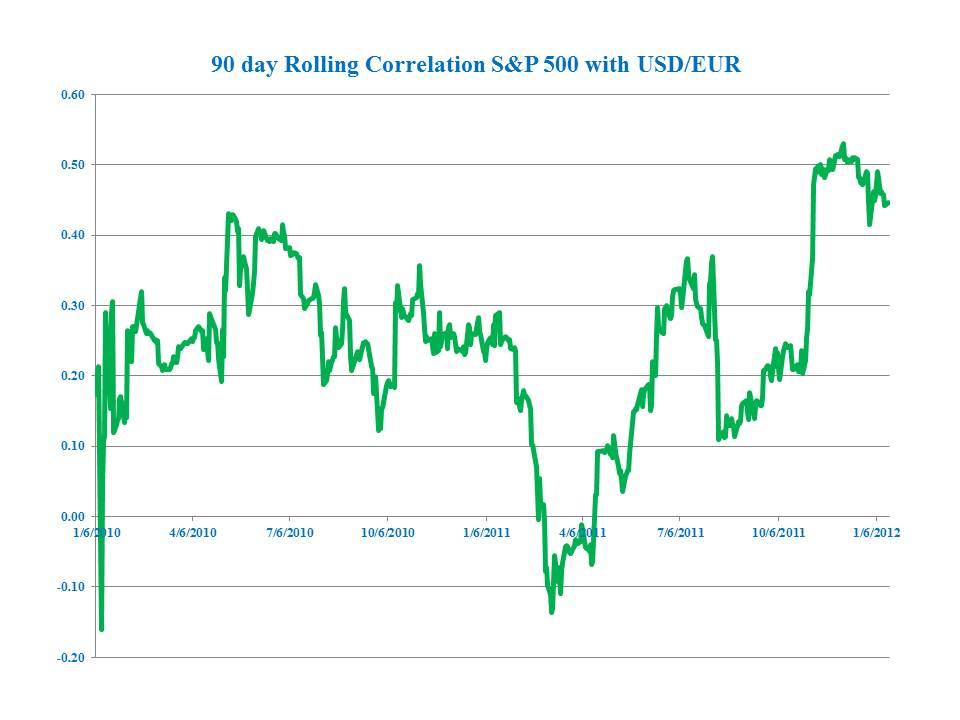 Disclosure: I am long SPY.