Let's get this over with - all energy-related stocks are not the same, Mr. Market. In fact, some of them are poised to take advantage of an upcoming change in US energy markets, namely the emergence of liquid natural gas exporting and the development of natural gas trading with Mexico.

Energy Transfer Partners (ETP) is a master limited partnership owning and operating one of the largest and most diversified portfolios of energy assets in the US. 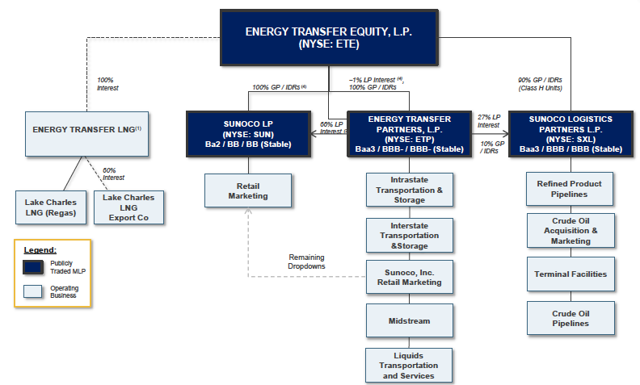 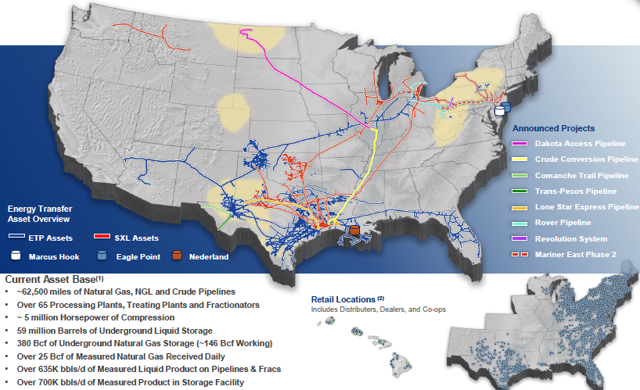 The problem with ETP, is that, like most energy-related stocks, it has been beaten down quite a bit. But, then again, this actually presents long-term income investors with an opportunity to buy it on the cheap.

Actually, the market has started to support many of the high dividend paying energy stocks which we cover in our articles, and ETP is up over 7% in the past week.

Distributions: ETP's most recent distribution was raised to $1.035, which gives it a 9.10% dividend yield.

Our High Dividend Stocks By Sectors Tables track ETP's current payout and yield. It's listed in the energy table, along with many other high-yield stocks. 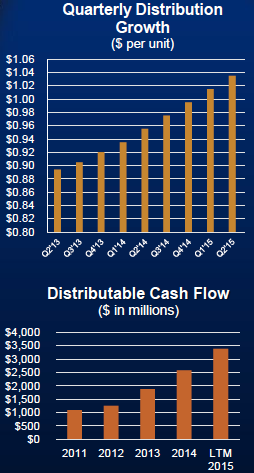 Options: If you have a shorter time horizon, here are some option-selling ideas which will generate added income.

Our Covered Calls Table lists more info for this and over 25 other call option trades:

Selling Put Options For Income: If you're leery of the market's lack of affection for energy stocks, you might consider selling cash secured puts below ETP's price/share.

Our Cash Secured Puts Table lists more info for this and over 25 other put selling trades:

Earnings: As you can see, ETP's earnings have been a bit lumpy over the past 4 quarters - Q1 2015 saw declines in operating income, EBITDA and DCF, but it did manage to slightly improve its distribution coverage and its growth bounced back in Q2 2015. 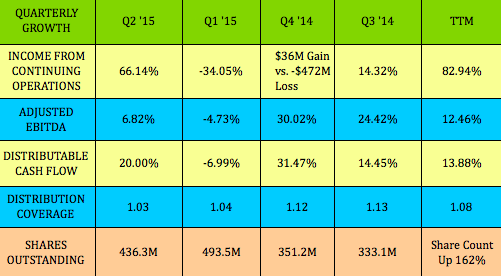 ETP had good growth across the board in 2014 and lowered it share count by 3%: 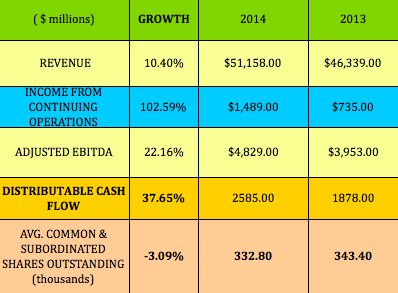 Looking forward, ETP has $10B worth of projects in the works, which should enable it to keep growing its distributions.

Asset Profiles: ETP has an extensive network of assets, which capitalize on US energy markets. 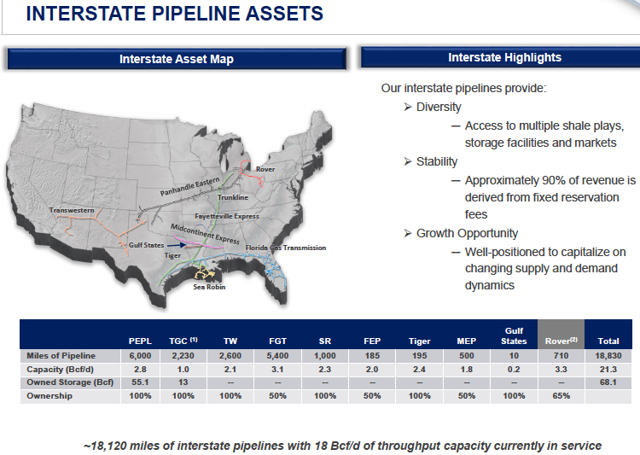 Its assets in the Texas area give it access to oncoming LNG export projects, which will start ramping up over the coming quarters and years. 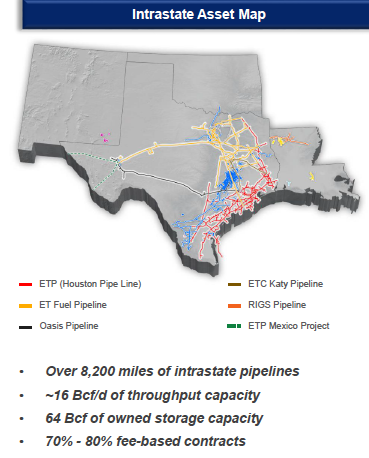 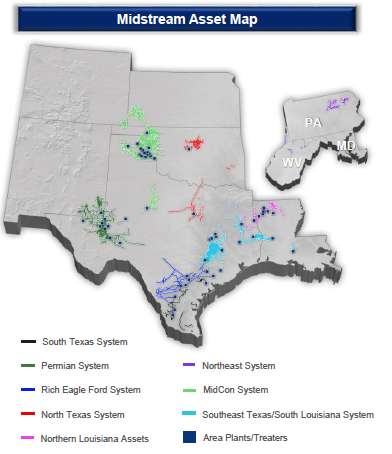 Valuations: Thanks to its low price/share valuation and its good DCF generation, ETP has one of the lower Price/DCG ratios we've seen in awhile.

Insider Buying: Two of ETP's directors bought shares in August and September. It's good to see them put some of their cash on the line along with regular unit-holders.

All tables furnished by DoubleDividendStocks.com, unless otherwise noted.

Disclaimer: This article was written for informational purposes only.

Disclosure: I am/we are long ETP. I wrote this article myself, and it expresses my own opinions. I am not receiving compensation for it (other than from Seeking Alpha). I have no business relationship with any company whose stock is mentioned in this article.