In economic analysis, you have estimates and official data. Analysts estimate what they think the official number is going to be. They are successful if the estimate is close to the official target.

With China's GDP, it's a bit different. The official number (6.9 percent for the third quarter of 2015) is more like an advertisement for the Chinese economy and has little to do with the situation on the ground. You can choose to buy the product, or you don't

So sometimes GDP estimates for China are more accurate than the official data. Here are Epoch Times' favorites for the third quarter of 2015:

Rationale: "Net exports subtracted a bigger chunk than first estimated. Quarter on quarter, we reckon growth was just 0.4 percent. Banks are saddled with bad debt, so cutting the lending rate will have a muted effect on growth." 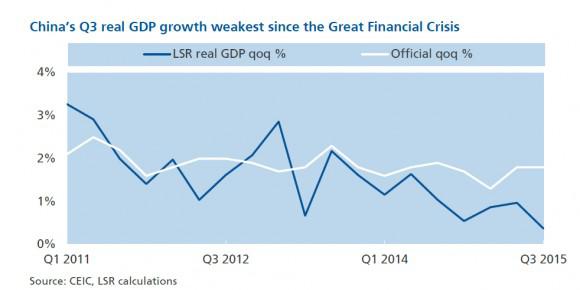 Rationale: "Right now they've got an economy which isn't growing at the 7.0 percent, it's more like 1 or 2 percent. In Beijing, they're even saying privately 2.2 percent." 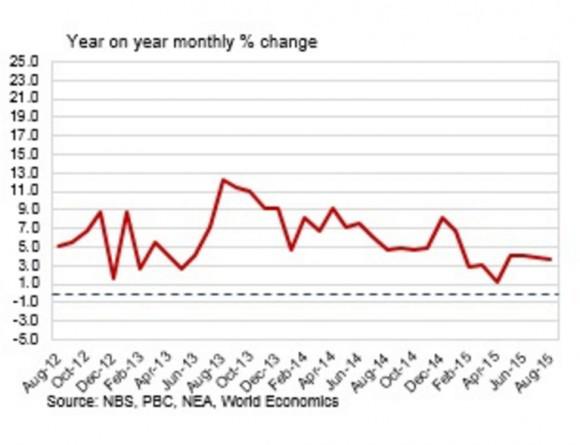 Rationale: "We estimate every 1 percent slowdown in China takes about 0.5 percent off of global growth. That impact on emerging markets is more severe than on developed markets [around 1 percent]," JPMorgan's head of research Joyce Chang said at a panel discussion at the Council on Foreign Relations on Sept. 16.

Since most of China's trading partners like Japan and Russia have slowed more than 1 percent in recent quarters, even the 5 percent starts to look questionable.

Rationale: Billionaire investor Wilbur Ross has investments in China and closely follows what happens on the ground.

Rationale: The independent research institutions don't put a number on GDP but note corporate profits were roughly stable in Q3.

"Those touting China's sudden fragility are either exaggerating current problems or have entirely missed the slowdown of the past several years," the report says.

Epoch Times
781 Followers
The Epoch Times is an independent voice in print and on the web. We report news responsibly and truthfully so that readers can improve their own lives and increase their understanding and respect for their neighbors next door and around the globe. In our approach and in our content, we uphold universal human values, rights, and freedoms. We are a business that puts our readers’ interests first, in all that we do. Who We Are Epoch Times is a privately held news media company. Our network of local reporters throughout the world uncovers stories that are authentically local, yet also globally relevant. Our independence enables us to report widely and present a diversity of opinions. Our Purpose During a time when the world is changing ever more quickly, people need reliable information to understand events and trends. We strive to make a positive impact on people’s lives by helping all people understand the world and themselves, and to respect and appreciate each other. We report stories and air opinions unavailable elsewhere. A special strength of The Epoch Times is our coverage of China. Today the world is increasingly looking to China, as this troubled giant goes through tremendous changes. Business and political leaders, and also world citizens, want to understand better what is happening there. We are able to provide well-sourced stories that no one else has through the original reporting done by the Chinese-language edition of The Epoch Times.