For those whose investing style is to buy quality, dividend-growing companies and hold them for years, there really has never been a bad time to buy Altria (NYSE:NYSE:MO), arguably the best stock ever to grace the market. 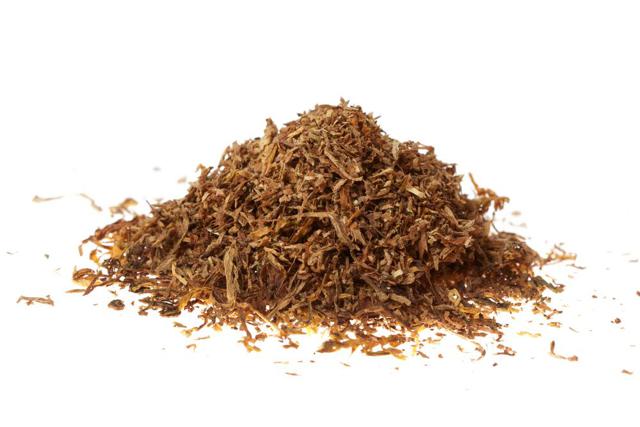 Yes, some days (and years) have been better times to buy it than others, as is the case with every stock. Over time, however, the tobacco giant - and long-time Dividend Growth Investing favorite - has proven to be resilient, dependable and highly profitable for shareholders.

Every so often, a Seeking Alpha contributor pens an article in which he or she says Altria is too richly valued. The author will say it's time to sell or, at the very least, not the right time to purchase.

The most recent example was Greg Vanderford's Nov. 10 piece, Continue To Stay Away From Altria For The Time Being.

I'm not picking on Greg, nor am I going to pick apart his article. Greg makes many good points about Altria's valuation, as well as some of the macro issues that could affect the company near term. Indeed, MO is trading at 21 times earnings, which is significantly higher than its 5-year average price/earnings ratio (17.1) and the industry's current P/E (19.5).

After acknowledging Altria's "large dividend (4.2%), stable cash flow, and very investor friendly management," Greg went on to say: "But just because a company is a generally excellent investment, does not mean that it is a good idea to buy the stock at whatever price the market is currently offering."

My thesis here is not that everybody should rush out and buy Altria. I'm just saying MO is that rare investment that is almost never a truly bad purchase. For investors - and I'm talking about investors, not traders - who are dedicated to long-term performance and/or income growth, MO tends to handsomely reward shareholders many times over.

How "Unlucky" Can You Get?

Let's say that since 1998, an investor somehow picked the single "worst" day every year to buy 100 shares of Altria (which was known as Philip Morris until its 2003 name change). That's right: For 17 years straight, he or she bought 100 shares of MO on the exact day its price reached its annual high.

Talk about bad luck! Or was it?

Take a look at this chart:

(Key: "Current Value" is how much each year's 100 shares are worth now and "Current Shares" represents the number of shares each year's purchase has created. Longrundata.com and altria.com were the primary sources of information. All dividends were reinvested).

All told, had this "unlucky" investor purchased 100 shares at the high point every year at a total price of $91,880 and reinvested dividends along the way, he or she would own 9,831 shares of MO worth $553,313. That's a six-fold return - pretty darn unfortunate, huh?

In fact, there's much, much more. In 2007, Altria spun off Kraft Foods, Inc., with every MO investor getting .692024 shares of the new company for every share of Altria held. At the time of the spin-off, the investor from our example would have received 5,957 shares of Kraft Foods.

In 2012, Kraft completed a spin-off of its snack-foods company. For each Kraft share owned, investors kept one share of the new firm Mondelez (NASDAQ:MDLZ) while receiving .33 shares of the renamed Kraft Foods Group. Assuming our 100-shares-per-year MO investor kept Mondelez and reinvested all dividends, he/she now has 7,277 shares of MDLZ valued at $314,876.

This past July, Kraft Foods Group merged with Heinz to form The Kraft-Heinz Company (NASDAQ:KHC), which paid a $16.50/share special dividend. Our MO investor's stake of KHC is now 2,545 shares strong - worth $180,110 - and the special dividend kicked off about $42,000 in cash.

The Most Smokin' Deal Of All

And let's not forget that Altria spun off its international operations in 2008, forming Philip Morris International (NYSE:PM). MO owners received one PM share for every Altria share held. That gave our MO investor 9,113 PM shares in '08, and that stake has grown to 12,582 shares today, worth $1,049,339.

And remember, that 2,200% gain came despite the "unlucky" investor buying 100 shares of MO on the very "worst" possible day each and every year. Just imagine what the gain would have been had he/she made the purchase on some down days for Altria!

There have been many fine dividend-growing blue chips over the years that have been bountiful for DGI practitioners and, well, investors of all stripes. Altria, though, has been extra special.

The company's stock price reaches new all-time highs so regularly that it's folly to sell MO just because it's doing well. Those who sold in, say, 2004, are kicking themselves today. Those who have bought MO and held it for years - better yet, decades - have had million$ of rea$on$ to $mile.

Well, I considered looking back to 1970, the earliest year available on longrundata.com and altria.com. The results would have been eye-popping, as Altria had 2-for-1 splits in 1974, 1979 and 1986, a 4-for-1 split in 1989 and a 3-for-1 split in 1997. Add in the birth of PM, MDLZ and KHC, and we're talking a serious eight-figure gain. While fun, however, I decided going back so far was unrealistic. And it wasn't necessary to make my point.

I chose 1998 because that was the year after MO's last stock split. It also was about the time online brokerages were becoming popular with retail investors, thanks to low fees from the likes of E*Trade. Stock investing wasn't only for the rich anymore.

Also, I went with '98 because that put the dot-com bust and the Great Recession into play. Yes, our Altria investor had a 2,200% gain despite buying stock on the highest day every year and despite the market suffering through two severe recessions.

Finally, I chose 1998 because I didn't want to be accused of cherry-picking start dates. Given MO's trends in 1995 and 2000, that would have been a legitimate claim had I gone with either a 20-year or 15-year look.

So I intentionally had the hypothetical investor start buying when MO was soaring as the market hit the dot-com bubble. The investor who bought MO at its 1998 height needed a few years for the value of those shares to get back to break-even (but benefited nicely by reinvesting dividends). I fully acknowledge that some folks would have panicked and sold before they reaped rewards. That's sad ... and it's also why I emphasize that this is about long-term investing, not trading.

Long before anybody had ever heard of Dividend Growth Investing, folks were buying Altria/Philip Morris for income and growth. In 2000, I made MO one of my first individual stock purchases. I have topped off the position many times since, buying most of my shares in 2012 and 2013 after settling on DGI as my preferred strategy.

Because I try to buy quality companies at attractive valuations, I am not using "new money" to add Altria here. I'm not selling, though, and I continue to reinvest those luscious, growing dividends every three months. Drip, drip, drip ... mo' mo' MO!

And I certainly wouldn't tell people to absolutely avoid MO now. With several outstanding non-tobacco ventures - including a 27% stake in SABMiller (OTCPK:SBMRY), which is in the process of being acquired by Anheuser-Busch InBev (NYSE:BUD) - Altria seems to always have something worthwhile cooking for shareholders.

Mike Nadel
15.14K Followers
"Do you know the only thing that gives me pleasure? It's to see my dividends coming in." - John D. RockefellerWell, a FEW other things give me pleasure, but I get where he was coming from.+++I manage two real-money portfolios at DividendsAndIncome.com:++ Income Builder Portfolio: https://dividendsandincome.com/income-builder-portfolio/++ Growth & Income Portfolio: https://dividendsandincome.com/mike-nadels-grand-twins-college-fund/

Disclosure: I am/we are long MO, PM, KHC. I wrote this article myself, and it expresses my own opinions. I am not receiving compensation for it (other than from Seeking Alpha). I have no business relationship with any company whose stock is mentioned in this article.