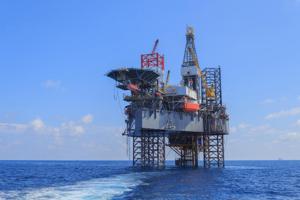 The failure of the Organization of Petroleum Exporting Countries to reach any meaningful agreement at their meeting in Vienna on Friday confirmed that the historic storm besetting the oil market has markedly reduced this once-powerful group's effectiveness and influence.

Far from adding an element of stability, an internally divided OPEC will contribute to further volatility in oil markets, with prices remaining low for longer than many anticipated.

The oil market is being battered by a perfect storm, as three distinct forces come together. The supply side has been destabilized by the rapid encroachment of shale energy technology. The demand side is undermined by declining global growth in general, and the sharper relative fall in emerging economies in particular. Third, the role of “swing producer” on the downside once played by Saudi Arabia and some of its OPEC partners- by reducing output when prices are low- has de facto been taken over by the U.S. This has shifted the mechanics of the market from discrete decisions on tightening supply to waiting for natural market supply and demand forces to set the pace.

The resulting collapse in oil prices sharply reduces export earnings of all producers. But their resilience, including the ability to manage their economies with lower income, varies significantly.

Some, such as Saudi Arabia and the United Arab Emirates, have sufficient financial reserves, other accumulated wealth, debt capacity and policy flexibility to manage the longer-term transition to an oil regime in which many of the non-traditional suppliers will be knocked out by lower prices. Others, including Venezuela, are being destabilized in ways that extend well beyond economic and financial factors and produce a growing possibility of political and social turmoil. Put these two sets of actors together in a negotiating room and the scope for disagreements is considerable, if not guaranteed.

Hoping to camouflage the degree of internal division, OPEC's official statement on Friday noted that, “in examining the current status of the oil market, the Conference respected the input and ideas of all Member Countries to find ways and means to deal with the challenges they are facing in the global oil market today.”

But when it came to action, the statement offered rather feeble guidance: “Member Countries should continue to closely monitor developments in the coming months.”

In the absence of any new agreement, OPEC has officially kept in place existing production quotas until the ministers meet again in June. In practice, individual member states will not feel constrained by any OPEC agreements on output levels. As a result, they all are likely to produce as much as they can, but each will be doing so for its own reasons.

For better-off OPEC members, producing more today is intended to secure a better competitive position in the future, exchanging sacrifice now for the well-being of future generations. For the struggling countries, the goal is to generate as much income as possible, and as soon as possible, to avoid major internal dislocations in the next few months.

Barring a major geopolitically driven shock, this set of dynamics will mean that oil prices will stay low and volatile for a while. Over time, this price configuration will drive out the higher-cost energy producers and encourage higher demand, which would restore OPEC's influence. In the short-term, however, the group will have little influence in stabilizing this unhinged oil market.

Mohamed El-Erian
6.53K Followers
Dr. El-Erian is Chief Economic Advisor at Allianz and member of its International Executive Committee. He chairs President Obama's Global Development Council, is a Financial Times Contributing Editor, a Bloomberg View columnist and author of the NYT/WSJ best seller "When Markets Collide." Dr. El-Erian formerly served as CEO and co-CIO of PIMCO, the global investment management company. He re-joined PIMCO at the end of 2007 after serving for two years as president and CEO of Harvard Management Company, the entity that manages Harvard’s endowment and related accounts. Dr. El-Erian also served as a member of the faculty of Harvard Business School. He first joined PIMCO in 1999 and was a senior member of PIMCO's portfolio management and investment strategy group. Before coming to PIMCO, Dr. El-Erian was a managing director at Salomon Smith Barney/Citigroup in London and before that, he spent 15 years at the International Monetary Fund in Washington, D.C. Dr. El-Erian has published widely on international economic and finance topics. His book, "When Markets Collide," won the Financial Times/Goldman Sachs 2008 Business Book of the Year and was named a book of the year by The Economist and one of the best business books of all time by the Independent (UK). He was named to Foreign Policy’s list of “Top 100 Global Thinkers” for 2009, 2010, 2011 and 2012. Dr. El-Erian has served on several boards and committees, including the U.S. Treasury Borrowing Advisory Committee, the International Center for Research on Women, the Peterson Institute for International Economics and the IMF's Committee of Eminent Persons. He is currently a board member of the NBER, the Carnegie Endowment for International Peace, and Cambridge in America. He chairs the Microsoft Investment Advisory Board. He holds a master's degree and doctorate (economics) from Oxford and received his bachelor and master degrees from Cambridge. He is an Honorary Fellow of Queens' College, Cambridge University.