Congressional lawmakers agreed to lift the 40-year oil export ban as part of a broad spending and tax bill passed last night. The White House has repeatedly said it would veto separate legislation repealing the ban. It is widely accepted that the Obama administration will pass this bill since it averts a government shutdown and extends tax credits for 5 years for wind and solar investment. An examination of what this might mean to the domestic and global oil markets as well as various energy investments is in order. If you are interested in a very detailed discussion of this topic I refer you to two excellent papers on the subject: "Effects of Removing Restrictions on US Crude Oil Exports" was published in September 2015 by the EIA and available at eia.gov. Also very good is "Navigating the US Oil Export Debate" published earlier this year by Columbia University/SIPA Center for Global Energy Studies. 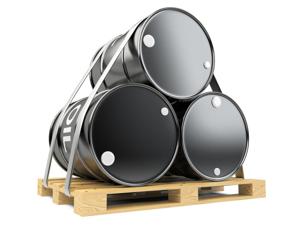 Currently, unlimited exports are allowed of refined petroleum products. Crude oil exports need a US government license. Exports of oil to Canada are automatically granted licenses as are exports from Alaska. More recently the government has allowed exports of condensate as long as it has been minimally processed through a refinery distillation tower. Condensate is a form of ultra light oil, with an API gravity of over 50 which flows in large quantities out of the various shale fields in the USA. It is a gas under high pressure underground, but condenses to liquid form at the surface. It may come as a surprise that during the first half of 2015 oil exports averaged 491,000 bbls per day, condensate exports averaged 84,000 bbls per day and our net exports of refined petroleum products averaged 1.7 million bbls per day. If sanctions against Iran are going to be lifted and they are going to be allowed to export oil again, if OPEC is going to continue its brazen war against the US oil industry it only is fair to level the playing field. Ending the export restriction on oil will be great for the US oil industry, perhaps not so good for our so -called friends abroad. What can we expect the new landscape to look like?

Another way to look at it is to look at our import capacity oil the gulf. The Louisiana Offshore Oil Port (LOOP) is one of the main import facilities in the US. It can handle the world's largest tankers. 1.2 million bbls per day or more can move through the LOOP. There is nothing stopping the LOOP from becoming an export load port. It cannot be done at the drop of a hat, but there is nothing physically stopping it from happening. The same for the other major gulf coast oil ports: Houston, Corpus Christi, Freeport, Brownsville and Beaumont. At the peak 4 - 5 million bbls per day of oil were imported through the US gulf. The US has the capacity to be a major global exporter of crude oil.

Effect on US Oil Production

Domestic oil production has been slowly declining this year as low prices have lowered drilling activity. See my article for detailed analysis. Any new oil exports above that which already exist will serve to arrest and perhaps reverse this decline. Oil exports from the US will not save overextended independent drillers from bankruptcy. It will solidify the position of well financed independent producers and over a period of 1-3 years capital budgets will stabilize and expand and profits will increase once again.

The effect on oil prices of the lifting of restrictions on oil exports has been the topic of some debate. Some analysts have made solid arguments why oil prices would rise. Others have said oil exports from the US would exacerbate the glut and prices would fall. Only time will tell, but I believe the net effect will be neutral. The US has not exported oil in decades and we are not going to flood the international market with oil. It will take a few years at best for oil exports to build from the US. Gasoline prices in the US are largely determined by international oil prices. I believe that US oil exports won't move prices very much thus gasoline prices won't be affected by oil exports from the US.

What will happen relatively quickly is that the price of oil in the US (commonly referred to at WTI) will equilibrate with International oil prices (generally benchmarked off of Brent). For the last few years the price difference between WTI and Brent has been negative; WTI has been at a discount to Brent. At times this discount has exceeded $20 per barrel. Even the possibility of US oil exports will make this price difference disappear.

US oil refiners will be the ones who feel the effect of the disappearance of the WTI discount. Refiners in the US have enjoyed fatter margins in recent years since the glut of oil in the US has depressed the price of their crude oil inputs while refined products prices remained relatively high due to their strong correlation to international oil prices. One of the main effects of the lifting of the US oil export ban will be to reduce US oil refiners' profit margins.

The big winner will be US domestic oil producers. They produce some of the highest quality oil on Earth and now enormous new markets will be open. The loser, in time, will be OPEC. They declared war on the US oil industry a year ago and we have been fighting with one arm tied behind our backs. Now the oil war is a fair fight. Honestly, if you are an oil refiner in Japan, China, South Korea or Europe who would you rather buy oil from? The Middle East or the United States? US oil producers will have new customers lined up around the block.

Another winner, counter intuitively, will be the super majors like Exxon, Chevron, BP and Shell. What money they lose on their US refining operations they will more than make up through their enormous global marketing operations. They will be key figures in exporting oil from the US. Moreover the super majors' refineries in the US are the most sophisticated, geared specifically to refining high sulfur, low gravity crudes widely available internationally. They are likely to export as much US production as possible and import international, lower quality crudes to refine here and then re-export the high value products. Lifting the export ban could be a boon for these large companies.

Another potential loser is the independent US refining companies. Their refining margins will get squeezed when the US crude oil discount gradually disappears. Since they do not have large international presences it will be more difficult for them to make up the shortfall in other parts of their operation.

In conclusion, the lifting of the export ban on crude oil is a natural extension of the US energy revolution. Our producers need wide open international markets for their oil. The US has the potential to export large quantities of oil. Oil markets are volatile and will remain so, but the ending of the export ban will have little net effect on outright oil prices. There will be a variety of winners and losers, but the biggest winner of all will be the United States which will in time take its place as one of the great oil exporters.