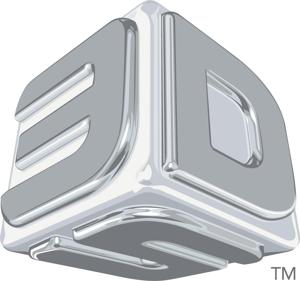 On Monday morning, 3D Systems (NYSE:DDD) announced that it would stop production of its $999 consumer 3-D printer, the Cube. With the 3-D printing business not taking off in recent years as hoped, the company has struggled to grow revenues and is looking for better returns on investments and higher earnings. Unfortunately for the stock, another hit to revenues and the associated write down has eliminated a large chunk of the recent rally.

I understand that the current management team, which includes an interim CEO, is looking for ways to improve the business. However, the consumer 3-D printing market was supposed to be a huge part of this industry's growth over the next couple of years. 3D Systems has underperformed in a significant way, with revenue estimates for this year coming down dramatically in the past year and a half. 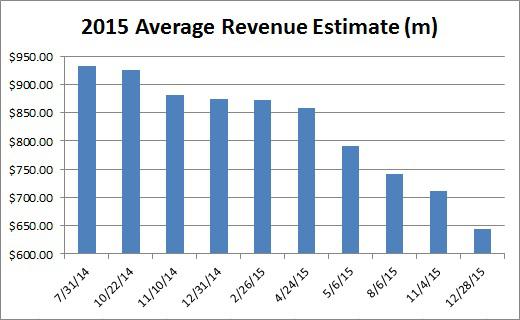 In the press release, management stated that revenues will be impacted by less than 2%. While that doesn't seem like much, we've seen the overall revenue estimate for this year come down by $287 million since July 2014. Now, the company is talking about taking off another $12.5 million or so of revenues, and this year was already projected to see a 1.4% decline. When your biggest problem is revenue generation, eliminating part of your business doesn't always seem like the best idea.

Management says that the move will help with profitability, but that's after the huge write down of inventory. Don't forget, analysts are using non-GAAP earnings for their EPS estimates, as the company's true bottom line number is actually much worse. In 2016, analysts were looking for a non-GAAP EPS rebound to $0.28, after $0.13 this year and $0.70 in 2014. Part of Monday's news will help with that EPS rebound, but we're still talking about a business in much worse shape than it was in 2014, and we are only looking at adjusted EPS.

I also believe that this announcement was poorly timed, as we had recently seen a shift in sentiment regarding this stock. Shares were looking to find a bottom, and a number of shorts were covering. In fact, as you can see in the chart below, short interest was at its lowest point since May 2014. That's despite a roughly 7 million share or 7% increase in the stock's float. The number of investors betting against this stock had finally started to turn. 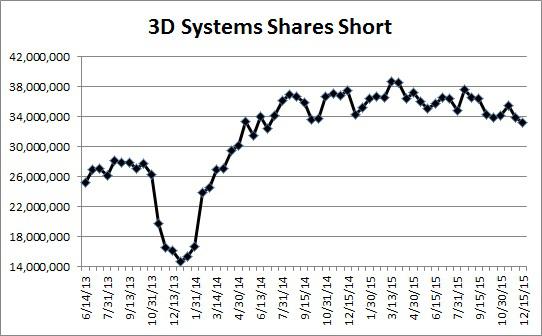 As the company looks to overhaul the business, management believes stopping production of the Cube will help with profitability, after taking out the necessary write down, of course. Unfortunately, this was a company that was struggling to grow revenues, so chopping off another 2% or so of the top line hits the company where it hurts most. Shares of the company had recently started to rebound from their multi-year lows, and short interest was continuing to fall, but about 30% of the recent rally has been eliminated thanks to this decision. This news puts an end to the company's dreadful 2015 year, but if we see more announcements like this in the coming weeks, it wouldn't surprise me if shares retest their 52-week low.

Bill Maurer
32.48K Followers
I am a market enthusiast and part-time trader. I started writing for Seeking Alpha in 2011, and it has been a tremendous opportunity and learning experience. I have been interested in the markets since elementary school, and hope to pursue a career in the investment management industry. I have been active in the markets for several years, and am primarily focused on long/short equities. I hold a Bachelor of Science Degree from Lehigh University, where I double majored in Finance and Accounting, with a minor in History. My major track focused on Investments and Financial Analysis. While at Lehigh, I was the Head Portfolio Manager of the Investment Management Group, a student group that manages three portfolios, one long/short and two long only. I have had two internships, one a summer internship at a large bank, and another helping to manage the Lehigh University Endowment for nearly a year. Disclaimer: Bill reminds investors to always do their own due diligence on any investment, and to consult their own financial adviser or representative when necessary. Any material provided is intended as general information only, and should not be considered or relied upon as a formal investment recommendation.
Follow