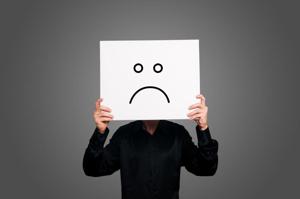 Optimism among individual investors about the short-term direction of stock prices fell to a nearly 11-year low in the latest AAII Sentiment Survey. At the same time, pessimism rose to a nearly three-year high and neutral sentiment remained above its historical average.

Bullish sentiment, expectations that stock prices will rise over the next six months, fell 4.3 percentage points to 17.9%. Optimism was last lower on April 14, 2005 (16.5%). Bullish sentiment has now been below 30% for seven consecutive weeks and is below its historical average of 39.0% for 43 out of the past 45 weeks.

Bearish sentiment, expectations that stock prices will fall over the next six months, jumped by 7.3 percentage points to 45.5%. Pessimism was last higher on April 18, 2013 (48.2%). Bearish sentiment has been above its historical average of 30.0% during four out of the last five weeks.

The very low level of optimism is occurring as the stock market has gotten off to a rough start in 2016. As of yesterday's close, the S&P 500 was in correction territory (down more than 10%). Also playing a role are concerns about the slowing pace of economic growth in China, escalating tensions in the Middle East and frustration with the pace of economic growth in the U.S.

Unusually low levels of optimism (this week's level ranks among the 20 lowest in the history of our survey) have historically had a stronger association with above-average S&P 500 returns over the following six and 12 months than unusually high levels of optimism.

The AAII Sentiment Survey has been conducted weekly since July 1987 and asks AAII members whether they think stock prices will rise, remain essentially flat or fall over the next six months. The survey period runs from Thursday (12:01 a.m.) to Wednesday (11:59 p.m.). The survey and its results are available online here.

AAII
2.14K Followers
Charles Rotblut, CFA is the editor of the AAII Journal, the flagship publication of The American Association of Individual Investors (AAII). Charles provides both insight about individual investor sentiment and market analysis. He is also the author of "Better Good than Lucky: How Savvy Investors Create Fortune with the Risk-Reward Ratio" (W&A Publishing/Trader's Press).