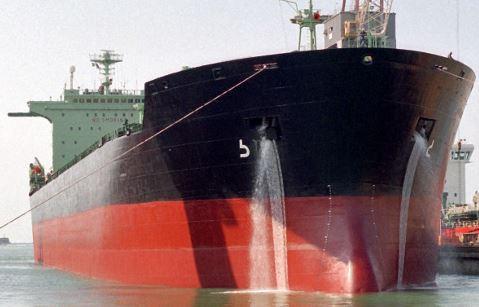 Scorpio Bulkers (SALT) is a dry bulk pure play, with 33 vessels currently on the water and an additional 16 newbuilds with scheduled deliveries through mid-2017. SALT also has 3 short-term time-chartered vessels on the roster. SALT was initially a private-equity darling, but saw its share price destroyed due to a horrendously timed leveraged bet on a dry bulk recovery. This oversized bet led to several bouts of massive equity dilution and the dry bulk markets continued to worsen.

The prospects for a dry bulk recovery looked very strong in the summer and fall of 2014. In September 2014, SALT sold $65M in 5-year exchange traded notes, with an interest rate of 7.5% on a par value of $25. These notes were extremely well received and SALT was able to subsequently increase the offering size to $73.625M. The notes trade on the NYSE under the symbol "SLTB."

In late February, credible rumors emerged that SALT might sell their entire fleet and cash out equity investors. I seized on this opportunity to load up on SLTB at $9.10, and issued a trade alert to Value Investor's Edge subscribers. If the rumors panned true, SLTB could be $25 in just a few months. If the rumors panned false, there was little downside risk. I believed SLTB was worth at least $15 on these prospects.

The full fleet sale was indeed a rumor, but SALT released impressive Q4-15 results, substantial financial improvements, and wisely followed up with a $63M equity raise at $3/sh. These moves have taken insolvency off the table, and the odds of default for the 2019 notes have nearly vanished. Value Investor's Edge subscribers and I got these notes for a 50%+ YTM, but they still offer 25%-30% payout and the majority of the risk has been taken off the table.

I've been a vocal bear on SALT since June of 2015 at nearly $21/sh. My most recent comprehensive public research on SALT was published on November 3rd, when they traded over $15. I didn't short directly as Safe Bulkers (SB) looked like a better play, primarily due to the high volume in options.

The primary reason for shorting SALT was their massive credit over-extension due to heavy ordering of higher-valued assets while utilizing high leverage. When dry bulk vessel values crashed, SALT essentially was stuck on a sort of 'margin call,' and would be forced to execute both a fire sale of assets and a panic dilution. Additionally, SALT had signed several TC-in ship lease deals, which virtually guaranteed a cash flow drain of several million per month. The majority of the bear thesis panned out exactly as scripted, but SALT has now survived the storm (albeit with nearly 90% losses over the past year), and is now a strong speculative play on a dry bulk recovery. The following price graph shows 1y performance, red 'x' for bearish reports and green 'x' for bullish reports.

Additionally, the CEO spent $430k to purchase shares at $2.98 in the open market last week. This is in addition to heavy insider buying by the founding Lolli-Ghetti family, which has now surpassed 15%.

I'm moderately bearish on the mid-term prospects for the dry bulk market, as shown through a plethora of coverage on related names such as Navios Maritime Holdings (NM), Safe Bulkers, and Diana Shipping (DSX). However, when the prospects change, I am open to changing my opinion.

I have recently initiated a position in SALT at $3/sh and SLTB is my #1 portfolio position with a basis of $9.10. I believe SALT is worth at least $5/sh, with a decent floor due to its NAV value of around the same. Even if the markets remain horrendous for several years, I believe the risk of default on the SLTB notes is now extremely low. Given recent changes, my price target for SLTB is $20/unit.

Mintzmyer founded Value Investor's Edge, a top-ranked deep value research service in May 2015, with the goal of establishing a top-tier community of deep value investors and activists. Value Investor's Edge subscribers leverage exclusive in-depth analytic reports and community investment experience to discover disconnects in global shipping and a variety of other beaten down sectors.

As part of directing Value Investor's Edge, Mintzmyer works with a team of five analysts and data technicians to deliver quality research and analytics to over 500 members. He has interviewed numerous management teams at public maritime firms, and has worked with a multitude of investors. Mintzmyer's exclusive analysis has received frequent 'Top Idea,' 'Must Read,' and 'Small Cap Insight' awards at Seeking Alpha and he is commonly cited in industry news such as TradeWinds and Splash 24/7.

Pursuing a Doctorate in Public Policy (Intl Relations) from Harvard University. M.A. in Public Policy, with focus on International Security & Economic Policy from the University of Maryland. Distinguished Graduate of the United States Air Force Academy with a B.S. in Economics. Extensive background in financial analysis, equity research, accounting, portfolio management, and customized asset allocation through nearly a decade of formalized education, personal studies, and practical experience. Avid reader of business/investments and biographies.


Legal Disclaimer: Any related contributions to Seeking Alpha, or elsewhere on the web, are to be construed as personal opinion only and do NOT constitute investment advice. An investor should always conduct personal due diligence before initiating a position. Provided articles and comments should NEVER be construed as official business recommendations. In efforts to keep full transparency, related positions will be disclosed at the end of each article to the maximum extent practicable. The majority of trades are reported live on Twitter, but this cannot be guaranteed due to technical constraints.

My premium service is a research and opinion subscription. No personalized investment advice will ever be given. I am not registered as an investment adviser, nor do I have any plans to pursue this path. No statements should be construed as anything but opinion, and the liability of all investment decisions reside with the individual. Although I do my utmost to procure high quality information, investors should always do their own due diligence and fact check all research prior to making any investment decisions. Any direct engagements with readers should always be viewed as hypothetical examples or simple exchanges of opinion as nothing is ever classified as “advice” in any sense of the word.

Disclosure: I am/we are long SALT, NM. I wrote this article myself, and it expresses my own opinions. I am not receiving compensation for it (other than from Seeking Alpha). I have no business relationship with any company whose stock is mentioned in this article.

Additional disclosure: I am long SALT via equity and SLTB. I am long NM via NM-H.