In his recent presentation, aptly titled "The Endgame," Stan Druckenmiller put some very interesting charts summarising the state of the global economy.

One chart jumps out: the U.S. credit outstanding as % of GDP 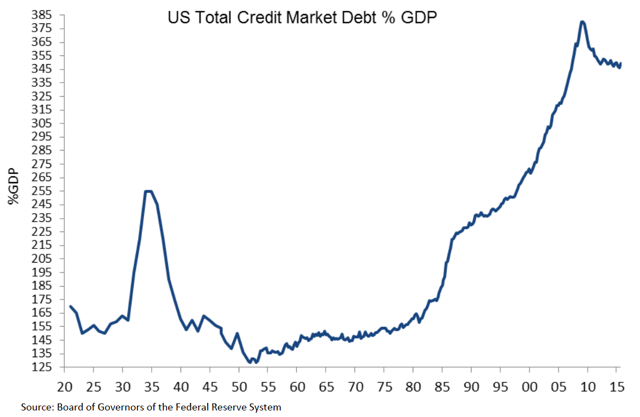 As Druckenmiller notes in another slide, the leveraging of the U.S. economy is being sustained by monetary policy that created unprecedented in modern history supports for debt: 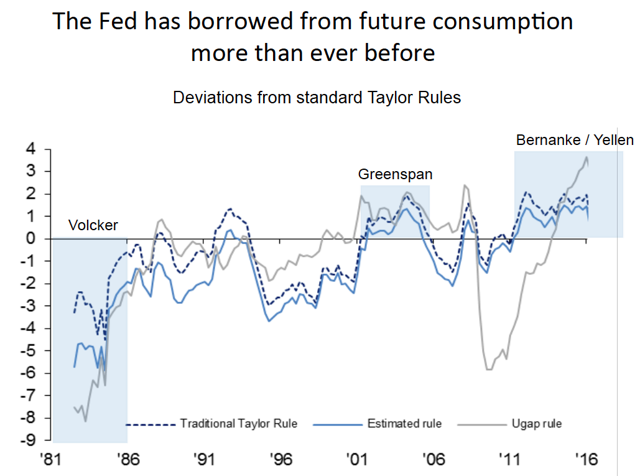 And as evidence elsewhere suggests, the U.S. credit creation cycle is now running on credit cards: 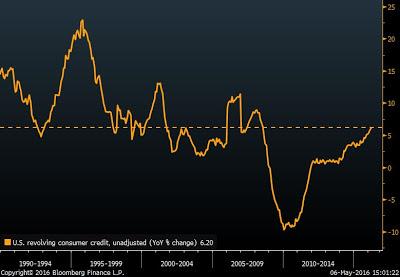 And the problem with this is that current growth rates are approximately close to the average rate of the bubble years 1995-2007. Which suggests that in addition to being close to exhaustion, household credit cycle is also less effective in supporting actual growth.

Which is why (despite a cheerful headline given to it by Bloomberg), the next chart actually clearly shows that the U.S. growth momentum is structurally very similar to pre-recession dynamics of the 1990 and 2000: 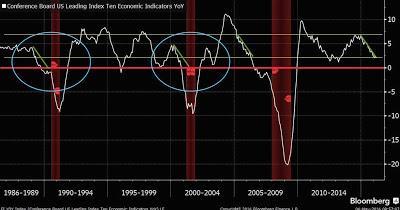 Back to Druckenmiller's presentation title... the end game...

Constantin Gurdgiev
1.05K Followers
I lecture in Finance in Trinity College, Dublin and at Monterey Institute for International Studies (California) and hold a number of non-Executive and advisory positions. I am research-active in macroeconomics and finance, as well as economic policy analysis and my academic record can be found on the designated section of my blog http://trueeconomics.blogspot.com/. In the past, I served as the Head of Research and Partner with St Columbanus AG, Head of Macroeconomics (Institute for Business Value, IBM), Director of Research (NCB Stockbrokers), Group Editor and Director (Business and Finance Publications). All opinions expressed are my own and do not reflect the views or positions of any of my past, present or future employers. Potential conflicts of interest are highlighted in the posts wherever I can reasonably foresee such arising.
Follow
To ensure this doesn’t happen in the future, please enable Javascript and cookies in your browser.
Is this happening to you frequently? Please report it on our feedback forum.
If you have an ad-blocker enabled you may be blocked from proceeding. Please disable your ad-blocker and refresh.