Earlier this year, I wasn't too impressed with Paramount Resources (OTCPK:PRMRF) as even though I acknowledged the company provided a very nice leverage on the oil and gas price, the company's long-term debt of in excess of $1.4B was worrying me. But now, the company has sold its Musreau gas processing plant to a subsidiary of Pembina Pipeline Corp. (NYSE:PBA) for a cash consideration of US$450M which helps to reduce the net debt. 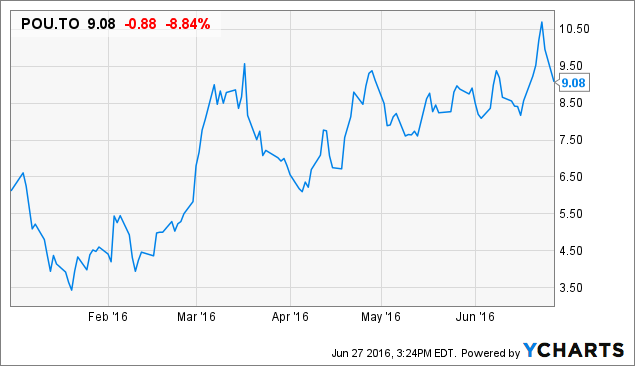 Paramount Resources is a Canadian company and you should know the company has a more liquid listing in Canada where it's trading on the Toronto Stock Exchange with POU as its ticker symbol. The average daily volume is 770,000 shares, and readers are hereby advised to trade in the company's shares through the facilities of the TSX. The market capitalization is C$920M ($702M).

Selling Musreau - not a popular move, but a necessary move

Paramount had to do something about its net debt situation, which was alarmingly high. It's pretty obvious the company wouldn't be able to generate a positive free cash flow in the first quarter of the year due to the low oil and gas prices and as the 'credit renewal season' was approaching fast, Paramount was fearing for a reduction of its borrowing capacity, so something had to be done to protect the company's flexibility to make sure the company wasn't put with its back against the wall and remained in the driver's seat. 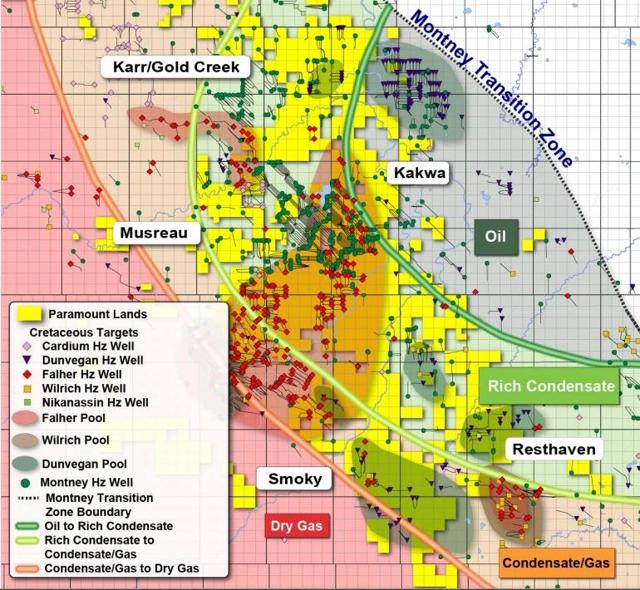 That's why Paramount sold its Musreau gas complex and the associated midstream assets to Pembina, which coughed up C$556M (US$435M) when the deal was closed and committed an additional US$25M+ in capital expenditures to enhance the facility. This sale could and should be seen as some sort of sale and lease back operation, whereby Paramount has now sold the facility for a lump sum of cash, but the sales agreement also included a take or pay agreement whereby Paramount Resources has the first priority to deliver gas to the plant. On top of that, Paramount also secured the right to demand Pembina Pipeline to 'build and provide' a processing capacity up to 200 MMcf/day at the 6-18 plant. This means the transaction is actually pretty favorable for Paramount, as it has locked in a long-term agreement with Pembina Pipeline. 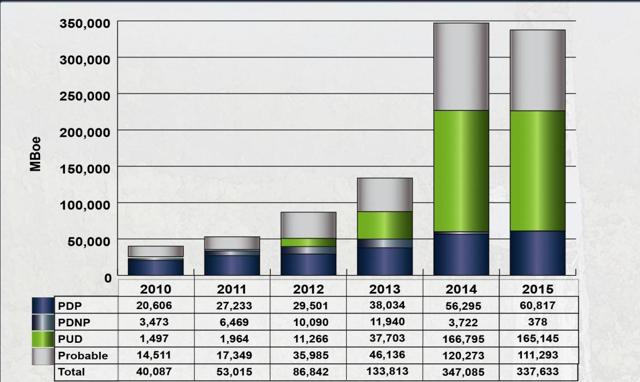 It wouldn't have been smart to sell the oil and gas assets at fire sale prices, so disposing the processing facility was a decent and understandable move, as it allowed Paramount to get its hands on quite a bit of cash. It's also interesting to realize the sales price of the processing plant is approximately 25% higher than the book value of the plant (C$556M versus C$432M (US$338M) (after deducting the liabilities associated with the asset retirement)), so it doesn't look like Pembina Pipeline got a real bargain on this deal!

Q1 was pretty bad, but Q2 should be better thanks to the higher oil price

In the first quarter of this year, Paramount's production rate increased rather sharply (by approximately 30%) to in excess of 50,000 barrels of oil-equivalent per day. This 50,161 boe/day was split up in a 49/51 liquids/gas ratio, but it's important to emphasize the company has been focusing on the liquids-rich zones of the Musreau area in the Montney region. That's visible in the company's production mix as the total gas production increased by just 3% whilst the total production rate of the liquids (oil, condensate and NGL) increased by a stunning 81%.

Despite the low commodity prices, Paramount's revenue increased by 13% to C$91.2M ($71M), and after adding the positive impact of its hedge book (US$11M), the total revenue came in at C$102M ($80M), a 32% increase compared to Q1 last year. Unfortunately, the company's production expenses also increased, but this was partly compensated by a US$30M currency benefit, which limited the net loss to C$46M ($36M). 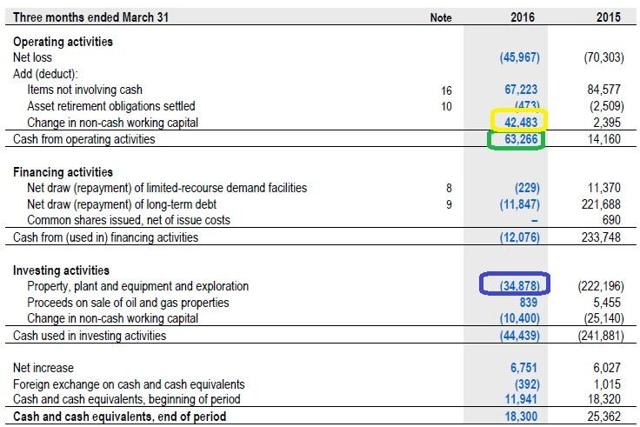 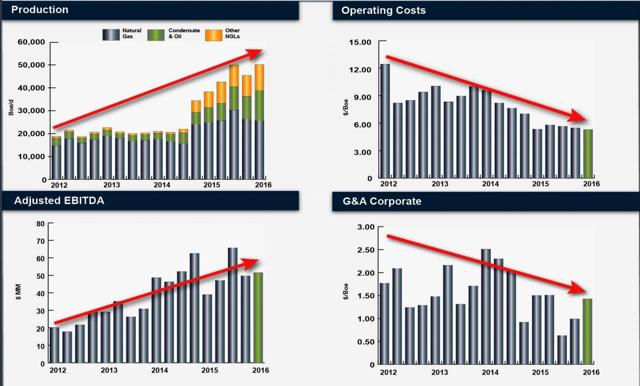 What's more important here is the fact that the company's net debt fell to just US$1B, down from almost $1.5B as of at the end of last year. This allowed the company to reduce the total amount due on its credit line, and the company's lenders have approved a new credit line of C$350M ($273M), reducing to C$300M later this year. As Paramount has only used less than half of its available line of credit, the company should have sufficient financial flexibility to continue to develop its properties, as the higher oil and gas price will also boost the cash flows.

As the total P&P reserves had a NPV10% of C$3.06B ($2.39B) on a pre-tax basis, the net NPV10% after deducting the remaining net debt is approximately C$1.7B (US$1.33B) or US$12.5 per share (versus a current share price of US$7). This means the recent strength in Paramount's share price was warranted, as the sale of the Musreau gas complex to Pembina has given the company more room to breathe.

Sure, the net debt remains relatively high, but it will be interesting to see how the company performed in the second quarter of this year, and if it entered into additional hedging contracts now the oil and gas prices are trading at an acceptable level again. Paramount now has 3 years to get its hands on cash to repay the senior notes due in 2019 (which were trading at 82 cents on the dollar as of at the end of the first quarter).

The Investment Doctor
16.8K Followers
Author of European Small-Cap Ideas
We zoom in on capital gains and dividend income in European small-caps
As I'm a long-term investor, I'll highlight some stockpicks which will have a 5-7 year investment horizon. As I strongly believe a portfolio should consist of a mixture of dividend-paying stocks and growth stocks, my articles will reflect my thoughts on this mixture.