We recently started following a short list of cannabis related companies as the 2016 elections get closer. Cannabis reform will be a major point on the ballot in 20 states.

There have been some developments in the past week that we wanted to update readers about regarding AMMJ, CBIS, GBLX, GRCU, HLIX, HEMP, HTCO, INSY, MJNA, and NGBL.

Updates ranging from new dispensaries opening to acquisitions show that this growing industry is worth watching closely.

There have been more developments in a handful of cannabis related companies over the last week, some major and some minor.

For readers who missed our previous article in this series, be sure to check it out to stay up to date on developments in the rapidly growing cannabis industry.

Marking its first consulting client in California, American Cannabis Company officially has expanded its client base to 17 states total in addition to international operations in Canada and Guam.

Cannabis Science has announced that they would be moving their headquarters to Irvine, CA from Colorado Springs, CO. This move is supposed to bring CBIS closer to its clients, laboratory resources, and more. This move follows Colorado Springs, as they have extended bans/moratoriums on cannabis businesses recently.

Green Cures has made a few announcements today pertinent to shareholders. They have announced that their Hollywood Hemp division's health and beauty products have been produced, and are on their way to GRCU's HQ. They plan to sell these products on Amazon.com (NASDAQ:AMZN) as well as through retail distribution outlets. Additionally, GRCU has entered into a licensing agreement to market and distribute their Top Dogg natural testosterone boosting products.

Helix TCS has acquired Cannabase, a wholesale cannabis technology platform. According to Cannabase co-founder Jennifer Beck, "the partnership with Helix TCS will help Cannabase offer fully integrated sales and delivery options to Cannabase's client base, while Helix TCS' strategic partnerships act as force multipliers for Cannabase's existing and soon to be announced technology solutions." These synergies should bolster the technological and logistical offerings from HLIX.

Today, Hemp, Inc. reported that Hawaii Senate Bill 2659 would be signed into law. This bill is an "industrial hemp pilot program through the Department of Agriculture which allows the cultivation of industrial hemp and distribution of hemp seed in Hawaii for purposes of agricultural or academic research." This is a major windfall for Hemp, Inc. as well as other hemp related companies. 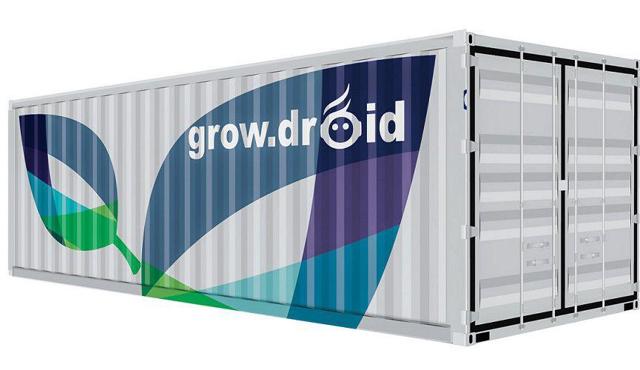 HempTech has shipped demo units of its "Controlled Environment Agriculture" containerized grow systems to distributors. This should increase market penetration of HTCO's fully automated cultivation systems in Colorado and beyond.

Earlier this week, it was announced that the FDA has approved INSYS Therapeutics' Syndros oral appetite enhancing, nausea reducing dronabinol liquid. Intended to be prescribed for anorexia, AIDS, cancer chemotherapy, and more, INSYS has tapped into what could be a nearly $700 million market.

It was announced today that Notis Global has locked in a purchase agreement for over 115 acres of farming land in Pueblo, CO. This parcel of land connects two of NGBL's existing parcels of farm land, giving NGBL nearly 450 acres for cultivation, production, and more. This announcement is following NGBL's June 21st announcement that they had received a $300,000 CBD oil order.

As mentioned in our previous cannabis update article, we will be watching this industry closely as we near the November elections. With a reported 20 states putting cannabis reform on the ballot this year, it is sure to be interesting. We will be sure to update readers on any movement we see happening within the industry.

Follow FX Metrix, LLC and get email alerts
+
Add a comment
Disagree with this article? Submit your own.
To report a factual error in this article, click here.
Your feedback matters to us!