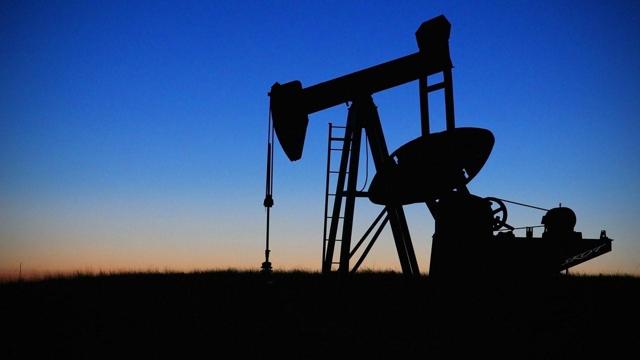 After buying as much crude as they could in the first quarter because of the low price of oil, Asian refiners are starting to cut back on buying crude, as the region is now oversupplied with crude and refined products.

A poll by Reuters of 61 economists found that economic growth in China dropped to 6.6 percent in the second quarter, the lowest level in 7 years.

Under normal conditions, this time of the year Asian refiners would have boosted utilization rates starting in July in order to meet increased demand for gasoline and diesel, which climbs in the summer season. But because of the crude acquisitions in the first quarter, there is more than enough to meet demand, which is another reason they're cutting back on runs.

A final factor is while oil has pulled back over the last couple of months, it's still a lot higher from February lows of just over $26 per barrel. That has shrunk margins, which is cutting back on profits for the refineries.

Together this has lowered Asian demand, with some companies in the Middle East lowering prices to generate more interest. Combined with an increase in oil rigs in the U.S., this could put pressure on oil prices going forward as shale production slowly ramps up. Consequently, the price of oil will probably remain level, and possibly test the $43 mark or lower.

Add to this the increase in oil from Nigeria, Libya and Canada, along with added supply from Iran and Saudi Arabia, and it's setting up a scenario where supply could exceed demand once again, resulting an increase in inventory.

Most of us are aware Asia, and China in particular, has been experiencing an economic slowdown. The 6.6 percent growth rate in China may be even more optimistic than warranted, but it does confirm the growth trajectory of China is flattening, and with it the rest of Asia.

With China being one of the largest consumers of oil, and easily the fastest growing one, how it goes so will go the pace of demand growth for oil. Along with the U.S. and other parts of the world, there remains a huge amount of inventory to work through, and if it starts to climb once again the price of oil will easily fall to $40 or lower.

None of this is a surprise because this has been the practice of China in regard to commodities in general over the years. If the price of a commodity falls, China is quick to acquire as much of it as it can if it lines up with the needs of the country. Only storage capacity and infrastructure limitations are keeping it from buying up even more crude.

The question now is what happens as Asia continues to slow down economically as it works through excess product. This comes as refiners are preparing to shut down for maintenance once again.

With the price of oil up about $20 per barrel from February lows, it has also put pressure on refinery margins, which is also weighing on Asian oil demand.

Several outages were the key catalysts to the boost in oil prices the last couple of months, but those situations are improving, as Canada is boosting production after the wildfires there, and Nigerian output climbed 150,000 barrels per day in June, up to 1.57 million barrels per day.

As a whole, OPEC production has jumped by 300,000 barrels per day to 32.7 million barrels per day, according to Platts. That's the highest level in about 8 years.

It will take till the end of the year to get a clearer picture of how the increase in shale production by some producers will offset the decline in production by high-cost shale producers. If that surprises at all to the positive side, oil supply looks like it's on a pace to exceed demand.

We'll also get a clearer look at Asian demand once maintenance by refiners is complete, and some of the refined products are presumably worked down.

A slowing China and Asia will cause the process to take more time than originally expected.

With U.S. shale production it's a little harder to get a firm grip on the impact of increased rigs, more completed wells, and the declining production from weaker companies. We have no historical guidelines in the shale industry, so we're going to learn as we go.

My thought at this time is shale production will continue to decline for now, but it won't be at the level we thought because new supply will offset the decline some. There is no way of knowing how much that will be, although increased productivity and the completion of premium wells make it likely U.S. shale industry production could surprise to the upside once again, as it has in the recent past.

I don't see there being more visibility until at least the last quarter of 2016, and possibly by the end of the first quarter of 2017. Some wells will be producing, while others will be completed throughout the remainder of the year. The staggered completions mean it'll take a couple of quarters at minimum to get more clarity on the impact the added shale supply will have on the market. In the meantime, there will be further deterioration in supply from heavily indebted, high-cost shale producers.

We have a fairly clear idea of where shale production is likely to fall, what we don't have is how much of that will be offset by more well completions, and the impact of more rigs being brought back into operation.

As usual, there is an ebb and flow concerning what is having the most effect on the price of oil, and in the short term I see the economic weakness in Asia and the increase in OPEC production as key factors.

Later in the year and early in 2017, shale production should come more into play. The caveat there is if output plunges in the near term at a pace increased wells and production aren't able to keep up with or offset much, which may balance off the increase in supply from OPEC.

It's also not certain original projections for growth in demand for oil will reach those estimates. At first it was at 1.2 million barrels per day in demand growth for 2016, but that has been upwardly revised by some from 1.4 million bpd to 1.5 million bpd. If it comes in on the lower end of the estimate, or possibly under it, the price of oil will come under further downward pressure.

I don't see any upward price breakout for oil; there are too many headwinds to allow for it, outside of unexpected outages. For that reason I continue to believe oil will trade sideways in a range from the lower $40s to the upper $40s for the remainder of 2016.

If there is a big movement, it is more likely to be down rather than up under the current known data and factors affecting the price.

Gary Bourgeault
12.72K Followers
I am a former investment advisor and owner of several businesses. These days I invest only for myself while continuing to write on a variety of financial and economic topics.