Exxon Mobil Corporation (NYSE:XOM) has a long and illustrious history, which goes all the way back to its predecessor company, Standard Oil.

Standard Oil is quite simply one of the most legendary success stories of American business, and could be viewed as the "founding father" of the U.S. oil industry. In 1904 (near its market share peak), Standard Oil controlled 91% of oil production and 85% of final sales in the United States.

Standard Oil grew at such a rapid pace, that in 1911 it was dissolved by the U.S. Supreme Court on antitrust grounds. Standard Oil was separated into 34 smaller companies, which include many large companies today, such as Exxon Mobil and its close competitor Chevron Corporation (CVX).

Today, Exxon Mobil is the largest oil corporation in the world based on its market cap of $359 billion. For comparison, the 2nd largest is Royal Dutch Shell (RDS.A) (RDS.B), with a $208 billion market cap.

Exxon Mobil and Chevron hold a special distinction that shows their durability. They are the only two Dividend Aristocrats in the Energy sector. 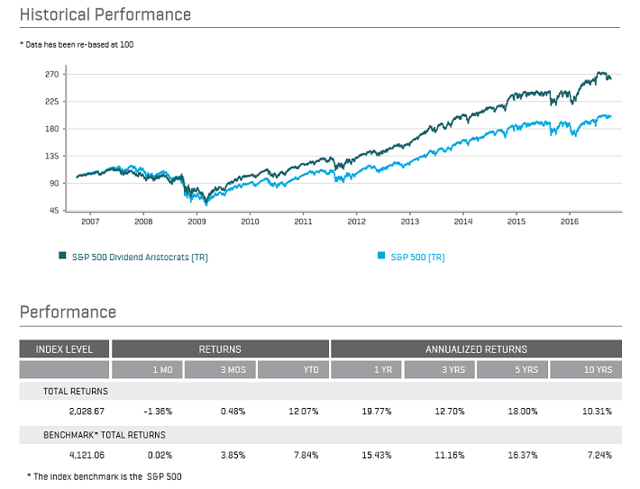 Keep reading this article to learn more about the investment prospects of Exxon Mobil.

The reason why the Rockefellers were so successful was their laser-like focus on keeping costs low and innovative drilling techniques, to separate themselves from the competition.

This strategy allowed them to steadily gain market share. The current Exxon Mobil keeps the same tactics today. This is why Exxon Mobil routinely generates industry-leading returns on capital and has the best balance sheet in the industry.

For example, even though the huge decline in commodity prices over the past two years has caused many oil and gas companies to incur steep operating losses, Exxon Mobil remained profitable last year.

It still earned $16.2 billion in net profit for 2015, thanks to its cost-cutting efforts. Exxon Mobil cut capital spending last year by $7.5 billion. These efforts helped the company generate an 8% return on capital employed last year, solidly above its peer group.

Unfortunately, conditions have not improved much over the course of 2016…

Exxon Mobil's earnings per share declined 62% over the first six months, compared with the same period in 2015. The biggest area of weakness for Exxon Mobil is its upstream operating segment, which is composed of its exploration and production activities.

Upstream is the side of the business that is mostly highly exposed to commodity prices, which is why Exxon Mobil's upstream profits collapsed by 86% last quarter, year over year. 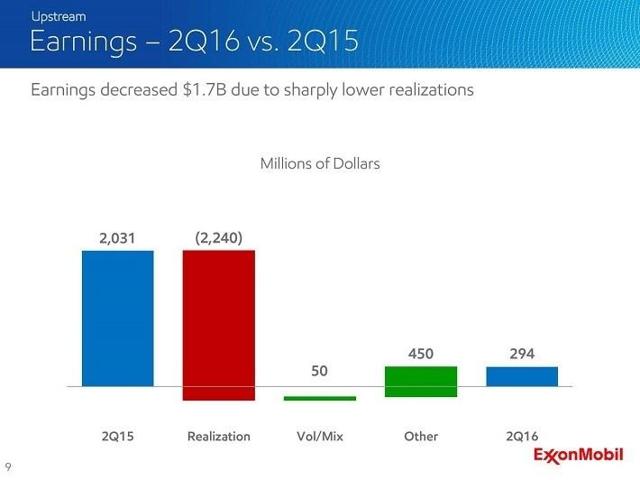 Still, Exxon Mobil earned $3.5 billion in profit over the first half of the year, again due mostly to cost cuts. Exxon Mobil slashed its capital spending by 36% in that time, and also suspended its stock buybacks.

The good news is that Exxon Mobil has a large portfolio of high-quality assets and several major projects set to ramp up over the next year, which will help improve its returns on capital, and allow the company to capitalize on any recovery in commodity prices.

Like Standard Oil, Exxon Mobil has kept a focus on pursuing the most valuable opportunities. That is why it has planted its flag in the premier oil and gas producing fields in the U.S., including the Permian Basin and Bakken fields.

Exxon Mobil is the largest operator and driller in these two fields. The company has significantly reduced its operational costs to help maximize profitability while commodity prices remain low. 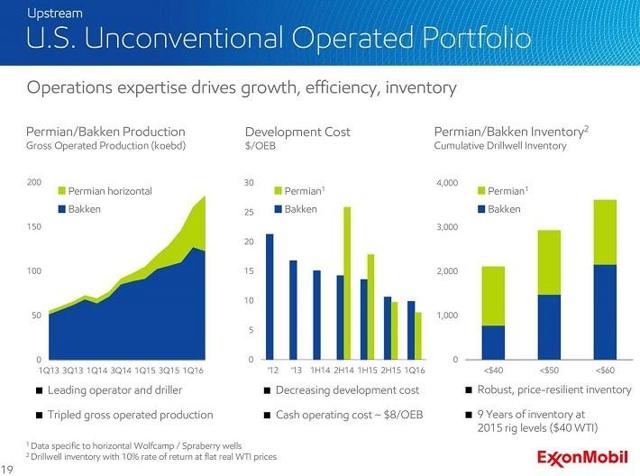 Going forward, investors can expect Exxon Mobil's earnings to continue growing at a steady pace. Not only will the company benefit from a recovery in commodity prices, but it also will help Exxon Mobil's cash flow position simply by no longer requiring such high levels of spending.

For example, Exxon Mobil has huge projects in Papua New Guinea and the Kearl oil field in the Canadian Oil Sands. The Papua New Guinea liquefied natural gas, or LNG, field is expected to produce approximately 6.9 million tons of LNG per year. The Kearl oil field is expected to produce nearly 500,000 barrels per day of diluted bitumen at full capacity. Exxon Mobil estimates the field will last more than 40 years.

Once these projects are up and running, they will go from being a use of cash to being a source of cash. This will help Exxon Mobil's bottom line, even if commodity prices remain weak.

This is in contrast to the company's 10-year growth numbers - which look bleaker than what investors should expect going forward. From 2005 through 2015, Exxon Mobil's earnings per share actually declined by 3.2% a year. Dividend payments per share grew by 9.7% a year over the same time period.

Put another way, oil prices declined from around $140 a barrel in 2005 to under $50 a barrel in 2015. That type of decline is not going to happen again over the next decade - in fact, the reverse is more likely to occur.

This provides the company with the financial strength to aggressively pursue growth opportunities that smaller drillers cannot.

In addition, Exxon Mobil is an integrated company, meaning it has large upstream, downstream, and chemicals businesses. These businesses complement each other well and provide valuable diversification.

When commodity prices decline, it is bad for upstream. But Exxon Mobil's downstream and chemicals businesses still produce earnings and help the company stay profitable. Non-integrated energy businesses do not have the same level of stability.

These qualities helped Exxon Mobil navigate the 2008-2009 recession, which was a period similar to the current environment, in which commodity prices fell significantly. Still, Exxon Mobil remained profitable throughout the Great Recession.

Oil prices fell by around 50% from 2008 through 2009… But Exxon Mobil remained profitable. The company is the largest and most powerful oil company in the United States. It is the 'black gold standard' in the industry.

Exxon Mobil increased its dividend by 2.7% in 2016, which was its 34th consecutive year of dividend increases. Exxon Mobil is a Dividend Aristocrat, and has paid a dividend for more than 100 years. Exxon Mobil stock has an above-average 3.4% dividend yield.

Even the more stable book value isn't a perfect gauge of Exxon Mobil's valuation multiple. It is very likely that the company's value will rise significantly when oil prices rise, thanks to both increases in earnings and valuation multiples.

I expect the company to generate earnings per share growth of 4% to 6% a year over the long run. This growth combined with the company's current dividend yield of 3.4% gives investors expected total returns of 7.4% to 9.4% a year, before changes in the valuation multiple. As discussed above, it's more likely than not that the company's valuation multiple increases from current levels when oil prices rise.

Exxon Mobil operates in a highly cyclical industry, but it has generated very strong returns over a long period of time. The company does an excellent job of cutting costs to keep returns on capital high.

It has a proven ability to navigate the ups and downs of the oil market exceptionally well. While its performance can be volatile depending on commodity prices, Exxon Mobil is an excellent stock to hold over the long run for investors looking for high dividends and (relative) stability in the energy sector.

The company is one of the 6 oil and gas 'super majors' - and is likely the safest investment among the 6.