Rosetta Stone (NYSE:RST)'s financial results over the past few years demonstrate the severity of the company's disruption problem.

The company's language learning, or core business, revenues peaked in 2012, and have been declining since, at an increasing rate.

Duolingo, backed with funding from Google Capital and other VC firms, has been trying to disrupt RST and the language-learning industry since 2011.

Duolingo's latest update, featuring "Bots," allows users to converse with an AI to develop listening and speaking skill. Rosetta Stone investors should be wary of this development, as it continues the degradation of RST's competitive moat, but more importantly, financial results.

Duolingo and Rosetta Stone both provide language-learning services; however, there are several important distinctions between the companies.

Duolingo's demonstrated competitive advantages outlined above have led customers to flock to the service. The company dominates RST in terms of subscribers: 110 million people use Duolingo worldwide, compared to a number around 9 million for RST.

Customer disparity should be expected given the different pricing mechanisms and target markets. However, Duolingo is increasingly encroaching on Rosetta Stone's target markets. 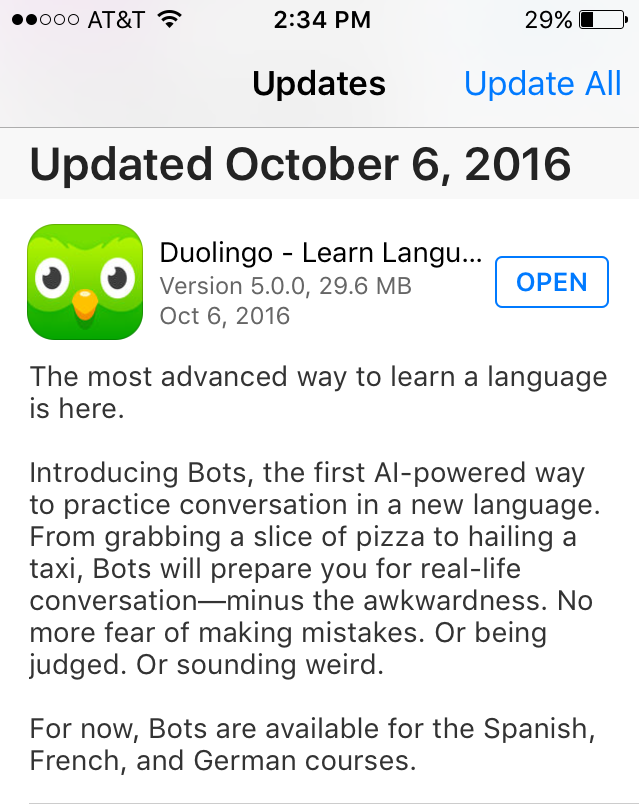 Bots allows users to converse and develop conversational language skills - without requiring another human. Practicing listening and speaking is the most realistic form of language practice.

Rosetta Stone competes by offering the same conversation service; but to do so, it employs native speakers to engage with users.

By offering the same service without marginal cost (without employing people), Duolingo provides a model of how to compete on price.

"Bots" looks to continue and speed up this trend; as more users shift away from RST, the company will have less ability to pay native language speakers for its platform, leading to further market shifts. Unless something changes, RST's main business looks to continue its decline in the foreseeable future.

Connor Davis
201 Followers
Connor Davis is the Founder and Principal of LH Capital Management, a small and mid-cap equity investment manager based in Dallas, Texas.LHCM provides investment advisory services to individuals and institutions. LakeHighlandsCapital.com has more information.All information is informative in nature and not of grade for decision-making. You will require different investments, depending on your individual circumstances. Investors should not make decisions based on any one viewpoint, including mine.Information is not an offer to sell neither securities nor a solicitation of an offer to buy securities. Past performance can never guarantee future performance. Nothing published should be considered investment advice - always do your own due diligence and consider your entire financial position before making investment decisions.
Follow