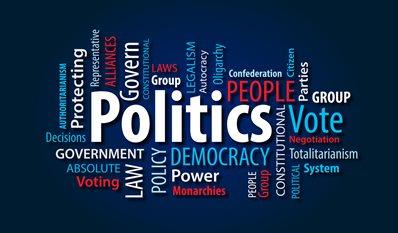 Through much of the Summer and early Fall, the market has anticipated a Presidency of Mrs. Clinton. The polls also justified the confidence. Even though investors are wiser post-Brexit about the vulnerabilities of polls, the data was too strong to disregard.

But just a few days before the Day of Verdict, what was once a faint but persistent drumbeat deep in the mines of Moria has now surfaced above ground in a loud crescendo that may just have the momentum to upend the status quo.

Since last week the polls had begun to show some normal pullback for Clinton (blue line) from a very high level. But last Friday's FBI announcement of reopening the email server investigation, literally knocked the wind out of the campaign's sails and a normal pullback has turned into a disruptive slide.

To the technically minded, Clinton's Blue Line could be framed as a "Double-Top," while Trump's Red Line as a "Cup with a Long Handle or a "Double-Bottom." And investors know, which looks more bullish.

The new polling data is causing tremendous anxiety and a steady recalibration of the market expectations. A Trump win is not considered helpful to higher market valuations due to prolonged policy uncertainty. Consequently, the markets have been sliding down as fast as the polling numbers of Clinton.

Markets Slide As Well Losing 3% to 6% Over A Week 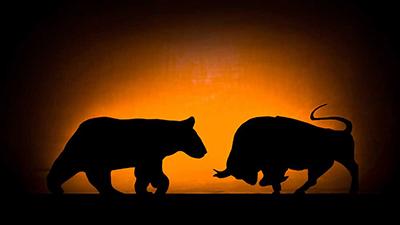 The S&P 500 and Nasdaq have been declining for the last 8 consecutive sessions, matching the S&P 500's longest run of losses - 8 days - over the past 20 years. The last instance was at the height of the financial crisis in October 2008. The current decline beats the 7-day losing streaks, due to the Lehman bankruptcy in 2008 and the European debt crisis in 2011.

It should be noted that the 8-day decline is not as deep this time as the ones experienced during the two earlier crises, with the S&P 500 (NYSEARCA:SPY) losing only -3% presently. The Nasdaq (QQQ), though, has experienced a heftier loss of -5%, and the smallcap Russell 2000 (IWM) has lost -6%, during this 8-day stretch.

It is clear that the persistent declines are manifesting the downbeat investor sentiment permeating the stock market. 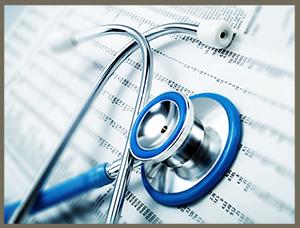 If healthcare had a persona, it would feel like the Cleveland Indians' fan. No matter which way the dice or ball rolls, it always comes up short. It has become a never-ending, almost there, kind of story.

No other investment sector has more riding on the White House and Congressional control battles than the healthcare sector, particularly the pharmaceutical and biotechnology companies. A split Congress or a Republican-controlled Congress reduces the likelihood of sweeping new legislation, including pricing curbs.

When Clinton had a very high winning probability of over 80%, the strong showing brought forth the question of the presence of a wave that will be strong enough to "flip" both the House and Senate. The healthcare sector took a big hit on such fears of a Democratic-controlled Congress. This was the case even when the House of Representatives appeared firmly in Republican control, as was discussed in detail in the Seeking Alpha article, "The State Of The Stock Market Days Before Elections."

With Trump now ascendant in the polls and the race tightening for the White House, it's abundantly clear that the Democratic chances of even Senate control are in jeopardy, while the House control is not even on the radar anymore. But the healthcare sector still continues to take it on the chin as it joins the rest of the market, sliding down in Trump-induced uncertainty.

There is a miasma of despair around biotechnology stocks, with the valuations now testing the 2016 lows recorded in February and June. The larger cap ETF of Biotech stocks, (IBB), tracking the Nasdaq Biotechnology Index, has dropped -18% since its highs 6 weeks ago, while the relatively smaller-cap Biotech ETF (XBI), tracking S&P Biotech Index, has shed 23% over the same period. The pace of decline over a short period suggests indiscriminate selling.

Healthcare has become a case where the baby is also being thrown out with the bath water. And it won't change till we have clarity late Tuesday, November 8. As was observed in an SA article in September, "Biotechnology: No Easy Way Out, But Almost There:"

At this point we find the 800-pound pricing control issue gorilla sitting on the other end of the biotech valuation see-saw, who isn't going to budge till at least November 8, election day. A makeup of Congress that can limit the ability of any sweeping curbs on pricing to turn into law, will be considered highly favorable to sector valuation."

How do we position the Portfolio? 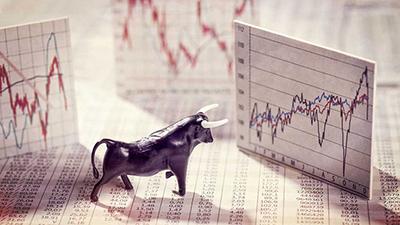 Unless there is another update from FBI, which can be market-moving either way, or most polls swing in Trump's favor over the weekend, we would anticipate that much of the pre-election decline has been factored into the market. Key indexes are already very close to their strong technical support line of 200-day moving average. With only 2 trading days left before election, one simply has to endure the portfolio drawdown till final clarity is achieved.

If indeed Trump prevails on Tuesday, then the market will firmly be in a correction mode with double-digit declines over November. If Clinton prevails, then the market should see a bounce back in the form of a relief-rally, overcoming the recent meltdown.

At this time, the only question is which way the White House goes. The control of Congress is no longer an issue and it will either be ((a)) a Republican Congress, or ((b)) a split control with a Democratic Senate and a Republican House. There is no longer sufficient momentum in Clinton's pursuit to favorably impact the downticket races for the House.

The ongoing situation creates the possibility of a slingshot on November 9. Earnings have generally been better than expected and supportive of valuations, with the S&P 500 companies expected to report earnings growth of +2% instead of a decline of -1% expected before the earnings season. Consequently, if investors find a resolution of the election process in favor of long-held expectations, the market will overcome its tentativeness and surge.

This can be particularly true for Biotechs, which have been severely punished. The clarity of the elections will spur acquisition activity, which has been stalled for sometime. During the earnings call earlier this week, Pfizer's CEO Ian Read mentioned that the drug industry is "on pause" for major deals until after the U.S. presidential election and the resulting clarity.

The recent shrinkage of risk-appetite and a flight to safety, due to political uncertainty, has compressed valuations. We believe the meltdown in smallcaps and biotech will turn out to be an overreaction as the market discovers a more benign reality post-elections than it is assuming presently.

Nonetheless, the risk is real of a Brexit-style upset and should not be dismissed. It is prudent to wait for election uncertainty to clear. There are a number of promising opportunities that should be considered following the elections. These include Akamai (AKAM), Netflix (NFLX), Microsoft (MSFT), Teck Resources (TCK), Vale S.A. (VALE), Tesaro (TSRO), Mimecast (MIME), Clayton Williams Energy (CWEI), Alkermes (ALKS), Seattle Genetics (SGEN), GW Pharmaceuticals (GWPH), CoLucid Pharmaceuticals (CLCD), and Corcept Therapeutics (CORT), amongst others.

This is an opinion piece providing a reasoning to recent market events, and is focused only on investment outcomes. If you feel same or differently about the market action please share your viewpoint below in the Comment section. Kindly do note that the above analysis is not a political endorsement or hit-piece of any kind. So please spare the political vitriol.

NOTE: Graycell Advisors and Prudent Biotech publishes stock portfolios for investors and registered investment advisors (RIA) based on a systematic investing strategy driven by quantitative models. If you wish to learn more about the Portfolios, Historical and YTD Performance, and View Samples, kindly click on the links above. For a Seeking Alpha profile, click here. For additional articles, you may also consider visiting our Blog.

For similar articles in the future, you can click on the "FOLLOW" button or click on the link next to the Name at the top of the page.

Graycell Advisors or Prudent Biotech is not a RIA. Past performance is not a guarantee of future results. Information here is only provided for general informational purpose and not as a recommendation, and is not guaranteed to be complete or accurate. Opinions, where expressed, can change with time and new information.