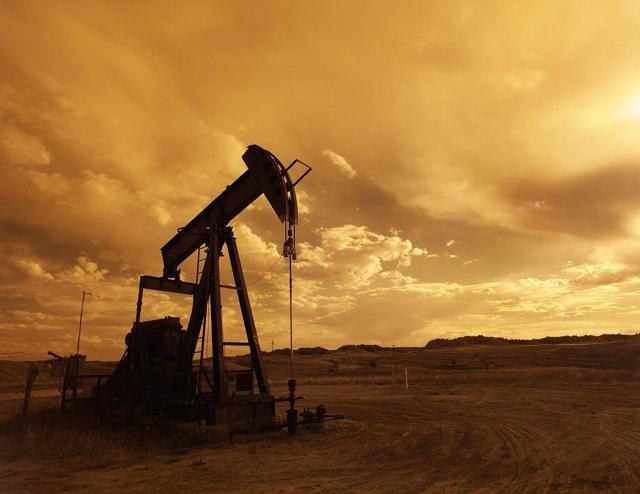 The coverage of financial media concerning the proposed OPEC production cut deal is approaching the hysterical. It's become similar to political theater, taking on the dimensions of a soap opera. Every word spoken by some person even loosely associated with OPEC is rapidly reported by the media as if it has some type of significance to the industry and price of oil, in the way it has had in the past.

We continue to be bombarded with the moment-by-moment ups and downs of every possibility that may occur as we approach the next OPEC meeting. One possibility is thrown out, while another on the opposite side of the story is added to attract those standing on either side of the issue.

As OPEC is taking center stage for what will be its last grasp at its past influence on the oil market and price of oil, U.S. shale producers, which are the future of the industry, are quietly but rapidly adding more oil rigs and completing wells; presumably in anticipation of taking market share from OPEC producers silly enough to cut oil supply.

The initial response to the proposed deal has already revealed the impact it'll have on the price of oil, which is for it to find support at about $50 per barrel, and probably move in a range of between $50 to $52 a barrel. That will only last for a short time until U.S. shale supply quickly fills in the temporary shortfall.

For that reason even if a deal is announced, I don't believe for one moment it'll be adhered to or be able to be confirmed in any way. As in the past, it'll be based upon the honor system. The honor system has proven to be broken, as OPEC producers do what's best for them over the years, and that isn't going to change now that a third major competitor has arrived on the scene that has shattered the old oil business model.

In a nod toward confidence in their ability to generate profits in a low-price oil environment, U.S. shale producers increased the number of oil rigs by 19 to 471, the biggest increase in 5 months. They aren't doing this because OPEC is alleging it'll cut production, they're doing it because they've removed a lot of costs out of the production process, while increasing productivity by so much, many are able to generate a profit with their newly completed wells with oil in the mid to upper $40s.

To shale producers, OPEC is increasingly irrelevant. Sure, if the cartel does cut production and provide some temporary support for the price of oil, they'll enjoy the benefits of a short-term price hike, but they aren't boosting oil rigs and completing wells for that reason. Algeria has confirmed my suspicions that if there is a cut, it'll be for a very short time; primarily aligning with the cooler weather when domestic demand drops for OPEC members in the Middle East.

That means if there are any cuts, most of it will reflect a decline in domestic demand; not having much impact on exports, which is where OPEC members make their money. That's why a six-month period was mentioned by Algeria. It would limit the downside for OPEC producers located in the Middle East, while giving the impression it'll have a significant impact on global supply.

There may be a little impact, but we'll see what happens once warmer weather comes to the Middle East and domestic demand climbs once again.

Why does the media obsess so much about OPEC? It hasn't received the memo yet that it has lost its former power.

It's interesting to note in that regard that not that long ago, Saudi Arabia said numerous times it had no idea how it was going to deal with U.S. shale producers, because they could quickly fill in the void left by any real production cut or freeze coming from OPEC.

The idea that something has changed in the market is ludicrous. Shale production is already turning around and increasing after OPEC did its best to slow down the industry by maintain high levels of supply. It has nothing left to do after giving it the best shot it could.

So why is it now talking about a production cut as if it has any effect on the price of oil. As I've mentioned several times in recent articles, it's because there is this tiny window where U.S. shale production is recovering but is still below past levels. For a brief period of time, OPEC still has a real, but limited effect on the price of oil by using tactics that worked in the past when there was no significant shale industry.

The entire story of the emergence of shale is, first, it's represented by companies that aren't nationalized, and second, it is providing a level of supply to the market that OPEC and others never had to deal with before. There was no one to step into the gap and boost supply if OPEC took steps to lower output in order to support the price of oil. That is the disruption of the oil sector.

My thought is there is political pressure coming from some nations that isn't apparent to the media or known to investors; I mean beyond the high-cost producers like Venezuela, which much of OPEC doesn't care about. If that's not it, it's puzzling as to the motivation of OPEC, and the newly-found support coming from Saudi Arabia, which knows it's futile to employ this strategy.

From the standpoint of the media and OPEC, I think what's happening is the extreme coverage is helping to provide a smokescreen for the increase in rigs, completed wells and oil supply coming from U.S. shale producers. If OPEC was really serious about temporarily supporting the price of oil, it would have already put a production cut into effect. Since it waited until domestic demand dropped, it showed most of this is all theater being employed to verbally affect the price of oil without having to do much in the way of cutting production.

Further confirmation that this will be a show cut is the fact Russia has repeatedly said it has no interest in cutting production but would agree to a freeze. That's disingenuous because Russia is now producing over 11 million barrels per day, a post-Soviet record. All a freeze in production would do would be to lock in the upper end of Russia's capability to produce oil for a few months. It won't make any difference to its performance over the next half year or so, which makes it extremely easy for it to give the appearance of cooperation and concern, when in fact it would be giving up nothing.

Russia is going to continue producing at its current level. Even if it agrees to a freeze, it has continued to produce at whatever levels it's wanted to in the past, although where it is now is probably close enough to the top that cheating wouldn't have much effect on the market one way or another.

For these reasons, Russia is irrelevant to a production cut or freeze one way or another. It's only being included in the conversation to give the appearance of international cooperation and that OPEC isn't going it alone. By going it alone I mean the risk OPEC will incur if it does reach a production agreement and U.S. shale producers once again crash its party.

Media coverage of OPEC does generate interest and eyeballs, so it'll continue. Investors need to understand that OPEC is done as an influence on the price of oil, even though this next few months it may manage to support oil at about $50 per barrel or a little higher. It'll be the last time it's able to do so, assuming a deal is agreed to, and it doesn't fall apart under pressure of rising output from shale producers.

My thought is U.S. shale producers couldn't be happier than if OPEC does make the mistake of cutting output. It will give them a better price for their oil at the same time they're ramping up production. They'll make a lot more money than they would have without the cut, while enjoying the extra cash flow which will be further applied to completing wells and increasing supply.

OPEC is obviously attempting to accelerate the rebalancing of the market without giving up too much in the process. The consensus is if there is a meaningful cut, it would result in the market being balanced in the first half of 2017, rather than the second half, which most think will happen with or without a cut from OPEC.

The cartel needs more money at the national level, as they are all under pressure from loss of revenue after continuing to produce at high levels in order to slow down the growth of the U.S. shale industry. There is little more it can do without undermining their own economies, which is why shale producers don't have to match the low-cost production associated with some OPEC members, because they don't have to carry an entire country on their backs, as members of OPEC do.

Taking it all into consideration, this isn't OPEC once again flexing its muscles, it's the move of a desperate organization that is quickly losing its influence and power, while a new power rises up to take its place. It's far more important that U.S. shale producers are increasing production than OPEC is possibly cutting it.

Gary Bourgeault
12.71K Followers
I am a former investment advisor and owner of several businesses. These days I invest only for myself while continuing to write on a variety of financial and economic topics.