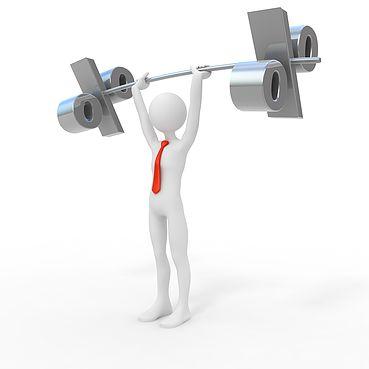 You might be able to easily understand any reluctance that the FOMC has had in the past year or maybe even in the year ahead to raise interest rates.

To understand why those decision makers could be scarred, all you have to do is glance back to nearly a year ago.

The data compelled them to do so, as the FOMC has professed to be data driven.

Presumably, they did more than just look in the rear view mirror, casting forward projections and interpreting what are sometimes conflicting pieces of the puzzle.

At the time, the conventional wisdom, no doubt guided somewhat by the FOMC's own suggestions, was that the small increase was going to be the first and that we were likely to see a series of such increases in 2016.

Funny thing about that, though.

Data is not the same as a crystal ball. Data is backward looking and trends can stop on a dime, or if I were to factor in the future value of money based upon the increase in the 10 Year Treasury note ever since Election Day, considerably more than a dime.

With the gift of hindsight, 2016 didn't work out quite the way we all thought it might, but here we are, nearly a year later and with interest rates right where they were when they were last raised and the near certainty that they will be raised once again in just a few weeks.

Looking at the chart above and recalling the subsequent nose dive that the stock market took in the aftermath of the FOMC decision, you can begin to understand why there might be a sense of "once burned," even as the FOMC should not include the stock market's health in its own mandate.

But while there may still be a sense of doubt by those spending every waking moment in a darkened study pouring over economic data, when not participating in a speaking engagement, a quick look outside the window would have shown that the FOMC's work was being done for it.

Just look at the nearly 28% increase in the interest rate on that 10 Year Treasury Note since its close on Election Day. That had to be music to the ears of even the doves on the FOMC, regardless of their political inclinations.

"The dog did it" is always a convenient excuse, but the resurgence of the consumer is now taking a dog of an economy and translating into the kind of economic growth that even a backward looking FOMC can embrace as being the handwriting on the wall.

While specialty retailers may not be feeling the glow, the larger national retailers are reporting good top and bottom lines and, more importantly, see a better near term future.

The consumer may be doing more heavy lifting at the check out line and energy prices remain low as more people are going to work and getting better wages to do so.

So while those natural forces have already driven up interest rates making it so easy for the FOMC to do so for only the first time in 2017, a small piece of me believes that the FOMC doesn't want anyone to do its heavy lifting, but they may appreciate a little bit of a hand.

Especially, if they are of the mind to continue to present themselves as relevant in the face of an unexpected presidential election.

That leaves me wondering whether the FOMC may still have a surprise in store for all of us and come in with a pre-emptory 0.50% interest rate hike instead of what we have been expecting.

Too much good news and too large of an increase in interest rates secondary to market forces may awaken those with memories of inflation past and the role of interest rates as a brake.

I don't expect that to be the case, but when has predictability of the economy or the FOMC ever been assured?

Tradition would have you believe that the FOMC would not do such a thing before the start of a new administration, even as they are supposed to be blind as to the political scene, but there is not likely to be too much love lost after the moving trucks pull into the White House.

As usual, the week's potential stock selections are classified as being in the Traditional, Double Dip Dividend, Momentum or "PEE" categories.

I don't expect to be doing too much trading in this coming week, but that has been pretty much my story for 2016, anyway.

The Thanksgiving holiday shortened week makes already low volatility induced option premiums even lower and we may be in a holding pattern until December's FOMC meeting.

While there's always concern about exaggerated market moves during periods of low trading volume, such as the coming week is expected to be, the possibility of a holding pattern can be a covered option writer's best friend.

Most best guesses would be that under a Trump Administration there could be a more wide embrace of such mergers and buyouts, but as I have long believed, there isn't too much downside in the event the deal comes apart.

What I do see is that there is a nice dividend coming up as 2016 comes to its end. However, I would likely try to take this on a week by week basis, also being mindful of the FOMC and its potential impact on markets.

Even with some adverse market news, I think that Dow Chemical's downside is restrained and it may offer an attractive serial rollover opportunity allowing premiums and return to accumulate.

In an era of electronic gaming, no one really rolls the dice anymore, but if you like rolling the dice, GameStop (GME) reports earnings this week. It has been everyone's favorite short position for years and has been the least favorite of many as it has consistently refused to fade away.

The fact that the short sellers have also been on the line for a very generous dividend hasn't helped to endear the company to them, although there is no doubt that if you had timed this stock properly, there have also been many short term shorting opportunities over the years.

The options market is implying only a 7.1% move this week, which is relatively small by past standards and GameStop has certainly shown that it can surprise stock investors and option speculators on both sides of the proposition.

I generally consider the sale of puts at a strike price that is outside of the range implied by the options market, if it can deliver a 1% ROI for the week.

It looks as if GameStop will be able to meet my criteria, but my concern in doing so is that its shares are right near an almost 4 year low and the trend in the past year hasn't been very good.

As a specialty retailer, I don't know if GameStop will follow the pattern of some others having recently reported earnings, but if it does, those lows are in danger of being wiped out.

For that reason, I would likely wait until after earnings are announced and would consider the purchase of shares and sale of calls if shares do anything other than moving sharply higher.

I would also want to hear some words that soothe fears regarding the dividend.

Finally, while broken records can really be annoying for those who actually remember what a record is, I'm going to look at 2016 fondly for the Marathon Oil (MRO) broken record it has given me.

With the expiration of short puts and the assignment of long calls, my self-imposed rule of never having more than 3 lots of any position is no longer a hindrance in considering a new Marathon Oil position this week.

With those two closed positions this past week, 2016 has now seen 11 Marathon Oil lots closed and it remains in a price range that I find appealing.

It is, however, at the top of that range, so I don't expect to run head first into ownership of either shares or the sale of puts, but would absolutely consider doing so on the first downdraft in shares that again brings it near the $15 level.

Marathon Oil in 2016 has been the poster child for serial buy/writes or short put sales and then rollovers of those short option positions, sometimes even when in the money.

Of course, just like all trends, there can be a departure at any time, just as was the case for Morgan Stanley (MS), whose final lot of shares was assigned from me this past week, as it was my serial darling of 2015, until it wasn't.

Remember, these are just guidelines for the coming week. The above selections may become actionable - most often coupling a share purchase with call option sales or the sale of covered put contracts - in adjustment to and consideration of market movements. The overriding objective is to create a healthy income stream for the week, with reduction of trading risk.

Disclosure: I am/we are long DOW, GME, MRO. I wrote this article myself, and it expresses my own opinions. I am not receiving compensation for it (other than from Seeking Alpha). I have no business relationship with any company whose stock is mentioned in this article.

Additional disclosure: I may buy/add shares or sell puts in DOW, GME and MRO