What does our low inflation environment mean for investors? 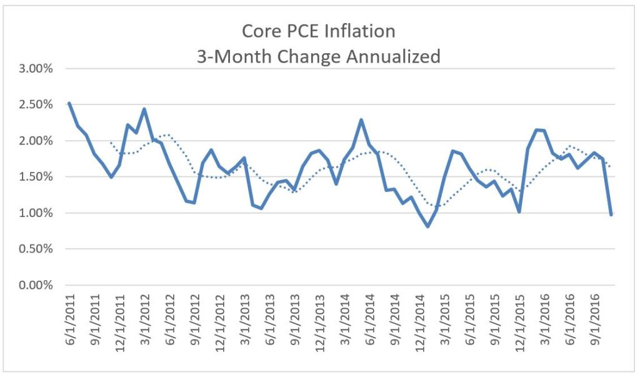 Inflation is an average. Prices in some areas are growing quickly, while others fall. That’s the way it has to be in a broadly diversified economy. The broadest measure of inflation - the personal consumption deflator - measures everything that consumers buy, and weights it by how much, then spend on those items. It measures substitution effects. So if the cost of cotton shirts doubles and everyone switches to synthetics, inflation wouldn’t change.

By contrast, the consumer price index measures the prices for a basket of goods - 40 thousand different items. That’s why I’m a little skeptical of folks who say that our low inflation numbers are wrong or manipulated. It would take a lot of skill to adjust that many inputs without everyone knowing about it. And outside analysis, like MIT’s Billion Prices Project, confirms the government’s data.

So if inflation is going to be low and stable for a while, how can investors adapt their portfolios and their expectations?

First, understand that bonds are a source of stability for a portfolio. For over three decades, we’ve been in an era of falling interest rates. For two decades prior to that, interest rates were rising. So during the past fifty years, bonds were either a drag on total return or a boost to performance. Now, they’re a source of stability. If investors will need periodic cash flows, bonds are a safe place to get this. Just don’t look for bonds to help your returns very much.

Next, focus on industries that are used to dealing with deflation. Deflation is a difficult business environment. Credit is hard to come by. If you build a factory, your products just get cheaper and cheaper. But there are some areas of the economy where deflation is a constant reality. Technology is one of them. Computing power has been affected by Moore’s Law for decades - where the number of transistors in an integrated circuit doubles every two years. This observation has led to more powerful computers at cheaper prices. Food companies also have had to deal with steadily lower prices over time.

Finally, watch out for complacency. Many business plans depend on rising prices and growing markets. Autos are an example. These industries could be disrupted by radical innovation, like self-driving ride services - a driverless Uber (UBER) - or by radical cost-cutting, as Tata Motors (TTM) did to come up with its $1,500 car. If a company or an industry relies on a stable business environment, it’s vulnerable. 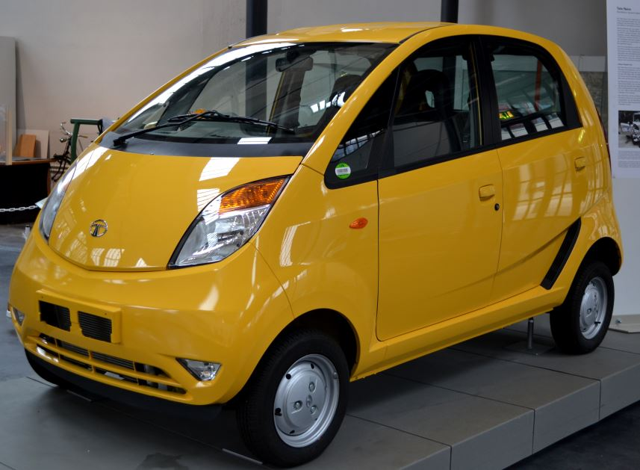 Stability breeds instability. Steady prices can lull firms into ramping up borrowings in search of higher returns. But if something new comes along, those loans can become a millstone around the company’s neck dragging them - and their lenders - down. Just because prices are stable doesn’t mean life will be boring.

Douglas Tengdin, CFA
299 Followers
Douglas Tengdin, CFA is a portfolio manager and investment analyst living in Hanover, NH. He has worked in the investment industry since 1974, when started as a mail-boy for a regional municipal underwriter in Minneapolis, Minnesota. He has managed portfolios in Boston; Providence, Burlington, VT; and Tunis, Tunisia. He is currently the Chief Investment Officer for Charter Trust Company, a New Hampshire-based Wealth Management firm with over $1.6 billion in assets. His daily blog has been published since 2007. He has several radio shows around New Hampshire, and his daily thoughts are published on his web-site. He received his CFA Charter in 1992, and is an active volunteer with the CFA Institute. He was the founding President of the Vermont CFA Society.
Follow