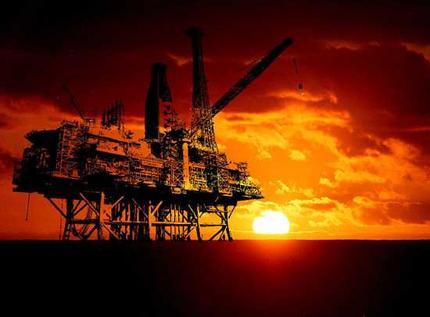 The announcement that ConocoPhillips (NYSE:COP) has discovered as much as 300 million barrels of oil off the coast of Alaska, one which could generate as much as 100,000 barrels per day when it's fully operational, further solidifies the future reserves of the company. Combined with Conoco meeting its lower-cost objectives, it positions the company for a solid performance in the near and long term.

This follows up on the company's discovery of the oil early in 2016 after drilling a couple of exploration wells. Conoco kept its discovery quiet, waiting until the December state and federal lease sales when it added another 594,900 acres in leases, which are located on the western North Slope of Alaska. Obviously, this means it believes there is a lot more oil to be found.

With its partner in the venture, Anadarko Petroleum Corp. (APC), the company will engage in further exploration in the region. ConocoPhillips owns 78 percent of the venture and Anadarko the remaining 22 percent.

Work to reinforce the first findings will continue in January, where 3D seismic evaluations for the project will begin. Being called the Willow discovery, it could take from 5-6 years to bring to full development. If the findings are confirmed or even improved upon, expectations are it'll bring about 100,000 barrels per day in output.

After the January tests, there should be a clearer picture as to what it may cost to develop the project and a more specific time frame to expect.

If the reserves are confirmed, it will end up being a multi-billion dollar project that should be completed at a time when the price of oil is sustainably higher than it is today.

Conoco said it thinks it can start producing meaningful quantities of oil from the region by 2023. The company added that the location of the field makes it economically attractive. That was a reference to the Alpine Central Facility, which is about 28 million east of where the original exploration wells were drilled.

Combined with the low-cost measures it has completed recently, this positions Conoco for a strong performance for many years into the future.

One thing I've really liked about ConocoPhillips' strategy is that the company is acting like it's a smaller shale producer rather than the $62 billion giant it is. Conoco has reached its goal of slashing the cost of producing oil to below $50 per barrel. Before that, the company had relied on the price of oil surpassing $75 per barrel to maintain its operations.

This example is one of the reasons I'm very bullish on the oil sector in the long term, albeit more bearish in the short term. The good companies like ConocoPhillips have significantly lowered costs and improved their balance sheets, even as the price of oil appears to have found a bottom. Even if there is another tumble in the price, ConocoPhillips can endure it for a longer period of time than it could have not too long ago.

The timing of this couldn't be better for the company. With the cost-cutting measure primarily behind it now, Conoco can focus on boosting its value for shareholders.

Part of its stated long-term strategy is to be disciplined in its spending on production, while at the same time boosting free cash flow to reduce debt and increase its dividend. Its successful implementation of cost cuts will allow the company to achieve these goals as long as it remains disciplined operationally.

Another big factor is Conoco's decision to sell non-core natural gas assets over the next couple of years, which will not only further strengthen its already-healthy balance sheet, but also allow it to buy back as much as $3 billion in stock.

While I'm not as optimistic in the short-term sustainability of the price of oil or some of the projections of where it'll reach in 2017, I still see ConocoPhillips as a no-brainer to take a position in or add to current positions for those with a long-term investing horizon. Even in the short term it should do fairly well, but in the first half I see the oil market being volatile, which could cause a lot of movement in the share price of the company as well as that of most others with exposure to oil.

The story keeps getting better for ConocoPhillips, and the addition of as much as 300 million barrels of oil to its reserves, the divestiture of some of its non-core assets, its now low-cost production structure, and the inevitable rebalancing of the market and sustainable rise of the price of oil over time make this company one that should be seriously considered for those seeking exposure to oil.

There may be other shale producers that outperform it in the near term - specifically those that have lowered their costs even lower than ConocoPhillips', but for those looking for consistency and growth along with income, this company provides all of that.

One of the weaknesses further out for shale producers is the uncertainty surrounding the longevity of their reserves. They have improved their methodology to expand the lifespan of their wells, but it's still not to the level non-shale producers enjoy.

Since ConocoPhillips also has exposure outside of shale and can do it at a competitive cost, over the long term I see it as being one of the stronger performers in the oil sector.