The decline of seasonally adjusted sales of new single-family homes in December 2016 is now reflected in this week's lower BCI reading. 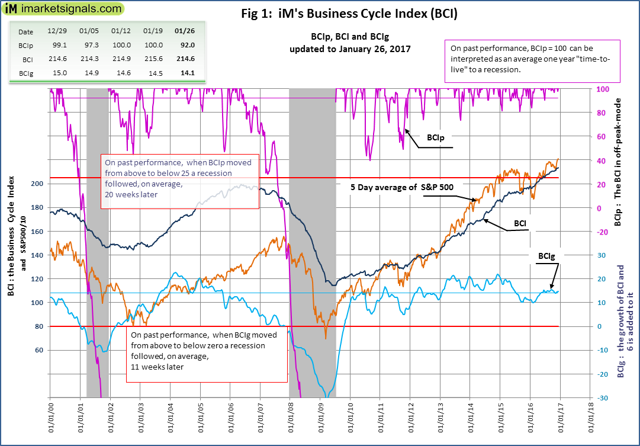 The BCI was designed for a timely signal before the beginning of a recession and could be used as a sell signal for ETFs that track the markets, like NYSEARCA:SPY, NYSEARCA:IWV, NYSEARCA:VTI, etc., and switch into Treasury bond ETFs, like NASDAQ:IEF, NYSEARCA:TIP, NASDAQ:BND, etc. (see our article). 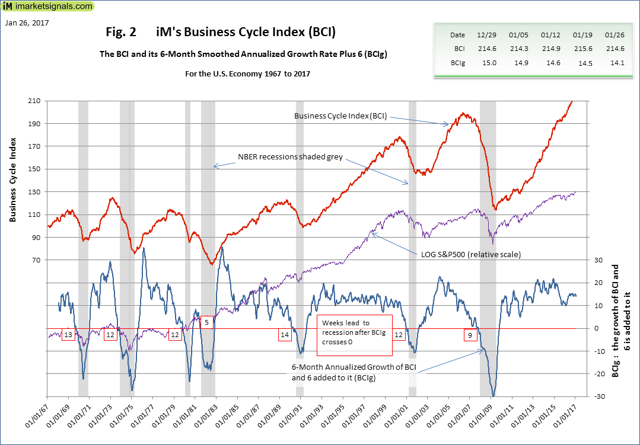 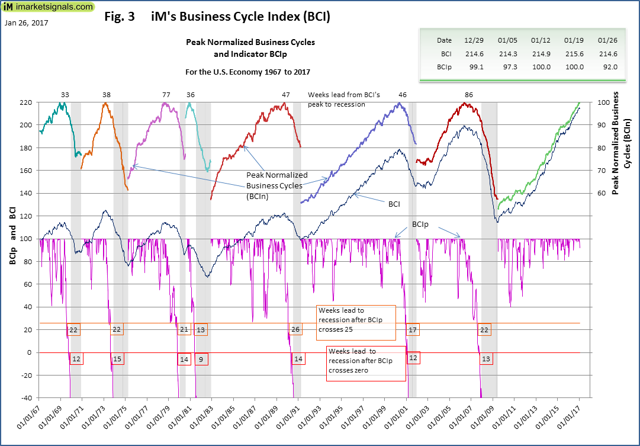