One of the articles that returns every quarter is the article about Boeing's (NYSE: NYSE:BA) ability to increase profitability on the Boeing 787 program. Over time, this article has become more forward looking, making it harder for people who are new to the subject to understand all of it. 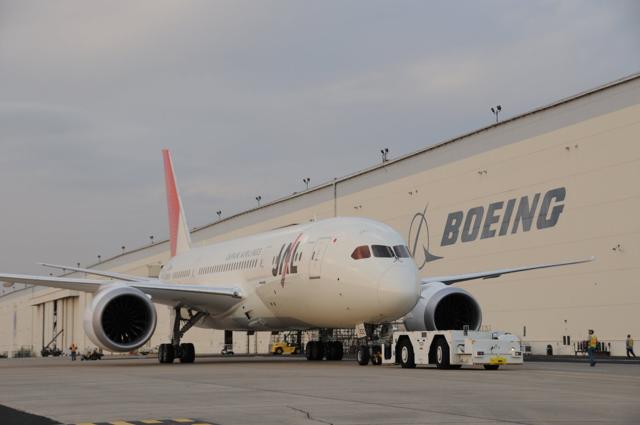 Therefore, after feedback from a Seeking Alpha editor, I have decided to split the returning analysis into two versions: A basic report that explains the importance and progress to new readers and a more advanced version that is more suitable for people already familiar with the subject. By doing so, I hope to better assist people who are new to the subject as well as people who know the subject inside out. Since Boeing releases figures each quarter and its cash performance is tied execution on the Dreamliner program a report will be published each quarter.

The basic report for Q4 2016 can be found here. In this more forward looking article I will look at how Boeing's deferred balance might develop in the coming quarter.

The Boeing 787 is the airplane that Boeing launched after oil prices increased and the airline industry was coping with a crisis that followed the 9/11 attacks. Competitor Airbus (OTCPK:EADSF) (TCPK:EADSY) bet on the hub-spoke network with airport congestion as its main focus and launched the Airbus A380.

Boeing bet on the point-to-point network that required smaller aircraft such as the Boeing 787. The jet maker aimed to cut costs by 20% compared to the Boeing 767. The aircraft was revolutionary in almost every sense, and to date the jet maker has grossed 1,200 orders for its Dreamliner.

The airframe does meet its promises on fuel burn, but delays in the development have significantly increased development costs. In fact, development costs are so high they are widely considered sunk costs that will never be recovered. A production model, where Boeing transfers risks to its supply chain, has backfired as core elements in the supply chain coped with an inability to scale up production or deliver products from the desired quality standard.

This led to Boeing building up deferred costs at a much faster pace and much higher than it had ever anticipated and teething problems after service entry did not make things better for the Dreamliner program.

Before Boeing even delivered a single airframe, it had built up roughly $10B in deferred costs. 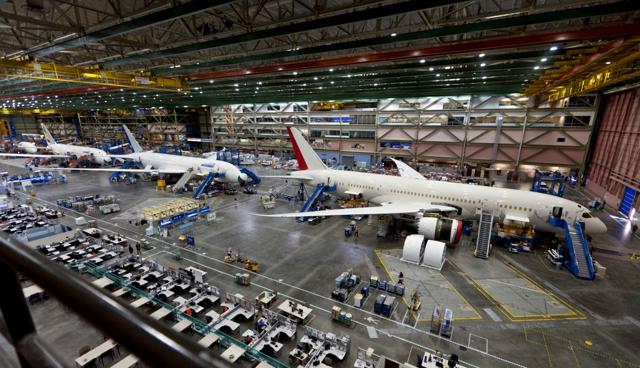 Boeing says that the units in the accounting block are units of which it can credibly estimate costs and revenues, but should not be considered an indication for a break-even point. Analysts, however, tend to use this accounting quantity as a sort of break-even aim. The reason being, that it is likely Boeing needs to take a charge if it has not zeroed out the deferred costs by the 1,300th delivery (the number of units in the accounting quantity).

Simultaneously, one should be aware of the fact that if Boeing zeroes out its deferred balance by the 1,300th delivery, it will actually have made the profits that it estimated for the accounting block and that the profits it has been reporting for the program were valid after all.

Deferred balance for the Boeing 787

Per Boeing's data, the deferred balance for the Dreamliner program topped at $28.65B in Q1 2016 and our data shows that this happened at the 393rd delivery. On average, each delivery was roughly $73 million less profitable than the average assumed profit for the accounting block.

In the second quarter, Boeing removed two test aircraft from the accounting block and reclassified them as R&D costs. As a result, the deferred balance dropped by roughly $1B. In an e-mail exchange with Boeing spokesman Doug Alder, I understood that the removal of the test aircraft from the accounting block led to the underlying assumed average profit per airframe to go up slightly.

The removal of the test aircraft, which are considered unsuitable for placement with customers, is a welcome de-risk. However, in order to get an accurate view of actual progress in zeroing out the deferred costs, which is the obvious target for Boeing here, it is needed to correct for the removal of the test aircraft from the accounting quantity.

In Table 1 you see what I expected Boeing to report and what Boeing reported.

What can be seen is that Boeing's progress in zeroing out the deferred balance has been significantly better than I did expect before.

Since my last article about the deferred balance in early January, I have completely rebuilt the model, which will serve as a base for future changes. Table 1 shows the results of the iterative model (quarterly updated), a high risk model (High Risk Model) and the Basis model.

The top of the deferred balance was $14 million lower than I expected, followed by a significant gap of $40 million in the subsequent quarter. In a previous article, I estimated the balance to drop to $27.35B in Q4. Boeing actually managed to razor off an additional $42 million or $1.35 million per aircraft.

For Q1 2017, the iterative model shows a deferred balance of $26.92B, while it also has been able to backtrack the Q4 and Q3 performance more precisely. The base model shows $27.02B.

While the basis model does not quite capture the data points as accurately as the new model, I do think it is pretty accurate over the long run and slight modifications to the base model will result in the best prediction of deferred balance at the 1,300 th delivery.

The High Risk Model is a more accurate model compared to the base model when it comes to fitting the data overall, but it assumes a significant pricing pressure on the Boeing 787-9. In this high-risk case, Boeing would end up with roughly $7B plus unamortized tooling costs at the 1,300th delivery.

The High Risk Model is a better fit, but also takes into account higher risk of pricing pressure. For now, I am assuming that the iterated basis model and the basis model give a more precise estimate over the long run.

Each quarter, I will make slight changes to the respective models until one no longer can be made fitting.

Although there still seems need for a charge or accounting block extension, Boeing has been ramping up profits at a significantly faster pace than I expected. Not only does this make the case for a block extension more realistic, it also means that its cash performance will improve faster than I initially anticipated.

A high-risk scenario shows that the maximum deferred balance would be $7B at the 1,300th delivery, while the iterative basis model suggests roughly $2.0B.