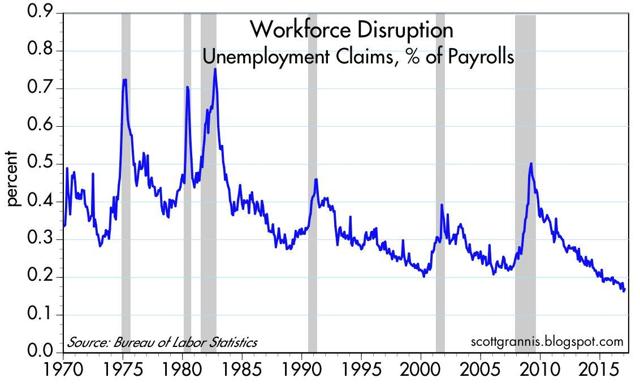 As the chart above shows, the hallmark of the onset of every modern recession has been a precipitous rise in new unemployment claims, each time from a relatively low level. Unemployment claims as a percent of the number of people working have now reached a new all-time low: Only 0.17% of the workforce was laid off last week. Is another recession in the cards? Not necessarily. This statistic has been plumbing new lows for decades, and there is no a priori reason this cannot continue or merely stabilize at current or slightly lower levels.

But there is another cause for concern that is not much talked about. If, for example, Trump and the Republican Congress manage to push through a decent, supply-side tax reform package (e.g., one that at the very least lowers marginal rates for businesses and consumers in exchange for limits on and/or the elimination of many deductions, plus fewer subsidies), where will an expanding economy find more workers? There are precious few to be found among the ranks of those receiving unemployment benefits - fewer than ever before.

Meanwhile, the population is growing rather slowly - about 0.8% this year, according to the Census Bureau - and the number of people of working age is growing even more slowly - about 0.6% this year (equivalent to 1.5 million new eligible workers), according to projections by the OECD. At its current sluggish growth pace - about 2% per year - the US economy is on track to add about 2.2 million new jobs this year. Based on just these numbers, it doesn't look like we have enough workers to run a bigger, faster-growing economy.

Don't be surprised if Keynesian economists (which includes many at the Fed) look at these numbers and start worrying about how "tight" the US labor market is, and how faster growth could quickly generate upward wage pressures as businesses compete for scarce workers, and how that in turn could spark higher inflation.

Their natural inclination will be to call for higher interest rates to keep the economy from overheating. It could be like deja vu all over again: Overheating was a phrase we heard quite often in the late 1990s, when the Fed was boosting rates even as inflation was falling. Back then the economy was growing at a heady 4-5% rate and stocks were soaring in the expectation that the good times would continue to roll. 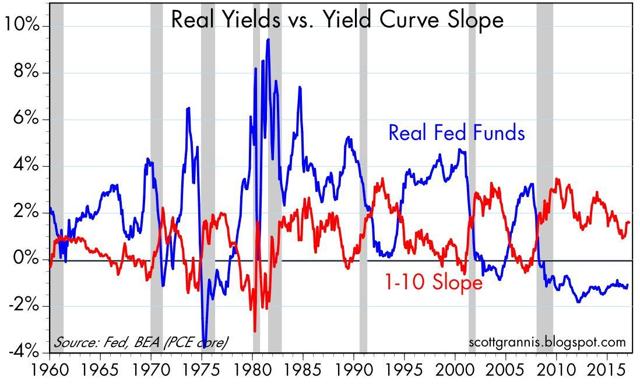 However, I don't want to suggest here that we are going to find ourselves in another 2000-style bubble economy, because there are some very important differences between then and now. Back then real interest rates on TIPS were 4%, P/E ratios were on the moon, and commodity prices were collapsing. Today, real interest rates on TIPS are less than 0.5%, P/E ratios are only moderately above their long-term average, and commodity prices are rising.

Back then the Fed was tightening aggressively, having pushed the real Fed funds rate over 4%, and the Treasury yield curve was flat to inverted - both classic signs of very tight money (see chart above). Today the real Fed funds rate is negative and the yield curve is positively sloped - both signs that money is definitely not tight, nor even close. Monetary conditions today are consistent with an economy that is enjoying a prolonged expansion.

So what is going to happen? How can the economy grow much faster if there aren't enough workers? 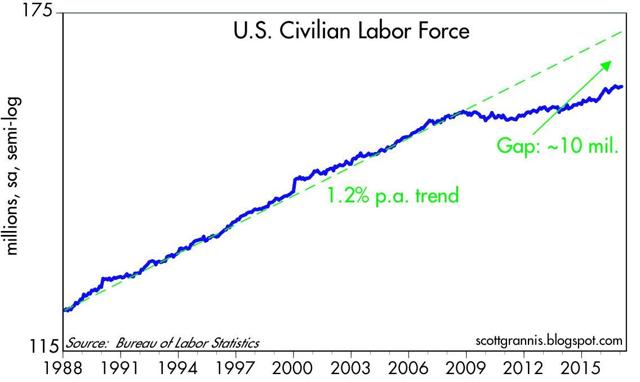 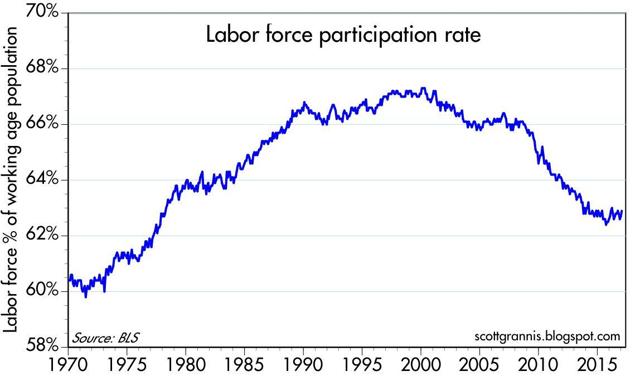 One way to thread this needle is to tap the huge number of workers - as many as 10 million, as the charts above suggest - who have left the workforce. Lower corporate income tax rates and reduced regulatory burdens would create new incentives for businesses to expand, and cutting marginal income tax rates would create new incentives for people to rejoin the labor force, by offering them more wage bang for their work buck. Let people keep more of what they make and they will likely be more willing to work more, or go back to work.

A dose of supply-side stimulus, in other words, should result in more jobs and more workers willing to fill those jobs. It needn't result in higher inflation. 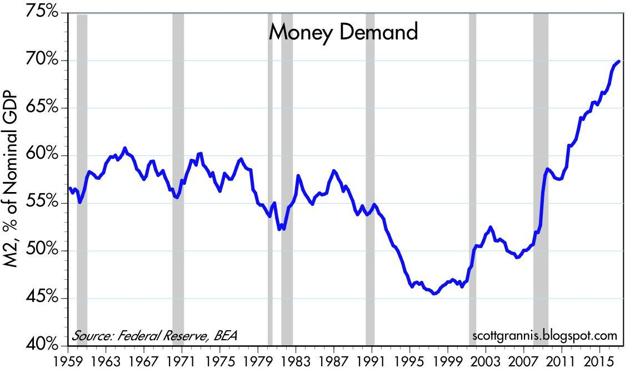 If inflation becomes a problem in the years to come, it won't be because the economy is growing at a faster pace. It will be because a faster-growing economy goes hand in hand with increasing confidence, and increasing confidence will likely reduce the public's demand to hold the huge cash reserves that have been stockpiled in recent years (see chart above), and it will be because the Fed fails to take the steps necessary to offset declining money demand by shrinking the supply of excess reserves and/or raising interest rates by enough to maintain the banks' willingness to hold those excess reserves.