Over the last few months, the oil market has remained fixated on global oil supply. There have been several debates on OPEC vs Shale and the duration of OPEC production cuts.

However, global oil demand continues to receive very little attention despite it being the other half of global oil balances. Despite stable global GDP growth, we have seen oil demand growth flatlined as the world economy becomes less oil intensive due to efficiency improvements and pollution concerns in the developing world. 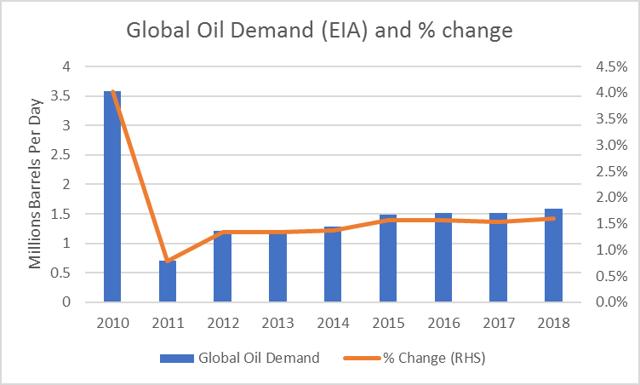 The dollar index touched a 14 year high recently and is still trading near those levels despite the recent drop. The strong dollar is putting significant pressure on retail prices paid by the consumer especially in the developing economies. We have looked at gasoline and diesel prices for 15 countries that contribute to around 50% of global oil demand. In the last 6 months, most of these countries have faced a significant increase in gasoline and diesel prices. 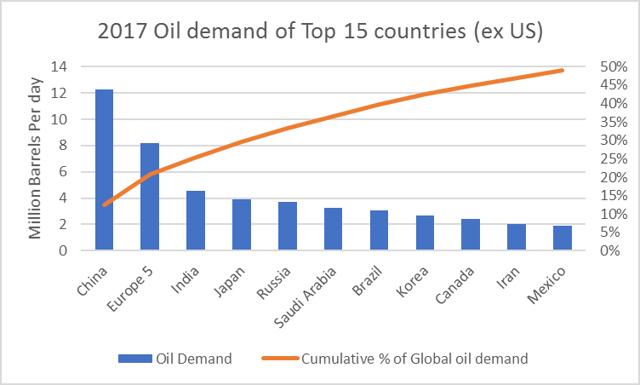 Amongst the 15 countries that contribute to 50% of oil demand, the website globalpetrolprices.com track gasoline and diesel prices for all these countries apart from Saudi Arabia and Iran. 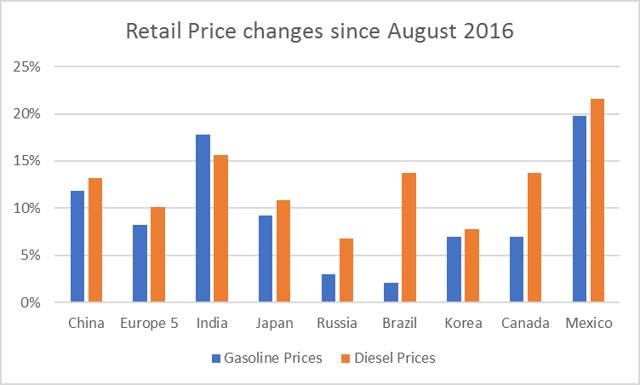 For the above 13 countries, on average they have seen retail gasoline and diesel prices jump by 10% and 13% respectively. For the USA, which has no currency impact the % price gain was 7% and 9% respectively. It's not just currency movements and oil price increases that are behind this increase in retail prices. 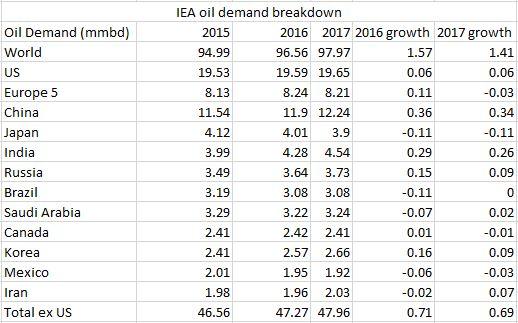 Countries like India have phased out fuel subsidies in gasoline and diesel during the low oil prices in 2015-16 and their prices now reflect the true market prices. Thus, IEA has reduced oil demand growth for India in 2017 but we think that is still too optimistic and is vulnerable to lower demand growth. In addition, the effect of currency demonetization which took place in late 2016 is most likely to lower Indian oil demand this year. It is still very early days to assess the true impact of removing 86% of currency notes in circulation. However, it will most likely make a big dent in Indian oil demand as several businesses had reduced operations during the transition between the new and old currency notes.

In other countries like China, pollution concerns have substantially increased. Though the electric car market share in China is still very small, it will continue to eat into oil demand. India and China contributed to 41% of 2016 oil demand growth and IEA is expecting their market share to increase to 42% of global oil demand growth. We find IEA's forecasts very optimistic and we expect demand growth on the lower end for both countries.

Countries like Japan and the 5 biggest European countries, Mexico and Canada are expected to have negative demand growth in 2017. The recent increase in retail prices can cause further negative growth in 2017.

Russia showed a modest growth in 2016 and is expected to grow in 2017 as well. However, the country continues to get affected by the ongoing recession due to the low oil prices which can lead to negative oil demand growth. Similarly, in Brazil and Mexico, the 2017 demand growth is already expected to be negative but the double digit % growth in prices in the last 6 months can steepen this drop.

We realize gasoline and Diesel demand can be fairly price inelastic as it's a necessity for most people. However, since we didn't see the surge in oil demand in 2015 and 2016 due to low oil prices, any increases in end user prices is likely to lower oil demand than current oil demand projections.

The strong dollar will significantly impact oil demand and the current consensus for oil demand growth is still too high. We expect oil demand to grow by 1mmbd instead of the expected 1.4mmbd by the IEA. Countries like India and China won't match the 2016 expectations due to higher retail prices, currency demonetization and pollution concerns. The reduced oil demand will make life harder for OPEC and delay the global oil rebalancing process and reduce the inventory overhang at a slower pace.

OILytics
74 Followers
OILytics provides a free newsletter on the oil markets. We are an independent research consultancy focused on fundamental analysis covering the global oil markets. OILytics was previously known as Oil Unhedged and wrote 7 articles for Seeking Alpha.