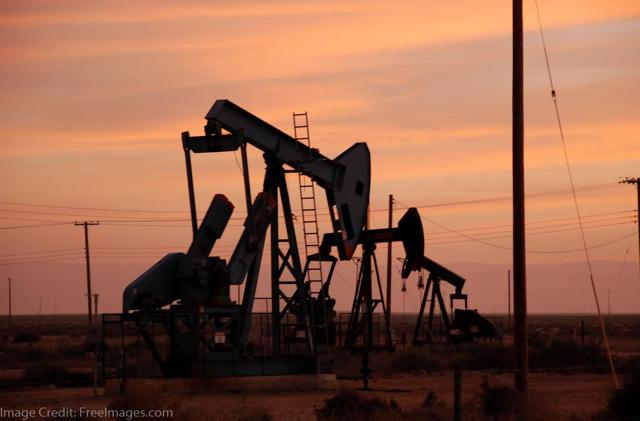 If competitors didn't have enough to worry about concerning U.S. shale, another technological breakthrough has the potential to slash another 10 percent off of production costs for shale companies, further enhancing their ability to boost supply and generate a profit under most oil price points.

To get an idea of the potential range of costs, shale wells are developed from $4 million to $8 million, depending on a variety of elements involved. Biota's take from those using the technology is under 1 percent, said Ajay Kshatriya, CEO and co-founder of Biota Technology.

Peter Lascelles, a geologist for EP Energy Corp., which was one of Biota's first customers, said DNA testing is superior to seismic and chemical analysis in understanding well performance and their potential.

What DNA testing is and does

The outcome of using DNA testing is it allows drillers to avoid mistakes which could limit the maximum output potential of a given well. It helps to more accurately measure the amount of pressure needed to reach shale oil, as well as allows drillers to know beforehand the distance needed between wells to generate the best results, among other improvements.

"The technique involves testing DNA extracts from microbes found in rock samples and comparing them to DNA extracted from oil. Similarities or differences can pinpoint areas with the biggest potential," according to Reuters.

Not only does this help companies engage in less costly production methods because of less accurate knowledge, but it also helps improve productivity by cutting the time it takes for a company to start pumping oil.

Being skeptical of yet another assertion of technology that can improve costs, EP Energy made Biota participate in a blind test to see how effective the technique was. It asked the company to make a determination on the origination of a specific oil sample from numerous wells in a targeted zone.

Lascelles said the company in fact did pinpoint the wells the oil sample came from and was as a result able to recommend ways it could improve drilling in the area.

At under 1 percent of costs to bring wells into production, it's easy to see why this is a very desirable technology to include in the output process. 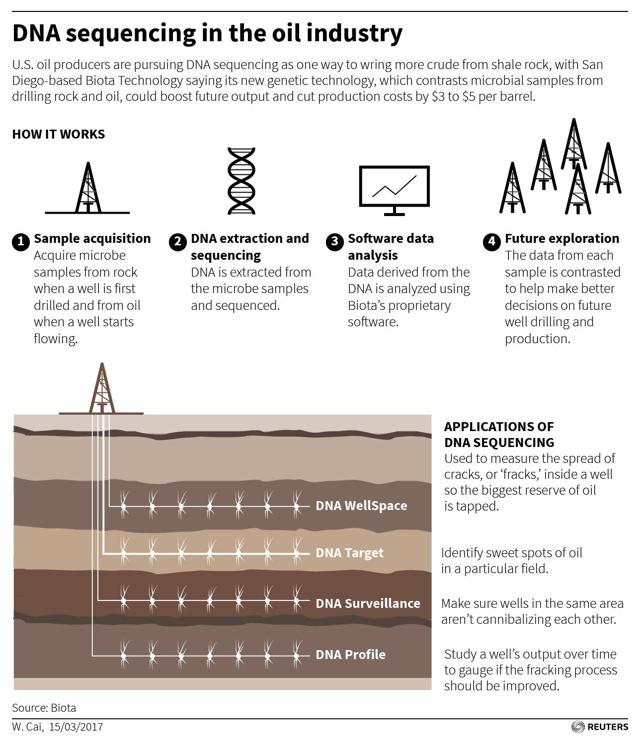 Earlier in March, Bloomberg published an article where concern was aired over the lower costs of shale oil bringing more supply to the market, which would drive down the price of oil. In my view this is misguided and the result of not understanding how business works.

It would be no different than Wal-Mart at the height of its power being considered a weak investment because its low prices and margins generated more sales, which in turn may provide it the room to further lower prices. The same could be said about Amazon and it removing a lot of the costs out of distribution and delivery, which increases the sales at the company.

Rising supply is a major problem only if the costs are rising while the price of oil is falling. Otherwise, companies can profitably boost revenue and earnings at a lower price point than in the past.

Just like with retailers that turn over inventory far more than competitors and make money by increased sales, oil producers generate more revenue and earnings by increasing barrels sold, even if the price of oil has dropped. They make less per barrel but more from increased sales. Volume makes up for it.

I'm referring here to the new wells being completed, as the older wells aren't as efficient as the new wells. Once the old wells are worked through, the shale industry will emerge as among the lowest cost producers outside of a few state-owned companies in the Middle East. But even with that in mind, the shale costs are being driven down so much they could come close to those costs within the next year or two.

If you think that's too optimistic of an outlook, at CERAWeek some executives said breakeven was a low as $12 per barrel. Shell (RDS.A) has said its new wells start to be profitable at about $20 per barrel. It's not going to be long before even those low numbers are improved.

The company noted in its latest earnings report that almost all of its locations are profitable "at today's strip pricing," and over 80 percent of them are profitable under $40 per barrel.

Cash costs in 4Q 2016 dropped 7 percent year-over-year, with most of the expense categories lower. Adjusted EBITDA was $255 million in the fourth quarter.

Also important on the cost side, the company was able to get its lease agreements amended with its landowner, the University Land System, which cut back on the royalty rates it will have to pay.

It's easy to see with increased productivity, lower costs and lower royalties, how the company has positioned itself for stronger earnings. Add to that the improvements it'll get from incorporating DNA testing into its operations, and you can see things are going to get better going forward.

And even if the price of oil finds support and royalties climb once again, it doesn't take away from the benefit it gets on the cost side from DNA testing.

Statoil doesn't have the same performance outlook at EP or others working shale have, as its locations aren't as profitable as the Permian is. Its major deposits are in the Bakken, Eagle Ford, and Marcellus.

So far Statoil hasn't been able to match many of its competitors on the efficiency side, as its breakeven point at the end of 2016 was a very high $66 per barrel. Even so, that's still an 35 percent improvement over 2015 costs. The company says by 2018 it should be able to cut breakeven down to $50 per barrel.

That is based upon existing inventory. If it were to acquire acreage in the Permian, it would be able to more rapidly lower its outlook for breakeven.

Embracing technology that can improve its cost structure will help Statoil, especially has it plays catch-up with competitors that have rapidly improved their ability to compete at most oil price levels.

Continuing to remove costs out of the production process is a positive for the shale industry, as it can continue to increase production profitably with their new wells.

Not only is this not bad, it's very good, as it puts more pressure on OPEC and Russia, which don't have a lot of room to lower costs. In regard to OPEC, I'm talking about the low-cost leaders, which also happen to be the top suppliers within the cartel. Russia actually has significant shale reserves, but its exposure to high-cost Artic oil and the ongoing restrictions on acquiring Western tech and equipment, which would boost its performance, makes it difficult for Russia to make cost improvements at this time.

Those with exposure to U.S. shale know that it's the future of oil for at least the next couple of decades. Costs are going to continue to improve, and when they're very close to the best OPEC has to offer, they'll crush the cartel. Already the U.S. is the swing producer. What happens when costs are removed to the point of being almost even with the best OPEC has to offer?

We're not going to see shale producers cutting back on production. It'll be measured and disciplined, but not relevant to concerns on rising supply and lower oil prices offsetting lower costs. It's U.S. shale that has the rest of the world on the ropes, not the other way around.

That doesn't mean high-cost shale producers won't come under pressure, because they will. What it means is the very best companies are starting to rise to the surface, and as they take more market share from competitors, the industry will consolidate further, and they will be in almost complete charge of the direction of oil in the not too distant future.

In my view this is OPEC's last time of attempting to manipulate the price of oil by cutting costs. Shale producers have responded to the cuts by ramping up production. The problem is many investors and analysts continue to interpret this as the result of moderately higher oil prices, when the reality is it's because they can generate profits with oil at a much lower level. That's why an increase in supply is to the benefit of shale producers; they don't have to provide for a country like its OPEC competitors do.

As for DNA testing, it's one more arrow in the quiver of shale producers who have another tool to use to cut costs even further.