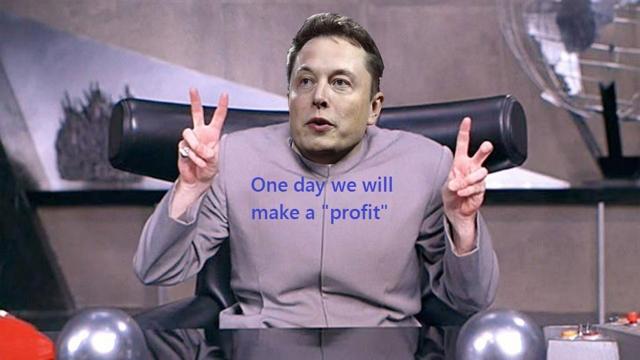 Not a bad valuation for a company that lost $2Bn last year. That's a P/E of infinity and beyond. Of course, you have to hand it to Tesla (NASDAQ:TSLA) as they did deliver 25,000 cars in Q1 and that's up 25% from last year, but at that pace, they would miss their 500,000 car projection by next year by a lot.

General Motors (NYSE:NYSE:GM) MAKES $6 per share and their shares are $34. That's infinity times what TSLA makes and 3 times what TSLA wishes it would make and the stock is about 1/10th the price; yet GM LOST 3.3% yesterday while TSLA gained 7% - this is MADNESS!

Oh, and I forgot to mention that GM also pays you a 4.3% ($1.52) dividend while you own their fine stock. GM also makes the new Chevy Bolt (the Volt is their old model), which is essentially everything the Tesla Model 3 is supposed to be only the Bolt is already shipping and GM already makes 10M cars a year; 100 TIMES more cars than TSLA makes. That's current, proven capacity - not fantasy capacity. 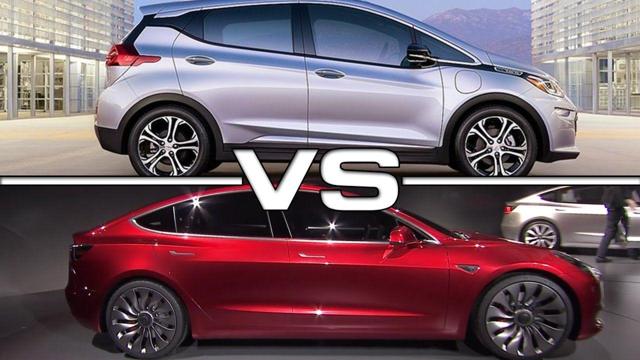 The Bolt is priced at $37,000 WITHOUT the rebate that TSLA includes in their "starting price," and, with the rebate, the net on a Bolt can be less than $30,000 - about 20% cheaper than the not yet available Model 3. Even worse for Tesla, the Bolt gets 238 miles of range and they didn't have to spend $2Bn building a "GigaFactory" to do it.

If GM can buy, off the shelf, batteries that are as good as the ones Tesla HOPES to make in the future - what's the value of their new battery factory? Come on, it's not a brain-teaser - the factory is worth NOTHING - it's a pointless waste of money that was only an excuse for Musk to raise another $2Bn from investors to cover the losses at TSLA. Batteries are a readily available, low-margin commodity and having their own battery factory is nothing more than an expensive distraction for Tesla - one of many.

Back in February, we made great money shorting TSLA when they popped to $280 and we shorted them again at $280 last week, and yesterday we adjusted our April play to a June $300 short, so we're bearish into earnings, but rather than argue Tesla valuations with hundreds of angry fans all day - I'll simply do this. I will bet you that this $5,000 GM trade makes more money than any bullish TSLA trade over the next two years:

So, rather than argue about Tesla and having all the fans tell me how great they are, let's see if any of them can put $5,000 of cash to work and get more than a 258% profit in 2 years trading it. Frankly, I'd be just as comfortable shorting TSLA over the next 2 years, but the point I want to make is that you don't have to chase rainbows to make a fantastic profit. No matter how good you think TSLA is - the value to playing it is nothing compared to investing in a much more solid, and MUCH more reasonably priced competitor.

Now, as to our April TSLA Short, this is what we recently posted:

Looks like TSLA wants to hit $300. Now you know why we can't play that one in the OOP! Meanwhile, in the STP, we have:

I vote for first selling the new short calls and waiting to see if things calm down before buying back the originals. We risk losing $3,000 more if $300 breaks - we can live with that!

Obviously good as a new trade!

We'll see what happens on earnings, but the reason we started with the smaller spread was that we were worried about a run-up into earnings, so now we have a bigger short than we had before.

At least our oil short from yesterday morning's post went well as Oil Futures (/CL) fell from $50.75 to below $50 this morning for a $750 per contract gain and not only are you welcome for that but we're back to $50.65 already, so we get another chance to short into this evening's API report! 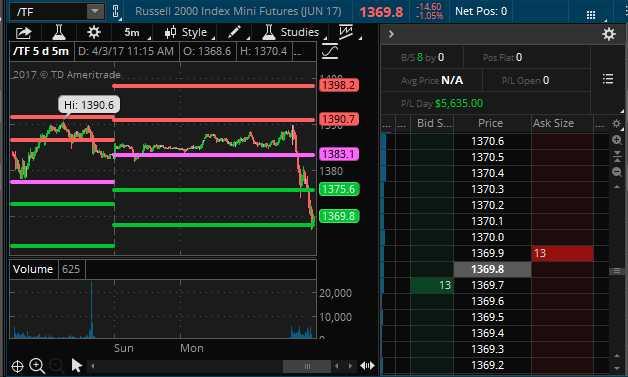 Another Futures short that worked out was our Russell Futures Short (/TF) from last week. We closed those out yesterday with a $5,635 profit, which is not bad for not-quite-a-week's work, right?

Philip Davis
66.48K Followers
Philstockworld.com is the fastest growing stock and option newsletter on the Web. "High Finance for Real People - Fun and Profits" is our motto and our Basic and Premium Chat Sessions offer readers a chance to speak to Phil live during the trading day as well as authors like Optrader, Sabrient, Income Trader and Trend Trader - who send out Alerts during the market sessions and discuss trade ideas live with Members. We even have a new low-cost "Trend Watcher" Membership that lets readers view our chat sessions without directly participating a great solution for people who want to test-drive the site and profit from our experience! Trend Watchers get to view all of our Chat Archives, weekly Webinars - as well as the amazing PSW Wiki, which gives you Phil's recent opinions and trade ideas as well as technical and fundamental analysis of hundreds of stocks that we follow. Philip R. Davis is a founder of Phil's Stock World (www.philstockworld.com), a stock and options trading site that teaches the art of options trading to newcomers and devises advanced strategies for expert traders. Mr. Davis is a serial entrepreneur, having founded software company Accu-Title, a real estate title insurance software solution, and is also the President of the Delphi Consulting Corp., an M&A consulting firm that helps large and small companies obtain funding and close deals. He was also the founder of Accu-Search, a property data corporation that was sold to DataTrace in 2004 and Personality Plus, a precursor to eHarmony.com. Phil was a former editor of a UMass/Amherst humor magazine and it shows in his writing -- which is filled with colorful commentary along with very specific ideas on stock option purchases (Phil rarely holds actual stocks). Visit: Phil's Stock World (www.philstockworld.com)

Disclosure: I am/we are short TSLA. I wrote this article myself, and it expresses my own opinions. I am not receiving compensation for it. I have no business relationship with any company whose stock is mentioned in this article.