In my previous Seeking Alpha article, I recommended buying W.P. Carey (NYSE:WPC), a dividend-yielding diversified REIT with properties around the globe. The REIT has made my portfolio risk more stable, in addition to the increased portfolio dividend yield. In the 1st quarter, I also bought a few short-term bond ETFs as I had a lot of cash sitting in my portfolio.

Once again, I'm looking to reduce my portfolio risk and raise the portfolio dividend yield. For that reason, I'm buying a telecom company.

I have decided to buy Verizon (NYSE:NYSE:VZ) for portfolio optimization and exposure to a high-quality name in the telecom space.

Before I go further into why I like the company, allow me to go into the details of low correlation and beta.

I believe correlations are underrated. Considering the correlation metrics as part of the investment process, it has significantly helped me improve my portfolio. Verizon's correlation to the S&P 500 (NYSEARCA:SPY), on an annual return basis, is 0.69. T-Mobile's (NASDAQ:TMUS) correlation, however, is 0.38. So why not buy the low-correlation stock?

TMUS's annualized standard deviation is 43.92%, while VZ's is only 17.96%. Again, I do not want a higher risk. My goal is to reduce my portfolio risk, with the best companies in its respective sector.

Like utilities, telecoms tend to outperform during a recession. In this interesting article by Fidelity, they state that telecommunications services are frequent outperformers during the recession phase of the business cycle. 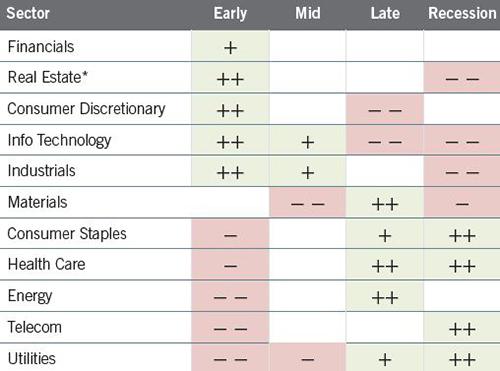 I'm not forecasting there will be a recession. But I still want my portfolio to be balanced during rainy days. 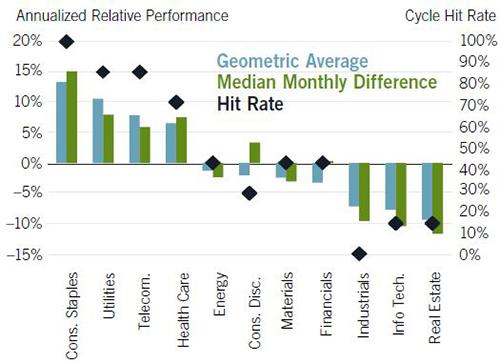 Verizon's current dividend yield is 5.03% or $2.31, which has grown for ten years in a row. I, as an investor, care more about portfolio risk than individual stock risk (beta and volatility are two different things). I want my investment account to grow in a stable fashion with additional money coming in from dividends.

T-Mobile offers very low beta, but its volatility is too higher and offers no dividends. Less-risky Verizon is moderately correlated to the market with a moderate beta. But, why that company?

Verizon's share price plunged since the second half of last year. During the first quarter earnings announcement, investors found out Verizon lost 398,000 retail postpaid phone customers in the first half of the quarter. After going unlimited in mid-February, they started to gain back customers, ending at 289,000 loss of postpaid phone subscribers, 0.27% of total retail postpaid subscribers. It grew a mere 1.2% Y/Y.

95% of Americans own a cellphone of some kind, 77% of them own a smartphone. It's safe to assume there aren't many new customers left in the U.S. One of the ways the carriers poach customers from its peers is by engaging in costly price wars, pushing down margins.

If it's one thing T-Mobile had an advantage over other carriers, it was the price. Of the 10% of people who switched carriers last year, 77% cited price as the reason. Now the benefit for T-Mobile is gone, as AT&T and Verizon introduced its own "all-you-can-eat" plans. I believe T-Mobile's subscriber base won't grow as much as it did in the second half of 2016. With now-affordable prices, and known for its reliable and omnipresent network, Verizon will be able to grab more customers.

I have compared the unlimited plans from the big four carriers. Verizon and T-Mobile, in my view, were very close. Most would say the Un-carrier is better since it's little cheaper than Verizon and taxes/charges are included in the price. All plans include $5-per-month autopay discount. Plus, no activation fee with T-Mobile. But, I personally prefer Verizon for its availability and reliability of the connection.

These unlimited plans start throttling connection speeds after 22GB/30GB amount of data. It does not mean you don't get any data. It just means you get a slower speed in a congested area. An average individual uses about 3GB of data each month. The majority of people use less than 10GB each month.

Why Verizon? More Americans use Verizon, and they are more satisfied with the availability of data connection and network speed than other carriers. I have heard some frustrations of slow speed from New Yorkers using T-Mobile.

Verizon customers are way more satisfied with its availability and reliability of connection than other carriers.

The most important reason people chose their mobile providers is coverage in the U.S., which Verizon excels on.

The second most important reason was price, which Verizon and AT&T recently decided to get on board with unlimited plans as T-Mobile and Sprint did last year. 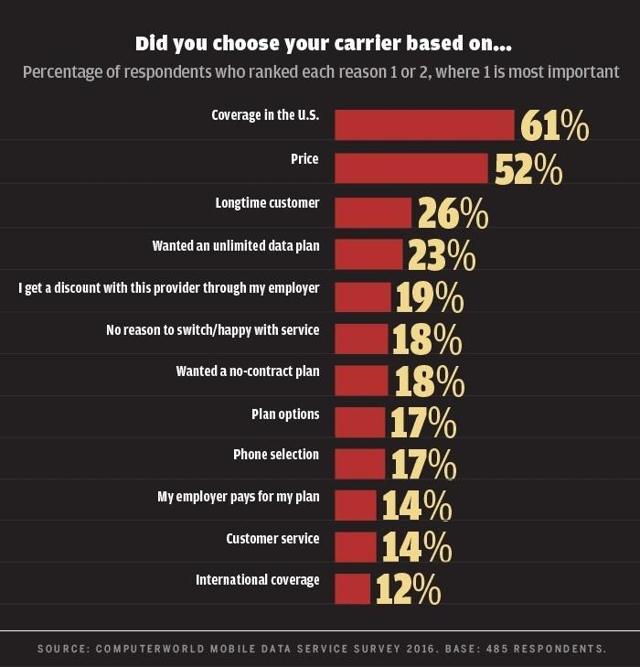 To sum up, I have bought VZ for portfolio optimization and exposure to a dividend-paying and recession-resistant sector. Out of all securities in utilities, telecom, and consumer staples, I chose Verizon because I believe its stock price has been hammered down unfairly. Now that Verizon and AT&T have joined the crowd, they will easily fit in, especially Verizon. Then, T-Mobile's subscriber base won't grow as much as it did before since some attention has been drifted to focus on the big dogs.

After buying VZ, my portfolio dividend yield has increased to 3.04% from 2.8%. The beta, however, rose to 0.46 from 0.37. While the beta increased, the volatility (standard deviations) of the portfolio has decreased.

I understand there might be a lot of disagreements with my argument and not addressing the financial operations of Verizon in-depth. But, I would be glad to answer your questions in the comments. I also welcome your views.

Khojinur Usmonov
134 Followers
Forex, equities and futures trader. FX fund manager. I started trading at 15 after discovering a love for financial markets and research. I like reading financial statements and SEC filings. (Don’t ask me why). These days I write about securities, macroeconomics, real estate, finance, and investment ideas. In addition to running a FX fund, I also trade equities and futures. I run the website www.outofWACC.com where I cover macroeconomics and investment tips. “An investment in knowledge pays the best interest.” – Benjamin Franklin (The face of the $100 bill, of course.)
Follow

Disclosure: I am/we are long VZ. I wrote this article myself, and it expresses my own opinions. I am not receiving compensation for it (other than from Seeking Alpha). I have no business relationship with any company whose stock is mentioned in this article.