The Fed is ignoring the message from the 10Y Treasury Yields.

Even the 10Y T-Bonds are still not fully pricing the significantly reduced chance of Trump reflation.

The most recent developments are very supportive of a bear case for the stock market (NYSEARCA:SPY).

2) What's more important is that the Fed used the opportunity to increase interest rates during the Trump reflation trade - or expectations that the Trump fiscal stimulus would boost the economy and inflation. These were expectations, but based on the recent performance of the 10Y Treasury Bonds (NASDAQ:TLT), as well as the US Dollar (NYSEARCA:UUP), the market DOES NOT expect the Trump reflation anymore. However, neither the Fed policy not the stock market valuations reflect this disappointment.

3) The recent developments with the Trump-Russia investigations have further reduced any chance of expected timely fiscal stimulus - which is possibly not even fully reflected in the 10Y Treasury Bonds. As a result, the yield curve could quickly flatten if the yields on 10Y Treasury Bonds break the important level at 2% and approach the pre-election levels near 1.5%.

4) Most importantly, the stock market leadership has sold-off right after the Comey testimony. This should not be ignored, and not automatically treated as a dip. Whoever sold the FAANG stocks and the semiconductors (NASDAQ:SOXX) (NASDAQ:SMH) is unlikely to rush in and immediately buy back - if nothing but for the tax reasons. 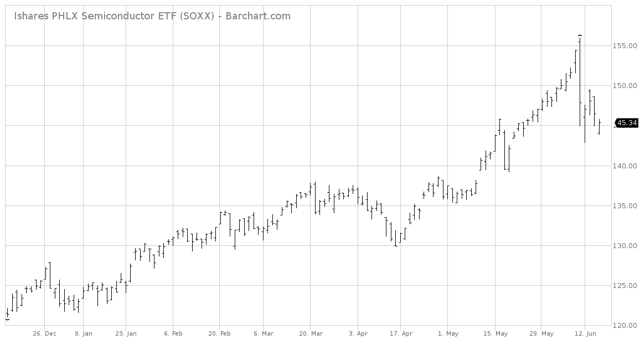 So, we have a materially deteriorating macro situation, with respect to monetary and fiscal policy, in addition to the sell-off in stock market leadership. It seems like a great opportunity to short.

However, bear in mind - the yield curve is still positive. Thus, anybody who shorts now is risking being early. It is still sort of a contrarian trade. As a result, the risk of a short squeeze into a blow-off top is still very high.

Follow Macrotheme Capital Management LLC and get email alerts
+
Add a comment
Disagree with this article? Submit your own.
To report a factual error in this article, click here.
Your feedback matters to us!