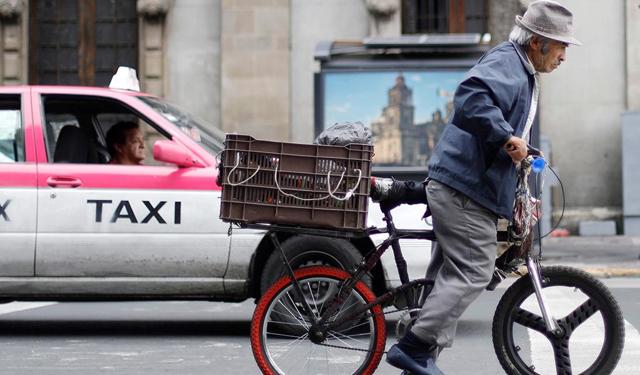 On the move in Mexico City, Mexico: emerging market economies that are transparent with their data can lower their borrowing costs (Photo: Edgard Garrido/Reuters/Newscom)

If sunlight is the best disinfectant, as US Supreme Court Justice Louis Brandeis once famously said, can it also be a money maker? We have tried to quantify the financial gains from greater transparency that emerging market countries can achieve.

Our new research shows that greater data transparency leads to a 15 percent reduction in the spreads on emerging market government bonds one year after the transparency improvements are made.

These countries use an IMF data standards initiative, the Special Data Dissemination Standard, to compile their data, which they publish on national websites.

Using data from 26 countries, we find a statistically significant effect of data transparency reforms on government bond spreads, which is the difference between the interest rate on a US government bond and that on a bond issued by another country. It is used as a measure of a country's risk when it comes to investing.

The figure below shows our main findings: during the baseline horizon of one year, the government bond spread declines by 15 percent, and this effect tends to increase over time. We tested whether other factors - such as better economic conditions - contributed to the reduction in the spread after the adoption of transparency reform.

We did this by focusing on a relatively short period (1-8 quarters) around the reforms to make sure the findings are disentangled from other factors. Second, we show that there is no sign of improvement in a country's economic condition shortly before the reforms. Third, we make sure that other important economic and political events such as a crisis, a loan from the IMF, or the adoption of inflation targeting does not mask the findings. Fourth, we control for additional economic factors that may impact spreads, such as the external debt-to-GDP ratio. We still find a significant impact of the adoption of data standards on government borrowing costs. In this case, the findings still hold.

Walk before you run

While our findings point to the benefits of subscribing to the Special Data Dissemination Standard, we see advantages from adopting a less demanding transparency reform, such as the enhanced General Data Dissemination System. As of June 2017, all the IMF data standards initiatives covered 146 emerging market and developing countries. Since late 2015, 20 of these countries have implemented the enhanced General Data Dissemination Standard to encourage countries with lower statistical capacity to disseminate the data used in their policy dialogue with the IMF. This initiative has been popular, especially in Africa, and the next wave is expected in the Asia-Pacific region:

These countries publish key economic data, such as real GDP growth and the consumer price index, through a National Summary Data Page, which provides policy makers, investors, rating agencies, and the public with easy access to information critical for monitoring economic conditions.

The preliminary experience with the enhanced General Data Dissemination Standard suggests that it improves coordination between a country's central bank, ministry of finance and statistics institute, the three institutions involved in data dissemination. This enhanced coordination represents an improvement in governance.

Transparency through reliable data means policymakers and the public can pursue better policies and create a more resilient economy.

iMFdirect
837 Followers
iMFdirect is the policy blog of the International Monetary Fund. Leading economists and officials of the Fund discuss the IMF’s work and advice on economics and finance at a global and a national level.