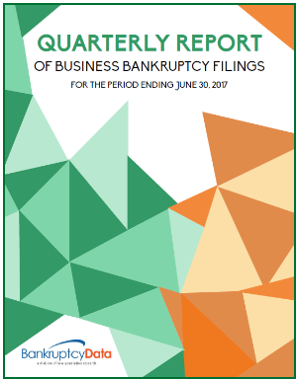 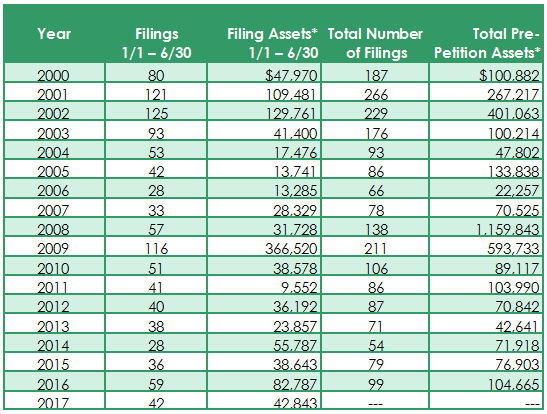 2017's U.S. Bankruptcy Court business filing activity is shaping up as we expected, with counts at or slightly above the 2016 levels but significantly above 2015 and earlier. The Energy sector, though slowing down, is not out of the woods yet. We also expect Retail bankruptcy levels to keep increasing as consumers continue to opt for online over brick-and-mortar purchases in this highly-competitive sector that is already besieged by liquidity issues, ailing credit ratings, unfavorable borrowing terms and more.

George Putnam
1.29K Followers
A graduate of both Harvard Law School and Harvard Business School, George Putnam, III first became involved with distressed securities as a lawyer in the late 1970s. Seeing the inefficient niche that bankruptcies and turnarounds were presented and researched, he founded New Generation Research, Inc. and began publishing The Turnaround Letter in 1986. Since then he has frequently been quoted in Barron's, The Wall Street Journal, New York Times, USA Today and other financial publications. In 1990, he was named investment advisor of the year by USA Today. In addition to his responsibilities at New Generation Research, Inc., Mr. Putnam also serves as a trustee for The Putnam Companies, a mutual fund group with over $100 billion in assets.