Red Hat (NYSE: RHT) has been transforming itself into a major player in the cloud market. Red Hat has made hybrid cloud technologies a key focus area for their growth. Its hybrid cloud offerings are based on Red Hat Openshift for Platform-as-a-Service (PaaS) and Red Hat OpenStack for Infrastructure-as-a-Service (IaaS).

Historically, Red Hat has been, what many would consider, a purely Linux Operating System shop. They have and continue to generate a substantial percentage of their subscription revenue from their Linux Operating System business. In fiscal years 2014, 2015 and 2016, their infrastructure-related business accounted for 76.3%, 74% and 72.1% of total revenue. But, their Application Development related business has been accounting for a greater share of the total revenue. In fiscal years 2014, 2015 and 2016, this division accounted for 10.8%, 13.2% and 15.7% of the total revenue. 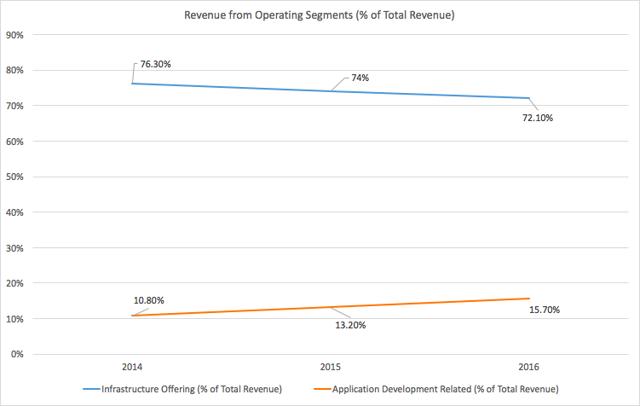 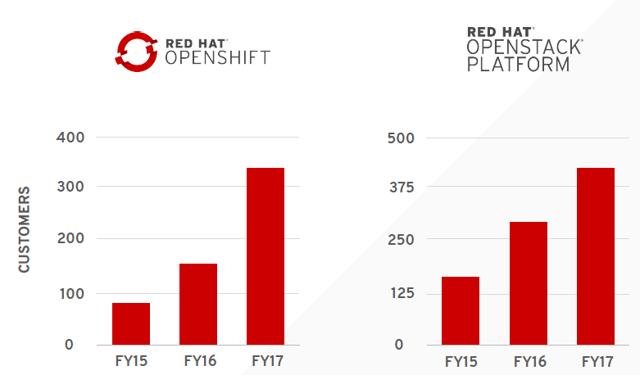 There is a strong case to be made for the growth of the hybrid cloud. Many companies do not wish to be tied too closely to any one public cloud like Amazon Web Services or Microsoft Azure. If they can host their mission critical applications in their own data center or colocation facility that would give them greater control and oversight over their proprietary data. In the age where data is sometimes more valuable than the widgets that these companies sell, having control over data is extremely critical. There is also the challenge of transporting vast amounts of data from a data center into a data center owned by a public cloud vendor. Applications are useless without the data. The size of the application is small and can be migrated to a public cloud easily compared to the task of migrating data that has been gathered over the years or even decades. Transferring 100 petabytes of data over a 1 Gbps connection could take more than 20 years and so Amazon introduced a product called AWS Snowmobile to help transfer vast amounts of data from a customer’s data center into their data center. The snowmobile is a 45-foot long ruggedized shipping container that is stacked with storage and can transfer up to 100 PB of data from a customer’s data center into an AWS owned data center. 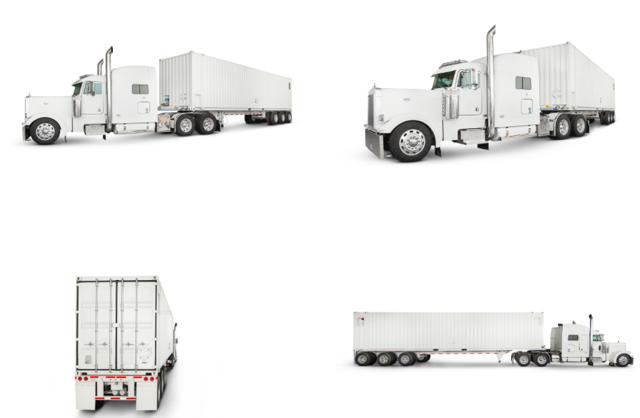 A hybrid cloud gives a company the option to host their applications and data on premise and then extend into a public cloud as demand arises or even use a public cloud for certain niche applications. There are also companies out there who are reluctant to host any business on Amazon Web Services (AMZN) out of fear of letting a competitor profit from their business. Recently, Wal-Mart (WMT) has asked some of its vendors to build services on AWS's rivals. Beneficiaries of this mandate by Wal-Mart are companies like Microsoft (MSFT) and Red Hat.

According to NIST, any cloud computing model needs to have these essential characteristics:

If a company can gain these benefits from a hybrid cloud platform while maintaining control over their data and application environments, they would choose this option. The cost of the solution is also an important consideration and any hybrid cloud should be fairly cost competitive to a public cloud. Red Hat’s hybrid cloud offering, which is based on open source technologies, may be the closest to matching the cost of public cloud vendors while offering benefits of full control over the environment. Hybrid cloud products allow companies to balance both their data governance and cost considerations. Red Hat’s revenue from application development-related and other emerging products was about $322.98 million for the fiscal year ended in February 2016. For the quarter that ended on May 31, 2017, they had generated about $138.54 million in revenue for that division that represents a growth of 40.7% a year-ago quarter. Since hybrid cloud solutions involve multiple products, Red Hat may also be seeing larger deal sizes. But, hybrid cloud solutions may take longer to sell given the complexity of the solution and the need for the customer to rethink many of his business processes.

Momentum is on the Red Hat’s side when it comes to their cloud business. Expect great things from them in the future. They may prove to be a strong competitor in the cloud.

Prasanna Rajagopal
861 Followers
Prasanna Rajagopal comes with in-depth knowledge of the technology industry, having spent over 15 years in various sectors of the software industry. Prasanna loves to learn and write about business and investment opportunities in technology, media, retail, and industrial companies. Prasanna has a M.B.A. from UCLA Anderson School of Management, a M.S. in Industrial Engineering from Wichita State University and a Bachelor's degree in Mechanical Engineering from University of Madras.