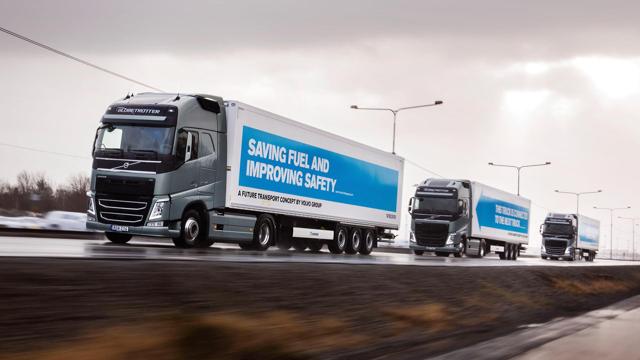 OMG Is That A Tesla Truck Convoy?? Already?? Must Be Since Nobody Else Has The Tesla Platooning Technology!!

In a few previous articles (I, II, III), I have already covered Tesla’s (NASDAQ:TSLA) position in the race towards the fully autonomous car. Rest assured that Tesla's position isn’t pretty. But of course, Tesla believers wouldn’t have any of that. For them, faith is stronger than any data showing Tesla to be behind.

Today, I have a few more data points to show how this self-driving ruse is evolving. Let us consider, then …

The LA To NYC Autonomous Trip

In a bid to show just how advanced Tesla is, Elon Musk has promised that by the end of 2017, Tesla would demonstrate a Model S going “from a parking lot in LA to a parking lot in NYC with no controls touched in the entire journey."

That sounds impressive. For the believers, such an achievement would herald the arrival of self-driving cars. It would cement Tesla’s leadership in the field. It would erase any doubt, if ever there was any. 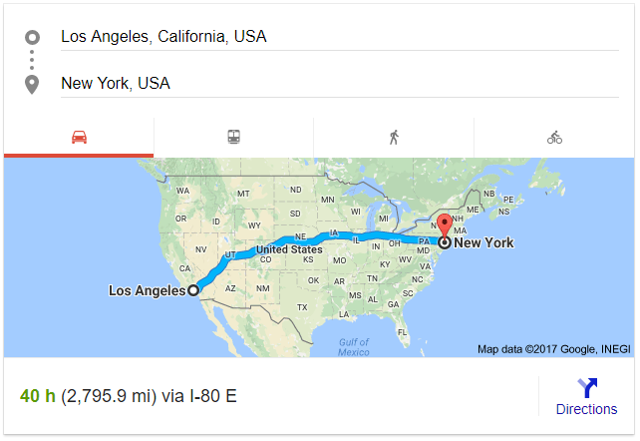 This ought to be proof enough, for anyone serious, of just how far back Tesla stands in the autonomous race. Oh, and in case you think you'll get Tesla's self-driving software right after Elon Musk demos this "achievement," you won't. It will be just a demo, versus Google or GM (GM) which are already giving trips to outsides regularly.

Another interesting development on the “race to autonomy” is that Tesla is now selling cars with an updated hardware suite. That is, the currently shipping cars have hardware “2.5” versus the hardware 2.0 which was shipped from Q4 2016, and which was billed to be enough to reach full self-driving at SAE Level 5.

While Tesla has un-officially promised that past customers will get the new hardware for free if needed, this still presents a negative development. It makes no sense to improve the hardware if you only need weaker hardware to fully accomplish your self-driving promises. Moreover, the previous hardware was a selling point not just for those who incomprehensibly paid for the $3,000 FSD option, but also for those who didn’t buy autopilot features at all, or just bought EAP (Enhanced AutoPilot).

Moreover, with Tesla having Jim Keller working on hardware, it’s clear that the hardware revisions won’t stop here, even though Tesla promises Level 5 self-driving ability all the way back to AP2. Never mind that Tesla can’t even be sure of achieving good enough self-driving at this point, no matter what the hardware is (the problem isn't completely solved for Tesla or anyone else, so while companies can have expectations about possible end-dates, they can't have certainties).

Tesla is always thick with new promises. For most, these promises sound like innovation, like Tesla is ahead. As I showed a few times (and again in this article), Tesla’s self-driving development severely lags what others are accomplishing or even accomplished years ago.

Still, Tesla always has a new promise. What is the latest self-driving promise? Well, Tesla is supposedly about to show self-driving on trucks. And more specifically, Tesla is about to demo self-driving trucks doing “platooning.” That is, a convoy of trucks autonomously following a lead truck (which can be driven by a human). This sure looks like a way to cut trucking costs (both fuel and labor) doesn’t it? Tesla is really thinking forward, isn’t it?

To put it in other words, this technology which seems to innovative when brought to you by Tesla, has already been in development and was demonstrated by several other competitors as far back as half a decade ago.

Tesla has been achieving something extraordinary: it manages to plant the idea that it’s a leader in many fields, even when there’s very concrete evidence to the contrary. This seems to be achieved through capturing an audience that at the same time idolizes Tesla and lacks actual knowledge of the developments in the fields Tesla claims to lead in.

Ultimately, since Tesla’s lead isn’t a reality, this will come back to bite the believers. This will happen in several ways:

Please don't shower me with "Tesla is up bwahahaha." I know it's up. I know it can head higher. Indeed, if you ask me, it looks like it can't but head higher, no matter what the facts are. That doesn't change the facts.

Paulo Santos
23.08K Followers
Author of Idea Generator
Our goal is to beat the S&P500 and to provide consistent positive returns.