There are large holders of the common stock, but none have absolute control. Ownership summary from SEC form DEF 14-A follows:

Also, as of June 30, 2017, the following holders filed ownership positions:

The recent proxy disclosed that the company proposes to increase the number of shares under its equity incentive plan from 300,000 shares to 500,000 shares.

The above insider purchases, option grants, and proposed equity plan increases suggest that senior management appears to be constructive on the company's future.

Schmitt owns three buildings in Portland, Oregon, with total square footage of 40,500. In reviewing the company's assets, I found that the company is now offering to lease out its classic headquarters building with 7,700 square feet. Link to real estate flyer here.

Property values in Portland command high rental rates. On different websites, I found the asking lease rate is $25/SF/month. Perhaps at the annual meeting on October 6th, the company will clarify its real estate right-sizing strategy.

Schmitt does not speak much about the growth in Xact Tank Monitoring sales. It is possible, however, to extract quarterly sales from SEC documents. What's intriguing here is that once Schmitt's device is installed, there are regular service fees paid by users. The company's customers include Superior Propane (Canada), Suburban Propane, Amerigas (APU), Pacific Propane, Termo Gas (Mexico) and other regional distribution companies.

The company has competitors offering various fill-level gauge configurations, but no competitor offers exact fill levels in real time based on direct satellite reporting. Here is a summary of its proprietary patented product offerings:

Schmitt Industries was granted the U. S. Patent # US8104341B2 on Jan. 31, 2012, (with 53 claims) which is the key IP protection for its proprietary Xact tank monitoring system. Here is a graphic schematic of how the sensor sends monitoring data to the GlobalStar satellite, which then is beamed to the GlobalStar earth station for further delivery to the Schmitt secure network (providing extensive data on each monitored tank): 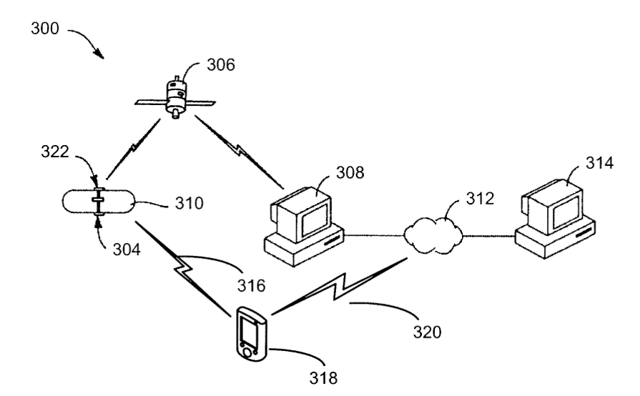 In addition to the above-claimed system, Schmitt also has a patent pending regarding its event monitoring system.

Operating margins are not broken out, but my guess is that Xact as a free-standing business would command multiples of about 2x-4x revenue. Since Schmitt's market cap is only $5.0 million, I think its shares represent an attractive way to own an interest in the Xact Tank Monitoring System.

Schmitt Industries is a conservative company and has not drawn much attention to its gem, Xact operations. Here is Schmitt's earnings release for 2017.

The shares of Schmitt Industries represent a value play based on the company's high net current assets and book value noted above, the potential impact from successful real estate right-sizing and, most importantly, the high growth potential of the Xact Tank Monitoring System. It is hard to find nano-cap stocks with such high-value lines of business, no debt and significant intellectual property.

Miles P. Jennings
161 Followers
Now in beta stage at CryptoWeighter.com, we will be introducing a portfolio analytic tool for cryptocurrencies in June 2020.
Follow

Disclosure: I am/we are long SMIT. I wrote this article myself, and it expresses my own opinions. I am not receiving compensation for it (other than from Seeking Alpha). I have no business relationship with any company whose stock is mentioned in this article.