Kinder Morgan (NYSE:KMI), which sought to begin construction on the Trans Mountain Expansion this month, is about to enter an immensely turbulent period. Multiple serious threats will converge on the company and delay construction of the Expansion. First, the government of British Columbia has taken concrete actions which will severely impede the planned construction schedule. Second, strategic litigation by various groups could delay the project. Finally, an Indigenous-led campaign of civil disobedience could bring the province to its knees and force the federal government to respond militarily. Investors wishing to avoid this debacle should not invest in Kinder Morgan.

I published an article on June 16, 2017 titled "Kinder Morgan Trans Mountain Pipeline Expansion Imperiled By Political, Social, And Legal Factors." In that article, I discussed the array of obstacles which stand in the way of Kinder Morgan's completion of its proposed Trans Mountain Expansion Project. At the time, the political situation in British Columbia was in flux and Kinder Morgan's proposed construction schedule was several months away. Now, the political situation has become clear and the company is already falling behind on its schedule.

It should be made clear from the outset that I am not alone in my view that the Expansion could be halted by external forces. Kinder Morgan Canada's investment prospectus which preceded the company's IPO stated that:

The development and construction of the Trans Mountain Expansion Project and other major expansion projects, are subject to significant risk and, should any number of risks arise, such projects may be inhibited, delayed or stopped altogether.

The Expansion Project, if completed, will increase the capacity of Kinder Morgan's Trans Mountain system from 300,000 BPD to 890,000 BPD. As demonstrated in the route map below, oil will be transported from Alberta to the British Columbian coast. From there, the oil will be exported to customers around the world. 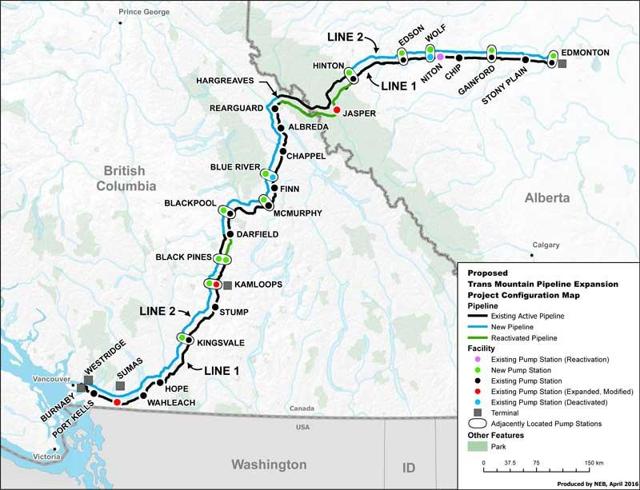 There are three unique obstacles to the completion of the Trans Mountain Expansion, each of which could significantly delay the project's completion. Assessing each risk paints a bleak near-term picture for Kinder Morgan.

The recent British Columbian election yielded a joint governance framework between the Green Party and the New Democratic Party. As suggested by their names, these parties lean to the left. Both parties are opposed to the construction of the Kinder Morgan pipeline.

Kinder Morgan Canada itself has acknowledged that governmental change could kill the Expansion, stating that "changes in government, loss of government support, public opposition and the concerns of special interest groups and non-governmental organizations may expose the Business to higher costs, delays or even project cancellations."

Several writers on Seeking Alpha have been quite optimistic that the governmental change is inconsequential. John Engle, for example, in his recent article titled "Kinder Morgan: The True Scope Of Political Risk Facing Trans Mountain," argued that "the NDP want to stay in power, which means accommodating the Greens, but they do not want to isolate themselves. A token resistance and extraction of some more concessions is the game plan, not scuppering Trans Mountain entirely." With all due respect to the author, this statement is not only simplistic and inaccurate, but liable to mislead Kinder Morgan shareholders. The company's investors must be made aware of recent indications that the NDP-Green alliance seriously wishes to kill the Expansion project.

On Aug. 10th, it was announced that the provincial government had blocked Kinder Morgan's ability to conduct any construction activities on public land. This is a massive blow to the Expansion and cannot be labelled as "token resistance." The provincial government made another significant decision on the same day as it hired famous lawyer Thomas Berger. 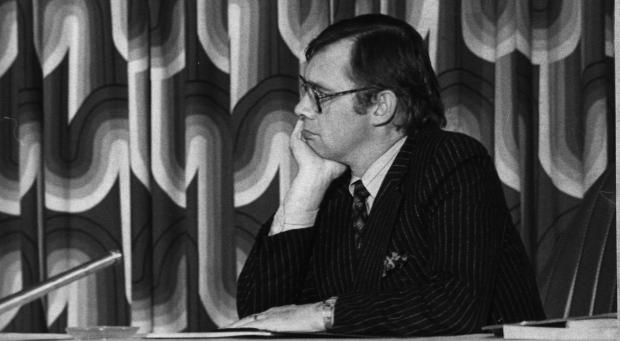 Berger is a former B.C Supreme Court judge with significant experience with environmental and Indigenous rights litigation. CBC stated that Berger "is perhaps the closest thing to a bona fide legend in B.C.'s legal and social justice circles and literally wrote the book on stopping pipelines."

The new provincial government has made several consequential decisions which have already impacted the Expansion project. The hiring of Berger represents the government's intention to continue to creatively oppose the Expansion in the future. This discussion brings us to the next threat to the Expansion: an avalanche of strategic litigation.

Litigation against the Expansion has piled up and now includes 15 individual judicial reviews of the government's approval of the project. These judicial reviews have been consolidated into one hearing and will be heard by the Federal Court of Appeal in October. Many of the claims concern the government's alleged failure to consult and accommodate Indigenous peoples over their constitutionally protected rights.

The plethora of claims should deeply concern Kinder Morgan investors. The plaintiffs simply need to win one of the 15 claims in order to significantly delay the project. Kinder Morgan must win every single one. The odds, in other words, are stacked against the company. To make matters worse for Kinder Morgan, the provincial government was granted intervenor status to formally join the legal challenges against the Expansion.

If the provincial government and the legal challenges do not halt the construction of the Expansion, a concerted campaign of Indigenous and environmental civil disobedience likely will.

Canada has experienced waves of Indigenous civil disobedience which have crippled entire geographic areas for prolonged periods. The Oka Crisis, pictured below, demonstrated the enormous potential for civil unrest which has been brewing in Canada for centuries. In B.C, the Gustafsen Lake Standoff awoke British Columbians to the simmering Indigenous discontentment in their own backyard. In both cases, the military was called in to quell the unrest. 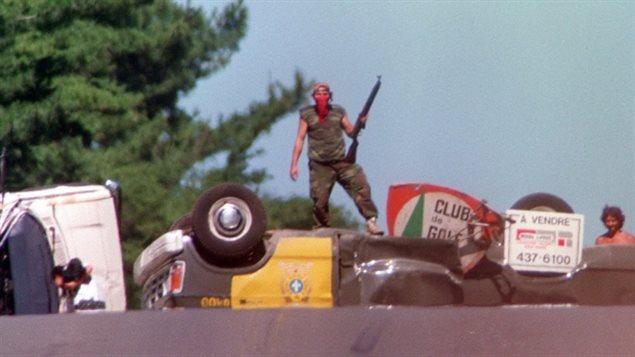 Indigenous activists recently begun building houses directly in the line of the Expansion, promising "the next Standing Rock." This is a reference to the fiery clashes which took place in North Dakota as Energy Transfer Partners undertook construction of the Dakota Access Pipeline. 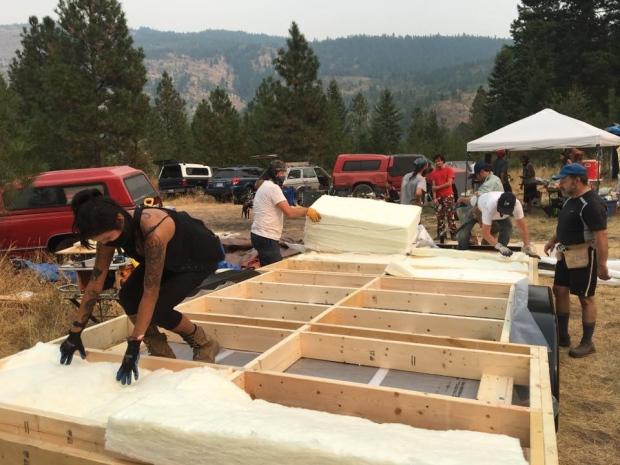 The Canadian government now faces the unpalatable decision of bulldozing the houses of Indigenous peoples in order to support an energy company. To do so would only serve to enrage the Indigenous population in B.C. Kinder Morgan is caught in the middle of this battleground.

The Kinder Morgan Trans Mountain Expansion will likely be scrapped. Multiple factors will converge at once causing severe delays to the project. Shareholders wishing to avoid the impending chaos should reconsider their positions in Kinder Morgan. It would be wise for investors who have not taken a position in the company to wait until the Trans Mountain Expansion is scrapped before investing.

Disclaimer: Any information contained in this article should be considered general information and does not constitute legal or professional advice.

Jesse Donovan
741 Followers
B.A, University of Toronto. Juris Doctor, University of Saskatchewan.I am an individual investor focused on biotech, technology, and natural resources. I have also recently started covering the marijuana industry.I often write about undervalued biotech companies with significant potential to disrupt existing markets. I will increasingly cover the market for recreational and medicinal marijuana which is poised to rapidly expand as legalization takes place in Canada and several American states. I am a graduate of the University of Saskatchewan College of Law and have spent several years researching the interaction between Indigenous rights and natural resource development in North America, Australia, and New Zealand. Much of my writing on Seeking Alpha focuses on the impact of social, legal, and political factors on the North American resource extraction sector.