A brief history of the EV industry

The birth of the EV industry is usually pegged to the summer of 2008 when crude oil prices peaked above $140 per barrel. Tesla (NASDAQ:TSLA) was a few months from launching its electric Roadster and I started blogging on battery investing for Seeking Alpha.

At the time, the DOE and everybody in the auto industry pegged their EV hopes and dreams on lithium manganese oxide, or LMO, and lithium iron phosphate, or LFP, batteries. The reasons were simple. Both chemistries had great performance profiles for EVs and both chemistries were made using cheap and abundant raw materials – lithium, manganese and iron.

The sole renegade was Tesla, which planned to use consumer grade cells and a nickel-cobalt chemistry instead of more costly automotive grade LMO and LFP cells. Tesla's theory, which had more than a touch of genius, was that using consumer grade cells would allow it to over-build its battery packs to improve safety and slow cell degradation while pitching a 300-mile range with neck snapping acceleration as major advantages, even though most Tesla owners would crawl through city traffic with the rest of us and average less than 35 miles of daily driving.

While Tesla's electric muscle cars have always been energy, emissions and economic nightmares, the sales pitch resonated with one percenters who were drawn to Tesla's richly subsidized eco-bling like moths to a flame.

The consumer response was so strong that most players in the EV industry are moving away from LMO and LFP batteries and embracing high-energy nickel manganese cobalt, or NMC, batteries.

The EV industry's transition away from cheap and abundant raw materials in favor of costly nickel and cobalt will not end well.

Over the last 18 months I’ve repeatedly cautioned readers that intrinsic and unavoidable constraints on cobalt production would create insurmountable obstacles to the widespread deployment of long-range EVs with high energy nickel-cobalt batteries.

While the problems will be shared by all automakers that have launched or plan to launch EV products with nickel-cobalt batteries, most will be able to roll with the punches and adjust their business models to accommodate the vulgar exigencies of cobalt production dynamics.

Tesla stands alone as an EV manufacturer that cannot implement its business plan, or for that matter continue in business, without easy access to unlimited cobalt supplies. In my view, Tesla's failure to secure a robust and reliable cobalt supply chain before starting construction for its Nevada Gigafactory is the biggest OOOPs in the history of supply chain management.

Frankly, Tesla’s cobalt predicament reminds me of the cliff sequence in the 1991 movie classic Thelma and Louise: 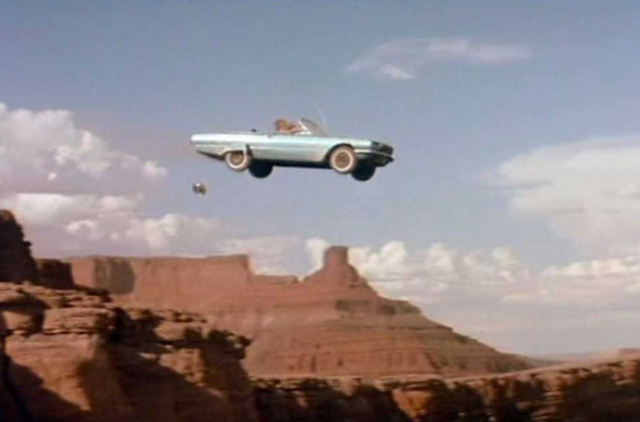 In March 2016, the first of my five prior articles on the Cobalt Cliff explained:

In the last 18 months, several events, developments and reports have corroborated, ratified and reinforced my original thesis, including:

Until recently, I wasn’t completely convinced that leading automakers were truly committed to their EV initiatives. While the Chinese are deadly serious about promoting new energy vehicles as a mean of reducing pollution in their mega-cities, Nissan (OTCPK:NSANY), Tesla, GM (GM) and BMW were the only western automakers with credible EV programs. That dynamic changed after dieselgate when VW came to the EV party with a vengeance, partly as penance for past sins and partly in response to Germany’s increasing political support for electric drive.

In its “Global EV Outlook 2017” the International Energy Agency summarized the electric car ambitions of the world’s automakers as follows:

With an average cobalt content of 8 kg per car, the 41,200 tonnes available for EV batteries in 2025 will only support the manufacture of 5.15 million EVs, a little over half of the aspirational totals set forth above.

At this point I have to believe the EV revolution has entered a melee phase where there won’t be enough cobalt to satisfy everybody’s needs and anyone who wants to play the game will have to stand toe-to-toe and compete for cobalt supplies with China Inc. and six of the world’s ten largest automakers.

I don’t think Tesla is up to the business challenge establishing robust and reliable supply chains in the face of relentless competition from the big boys.

I know it lacks the financial strength to stand toe-to-toe with the big boys in a bidding war.

Benjamin Graham, the father of value investing, once explained that in the short run, the market acts like a voting machine – tallying up which firms are popular and unpopular. But in the long run, the market acts like a weighing machine – assessing the substance of a company. Tesla is clearly a voting machine stock that will maintain an irrational value until the market starts to act like a weighing machine. Since I expected Tesla’s stock to crumble when it was trading in the $30s, I haven't a clue when that will happen.

This article focuses on a third reason why I think Tesla’s business model is fatally flawed and its inherent investment value is zero. I will discuss others in future articles. The biggest challenge with macro issues like the cobalt supply and dynamics discussed in this article is that it’s almost impossible to predict when an unavoidable outcome will occur. In my experience, being right about an unavoidable outcome too early isn’t much better than being wrong.

Since Elon Musk is the most talented stock promoter I’ve ever seen and I’ve never shorted a stock, I have no advice to offer Tesla bears. That being said, I wouldn’t own an un-hedged long position in Tesla because the downside risk is enormous.

From my perspective the only safe place to watch this circus is the sidelines.

570 Comments
To ensure this doesn’t happen in the future, please enable Javascript and cookies in your browser.
Is this happening to you frequently? Please report it on our feedback forum.
If you have an ad-blocker enabled you may be blocked from proceeding. Please disable your ad-blocker and refresh.