In this article, we'll look at where things stand with the sales scandal for Wells Fargo and Co. (NYSE:WFC). Also, CEO Tim Sloan cited three areas of concern that could impact Q3 earnings.

The thorn in the side:

The sales account scandal continues to be a thorn in the side for Wells Fargo. Although the stock has remained relatively stable over the past few weeks, financial fallout from the scandal may jeopardize that stability during the upcoming Q3 earnings release in mid-October.

Wells Fargo executives didn't help themselves either when they underestimated the number of unauthorized accounts by 67%, this according to an independent study released in August. It's now estimated that 3.5 million accounts were potentially unauthorized.

Above table is from Wells Fargo presentation released on September 20th.

Wells Fargo also went on to summarize the damage so far to the bank, at least financially speaking. And in the press release, they summarized the total fines so far:

If we thought that perhaps the stock could recover now that the report has been completed, we only have to look at the statement from WFC on the subject of class-action settlements:

Over the next two months, both Wells Fargo and the court-appointed claims administrator will be sending communications about how to join the class to current and former Wells Fargo customers.

Whether the number of additional settlements is significant or not is to be determined. Regardless of the number and I believe it will be immaterial compared to the revenue generated by the bank, it most certainly assures that the scandal will remain in the news for months to come. As a result, the stock price is likely to face headwinds during rallies while the declines are likely to be exacerbated by any lingering news of the scandal.

Warnings from the desk of the CEO:

The CEO, Tim Sloan warned of three areas of potential negative impact on Q3 earnings in the presentation at the Barclays Global Investors Conference this month. 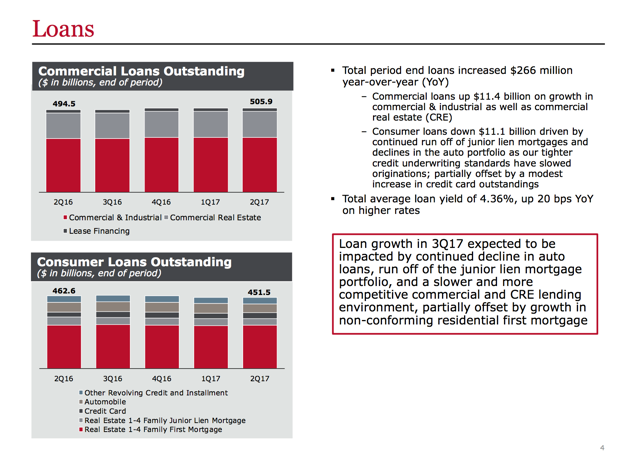 Here are the net loans for WFC as of the Q2 earnings release.

We can see that loan growth was flat and given the warning from Sloan, I don't believe we can expect any improvements in Q3.

Data in the table from SeekingAlpha.com, balance sheet for Wells Fargo.

In short, if WFC had flat to declining loan growth q/q in Q2, it's unlikely that'll improve in Q3 given the yield environment and the negative developments from the sales scandal. 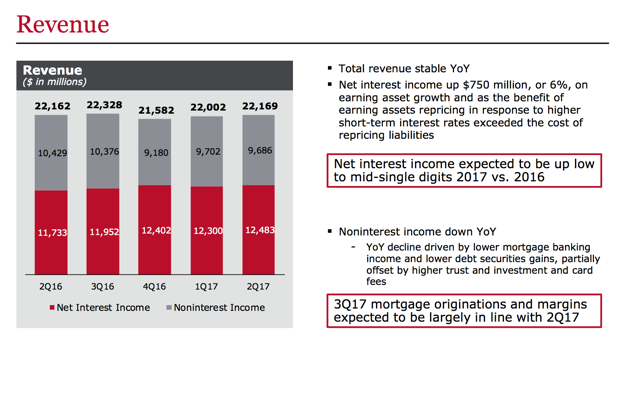 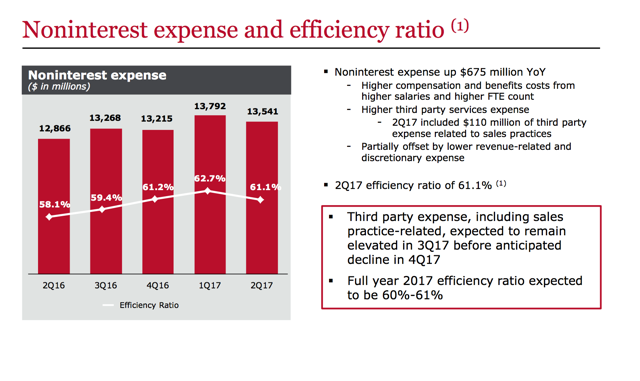 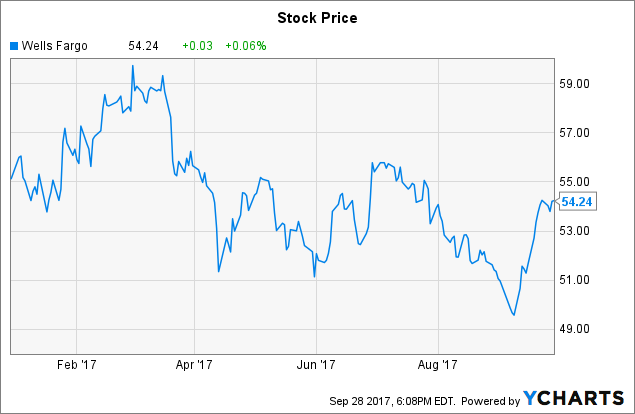 Any rallies in the stock will be good for investors that are long but might be short-lived if Q3 earnings disappoint and there are additional class action settlements.

Watch for any more settlement news since Sloan said customers have two months to join the settlement. This timetable takes us into the 1st half of Q4 meaning Q3 is already in the books and we're likely to see more fallout in Q4.

Perhaps the extent of the fallout will be limited and short-term in nature. However, from a risk management standpoint, the stock remains at risk for declines, despite the Fed's hawkish monetary policy.

In my opinion, the Fed is currently saving WFC's stock from getting hit hard since the fundamental backdrop is so bullish for banks. In any other environment, the stock price would be much lower. On the bright side, Sloan can take advantage of the hawkish monetary backdrop by taking the medicine required and put the scandal behind them once and for all.

The long-term outlook for banks is bullish based on improved economic conditions and higher yields. It would be sad to see Wells not participate in such a bullish environment. The bank is still a powerhouse and the sooner they get the scandal behind them, the sooner they can get back to solid earnings growth.

Either way, the Q3 earnings report is going to be one to watch. I'll have a follow-up article in a few days outlining the specific levels that might trigger on an upswing or down move in the coming weeks. Please don't forget to become a follower to have the article emailed to you (see below).

Good luck out there.

Author's note: If you like this article and would like to receive email alerts stay up to date on Wells Fargo, banks, equities, and commodities, please click my profile page, and click the "Follow" button next to my name, and check "Get email alerts" to receive these articles sent via email to your inbox.

You can also find the "Follow" button at the top of this article next to my name. And of course, feel free to comment below if you have any questions, or send me a private message by clicking the "send a message" link on my profile page.